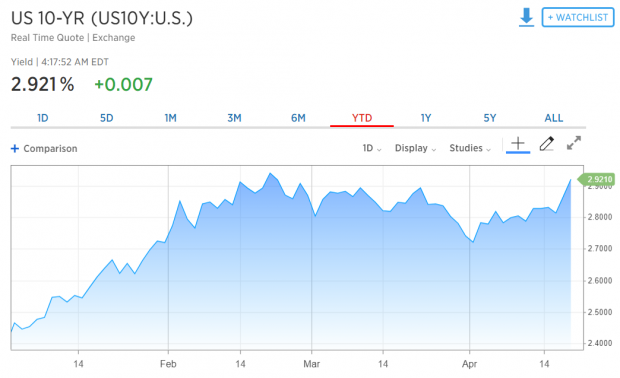 So here’s an interesting concept. Rather than simply accepting the extreme volatility that is inherent in cryptocurrencies, a project called Basis just raised $133 Million to create a new stablecoin.

The idea is to implement an algo-driven monetary policy, similar to what central banks do but without human interference. Of course, as with most crypto-related projects the success will hinge on marketing and implementation.

It would seem rather difficult to start in places where the home currency is already rather stable so it looks likely that Basis will be looking to third world countries to get started.

Though this project could likely provide an excellent case study for economists I do believe that it’s going to have a very difficult time obtaining their first million users. Competition is stiff in this space and I’m not sure that being stable is enough of a unique selling point to convince citizens of the third world to make the change.

Once again, the bond markets are under pressure. Just like the sell-off in early February, analysts do seem to have trouble explaining why this is happening.

Here we can see the Yield on the US 10 Year Treasury since the beginning of the year. 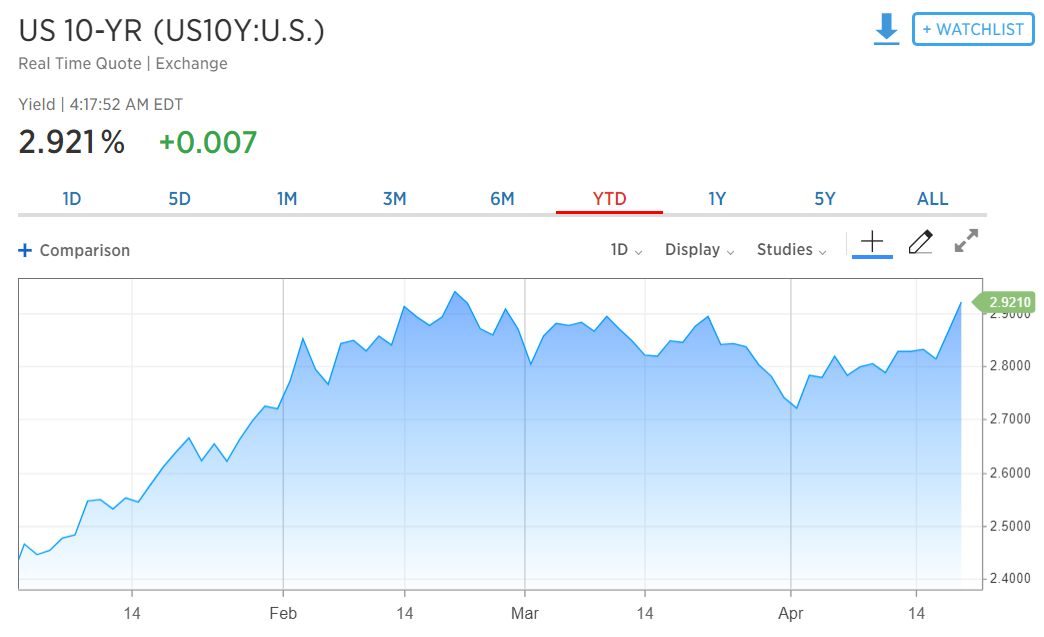 This is putting a bit of pressure on stocks at the moment. Though not many investors are going to give up a stock position in favor of a 3% bond yield, the current volatility in the more stable bond market does have a way of shaking out the weaker hands in the more volatile stocks.

US Indices fell yesterday and Asian markets followed their lead. European markets are somehow holding in green so far this morning.

For those searching for stability in their portfolios, commodities may have an answer. Here we can see that Gold and Oil are outperforming the S&P500 and EUROSTOX50 so far this year.