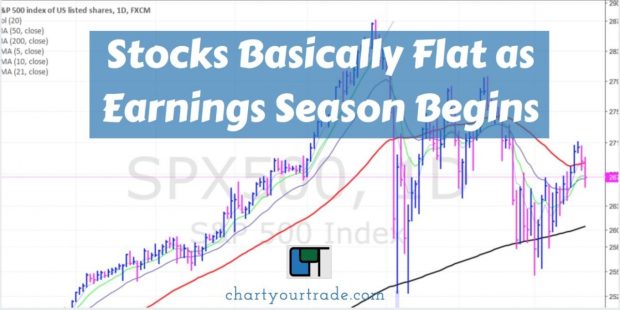 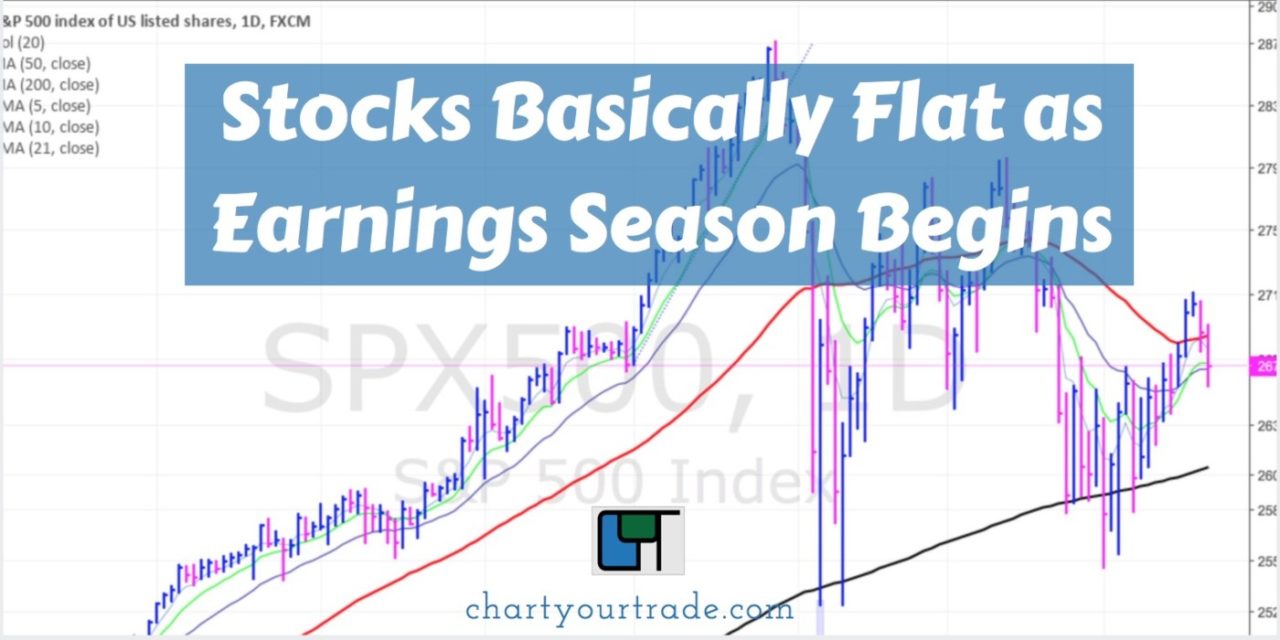 Stocks opened the week on a positive note but ended relatively flat as investors continue to digest a slew of earnings. So far, most of the companies that have reported earnings have beat on both the top and bottom line which is an encouraging sign. It is important to keep in mind that we are only one week into earnings season and there are still a slew of companies that are slated to report earnings.

Technically, the market started the week below its 50 DMA line and ended the week near it. For now, this is an important area of support that the bulls want to defend in order for the market to head higher in the weeks ahead. On the other hand, if the bulls can’t defend the 50 DMA line over the next few days, then we have to expect that sloppy sideways action to resume between the 50 and 200 dma line. For now, I remain optimistic because the long-term technical and fundamental action remains healthy.

A CLOSER LOOK AT WHAT HAPPENED LAST WEEK… 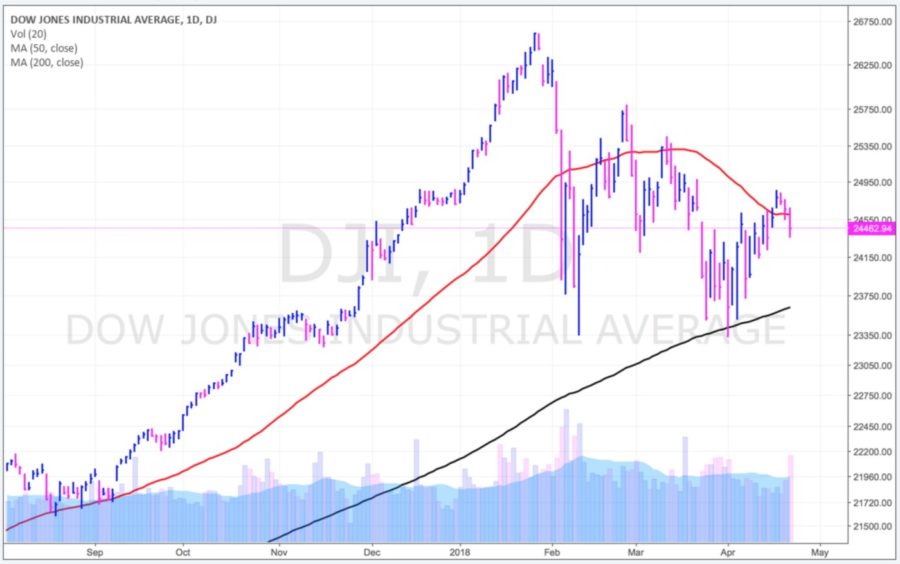 On Monday, stocks rallied over 300 points after fears eased regarding the situation in Syria. Elsewhere, Bank of America and Netflix were some of the high profile companies to report earnings on Monday.

On Tuesday, stocks jumped over 200 points helping the major indices jump back above their respective 50 DMA line as investors digested the latest round of earnings data. UnitedHealth rallied over 3.5% after it reported better-than-expected earnings and raised its outlook for 2018. Goldman Sachs fell after posting better-than-expected earnings and revenue for the first quarter, boosted by a 38 percent jump in equities trading revenue. However, the stock fell after encountering resistance near its 50 DMA line. Johnson & Johnson fell after reporting earnings.

Stocks were relatively quiet on Wednesday as investors digested a slew of earnings data. IBM gapped down after reporting earnings which weighed on the Dow. Elsewhere, transportation stocks rallied after CSX posted quarterly results that easily beat Wall Street estimates, boosted by a series of cost-cutting measures. The transports also rally after United Airlines also beat estimates. According to Thomson Reuters, 79% of the S&P 500 companies that had reported through Wednesday beat estimates which is a healthy sign.