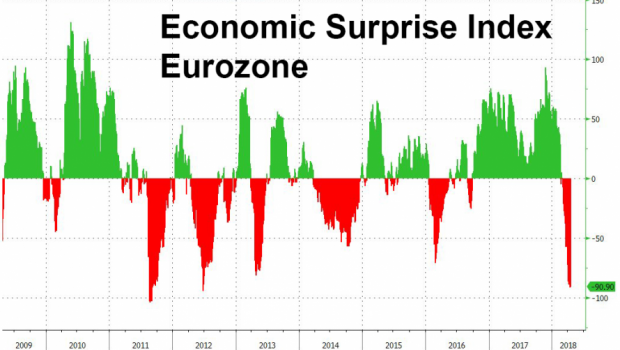 As we have showed repeatedly over the past month, the European economic imploding, and nowhere is this more obvious than the Citi Eurozone Economic Surprise Index why will soon hit its post financial crisis lows. 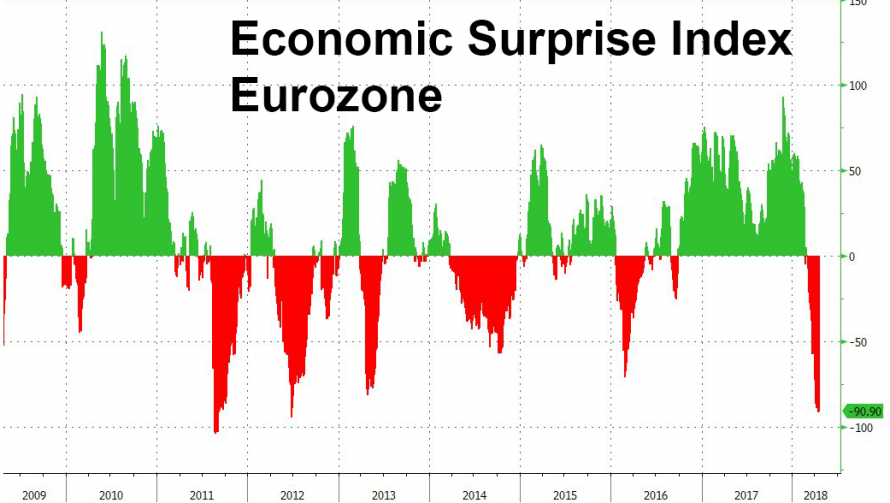 It appears that after weeks of dithering, someone at the ECB also figured out how to pull up this chart on their Bloomberg because moments ago, and one month after the ECB first admitted that things are not ok when the central bank cut its 2019 inflation forecast, arguably due to protectionism concerns… 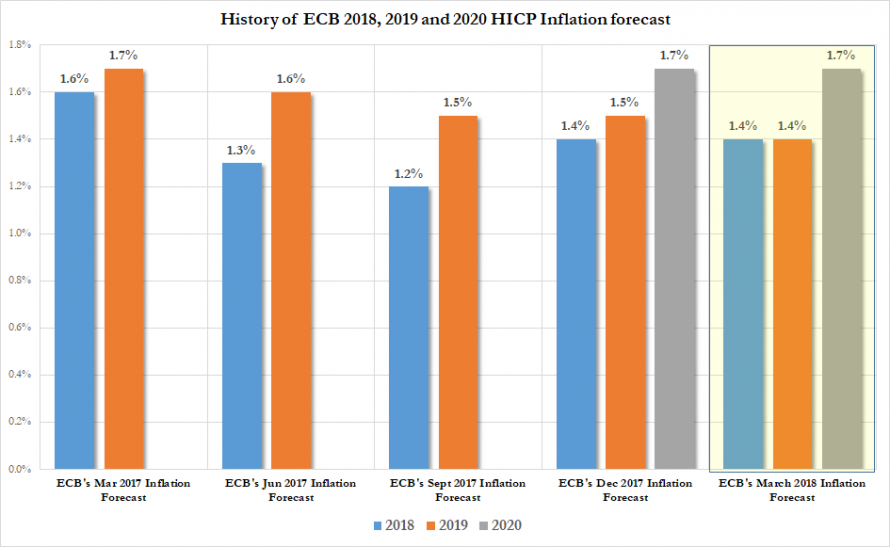 … Mario Draghi finally admitted what we all know:

To be sure, Draghi also brought up the usual spate of platitudes he mentions every time, including that: “Notwithstanding the latest economic indicators, which suggest that the growth cycle may have peaked, the growth momentum is expected to continue”, that protectionism “may have already had some negative impact on global sentiment indicators” and that “while our confidence in the inflation outlook has increased, remaining uncertainties still warrant patience, persistence and prudence with regard to monetary policy.”

His conclusion was the punchline: “An ample degree of monetary stimulus remains necessary.”

Which leads us to the second point. As Draghi was speaking, Bloomberg reported the latest ECB “trial balloon” according to which Central Bank policymakers “see scope to wait until their July meeting to announce how they’ll end their bond-buying program”, according to euro-area officials familiar with the matter.

In other words, so much for the ECB tightening, or being able to tighten, any time soon.

Governing Council members want sufficient time to judge if the economy is overcoming its first-quarter slowdown, the officials said, asking not to be identified because the internal deliberations are confidential. That could mean the June meeting, which would have the advantage of linking the decision to updated economic forecasts, might be too soon.

Some governors don’t see any need to change the ECB’s guidance on interest rates at the same time, arguing that they can afford to wait to see how the market reacts to the announcement of an end-date for quantitative easing, though not everyone agrees. The officials said there have been no formal discussions at all on a strategy for rates.