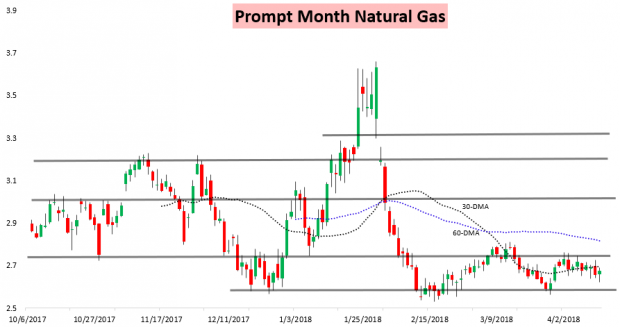 May natural gas prices recovered some of yesterday’s losses as strong cash prices early in the day pulled the May contract off its lows. Prices ended up settling up a bit less than a percent on the day. 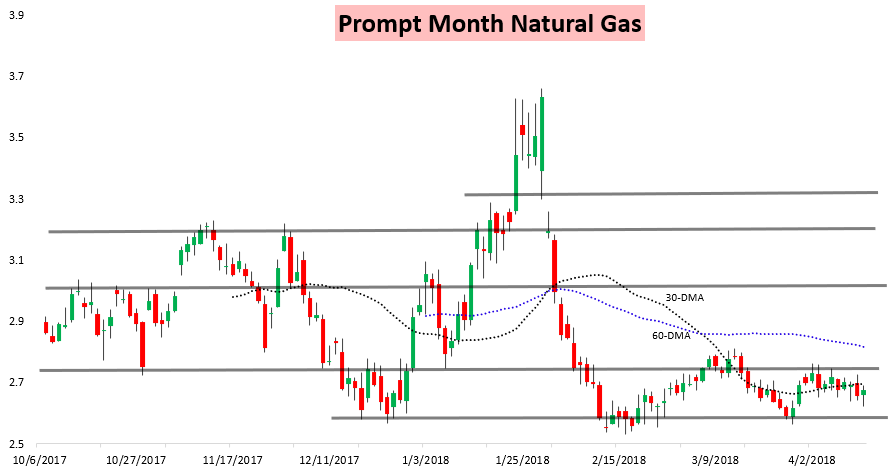 The signature of a cash-led rally was clearly seen today with gains strongest at the front of the natural gas strip. 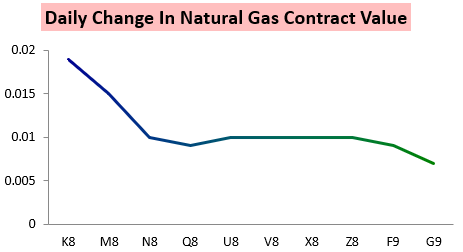 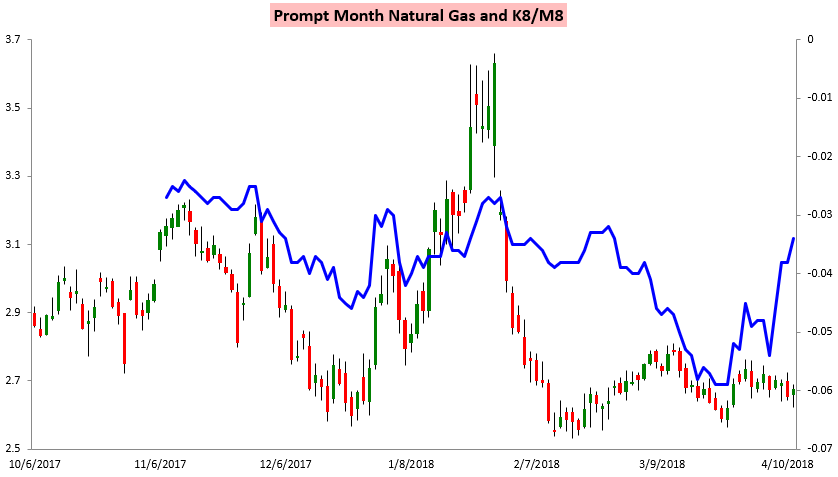 Before the cash rally this morning though prices moved within one tick of the $2.62 level we had been watching, which we alerted subscribers to this morning in our Morning Text Message Alert.

Meanwhile, weather continues to help keep cash prices elevated and has contributed to this large rally in the K/M spread. The result is that K/M is the second narrowest it has been this far from expiry since 2012, a testament to limited storage levels and very impressive April cold. 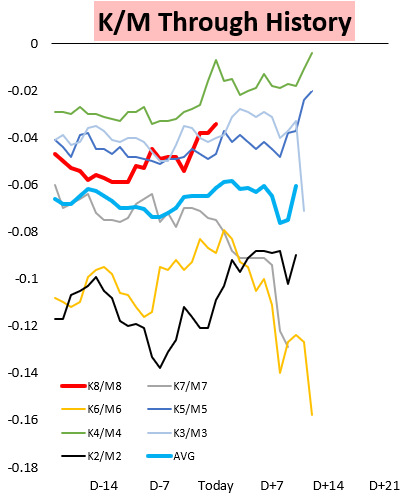 This was seen in our Morning Update, as even though overnight model guidance lost a bit of demand heating demand far above seasonal averages remains likely into the final week of April. 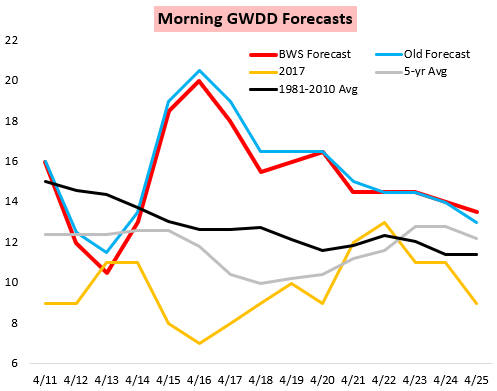