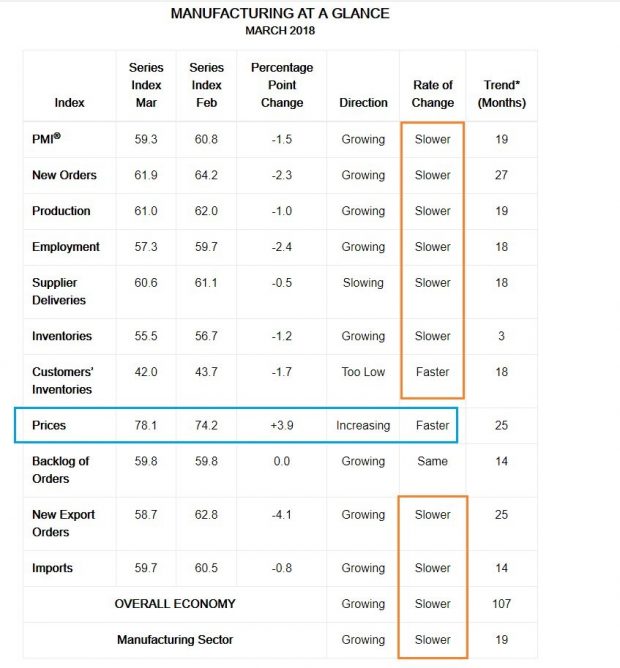 The ISM manufacturing report for March was solid as the PMI was 59.3 which is 1.5 points below February’s result and 0.9 points above the 12-month average. The table below gives you a summary of the data. As you can see, the growth mostly slowed down. The orange boxes highlight the weakness in the rate of change terms. Personally, I don’t love to use that because there are many times where the rate of change gives a false signal. The economy and data points aren’t a perfect sine wave. There are many fits and starts which make the data jumbled. For example, the PMI fell from September to November, but since then, it has never been below November’s result. Furthermore, the February PMI was the best in over a year, so that’s a tough comparison. I’d need to see a PMI in the low 50s to make me nervous.

The other important aspect is that this survey report was consistent with the strong manufacturing sector in February. The overall economy was weak in February, but manufacturing was a bright spot. The PMI in March is consistent with 4.9% GDP growth which is beyond even the highest estimates for growth. Other areas are weighing GDP growth down. As you can see from the blue box, the prices index increased 3.9 points which shows inflation accelerated in this sector. 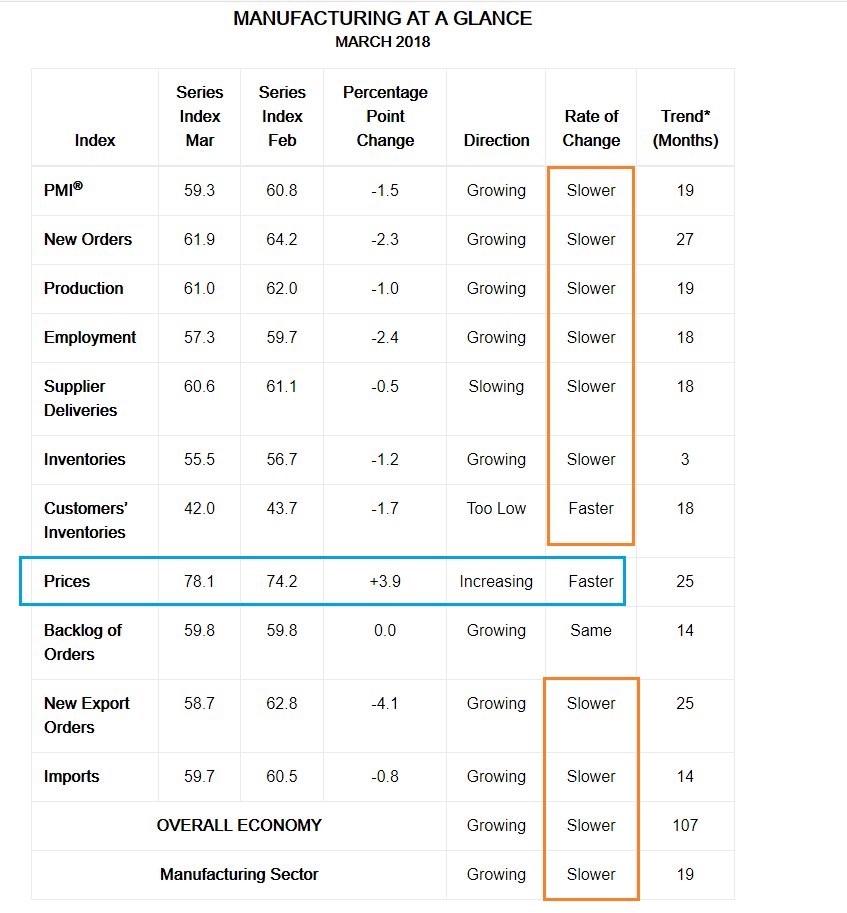 Furthering the notion that this wasn’t a weak report, the chart below shows the historical results of the manufacturing backlog. As you can see, the backlog is the same as the last report which was the largest since 2004. This signals the demand exists; there just needs to be more production in the next few months to meet it. This data quells my concern that the manufacturing sector will weaken towards the end of the year. I don’t expect the average of the year to be as high as the Q1 average which was 59.7, but it shouldn’t contract. 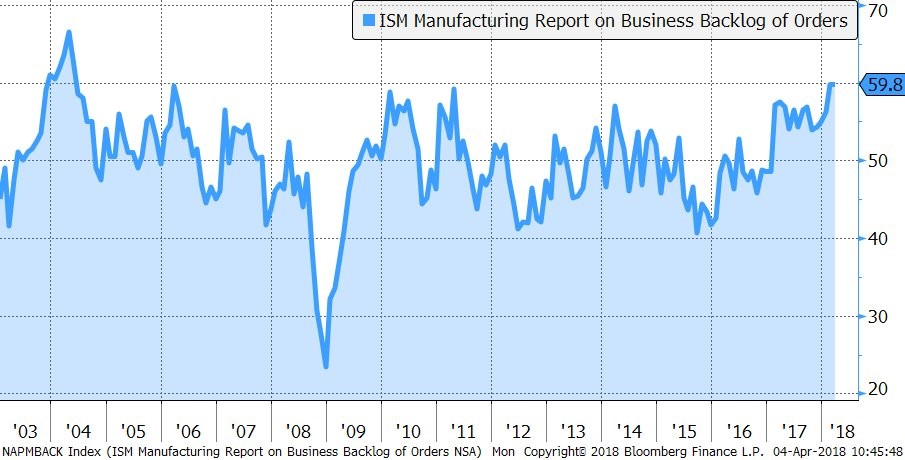 As I discussed in a previous article, the inventory weakness and trade balance prevented the Q4 GDP growth from being 4.5%. As you can see from the chart below, 23.7% of ISM respondents stated inventories were too low which is much higher than the 7.8% of respondents who said inventories were too high. Inventory investment cut GDP growth in 2017 by 0.3% per quarter. In 2018, it looks growth will be helped by inventory investment since inventories appear to be low. The inventory situation is a lagging indicator as the 2017 economy accelerated, but excess inventory needed to be worked off because the weakness in 2015 and 2016 built it up. Now since the economy was strong in 2017, inventory needs to be created. This could help the weakening economy in the first half of 2018. For the reports so far this year, it looks like that’s the case as inventory investment caused the Atlanta Fed Q1 GDP Nowcast to increase from 1.8% to 2.4% last week.