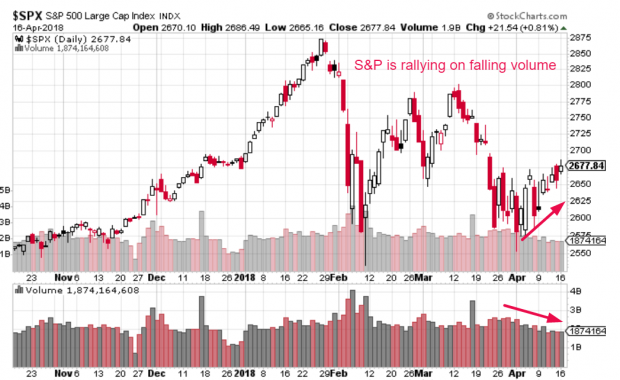 Study: A Stock Market Rally On Low Volume Is Not Bearish

This simply isn’t true. As we said in Don’t use volume for trading,

Rising/falling volume isn’t a bullish sign or a bearish sign. It just is. Volume is mostly irrelevant. It doesn’t give you much of an edge in the markets.

The S&P 500 is rallying on falling volume right now. 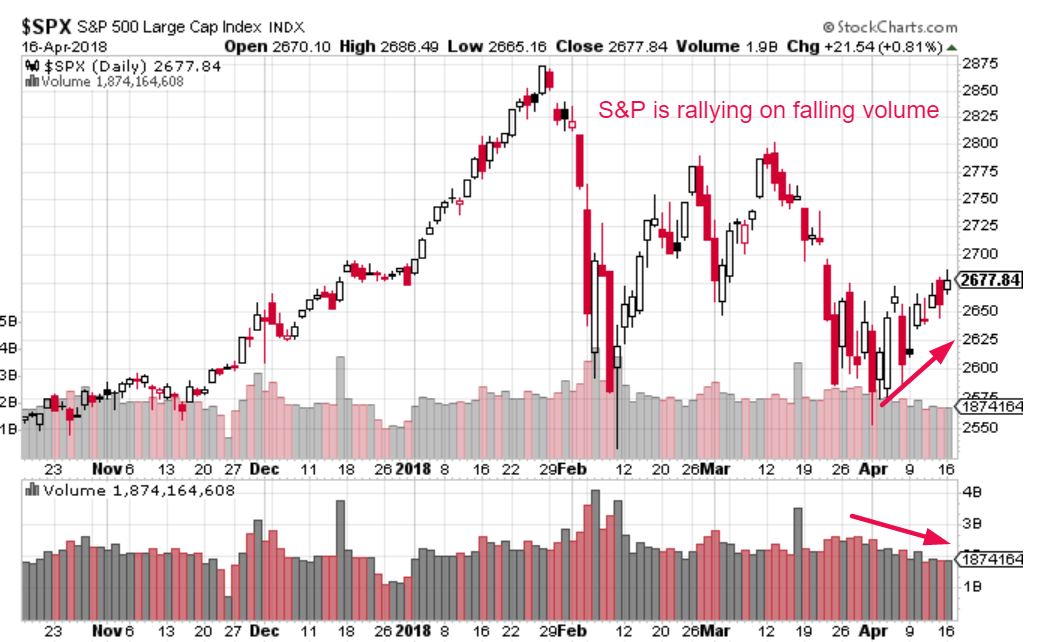 Here are the historical 10%+ corrections since 1998. (The S&P has fallen 11.8% so far a of April 2018). Notice how there is no consistent correlation between the market’s volume and its post-correction rallies.

This means that a post-correction rally with falling volume is NOT a bearish sign. It is not an “ominous sign” for the stock market. It’s an irrelevant sign.

Here are the bottom dates for those corrections:

Let’s look at the S&P 500’s volume during each of these times. 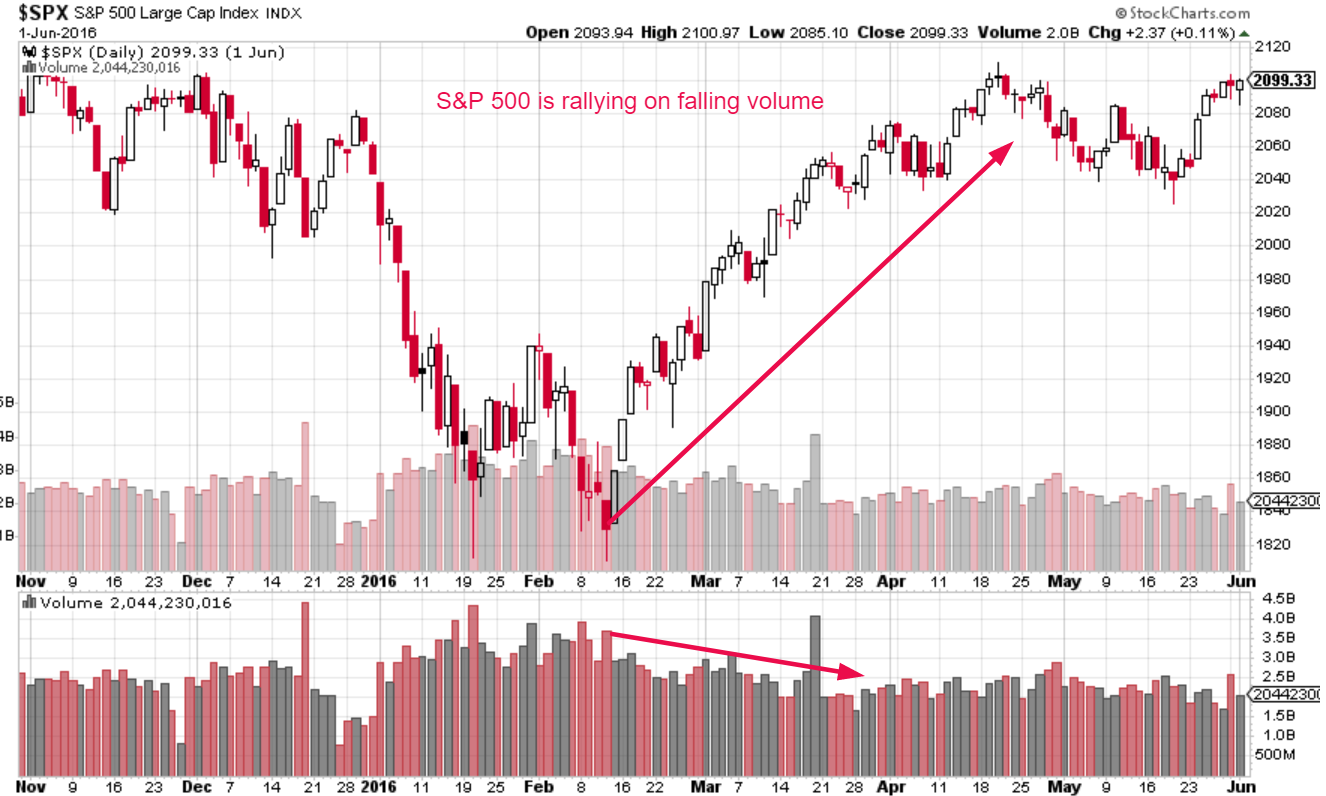 The S&P 500 ended its 10.9% “small correction” on June 4, 2012. The subsequent post-correction rally occurred on flat-falling volume. The stock market rallied in a choppy manner. 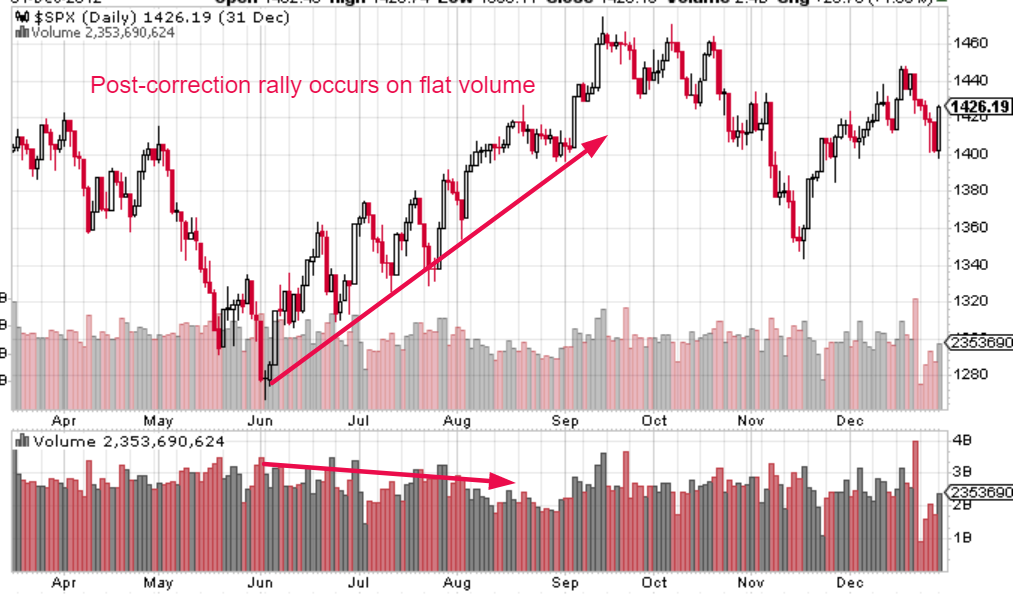 The S&P 500 ended its 21.5% “significant correction” on October 4, 2011. The subsequent post-correction rally occurred on falling volume. The stock market rallied in a very choppy manner with big waves.