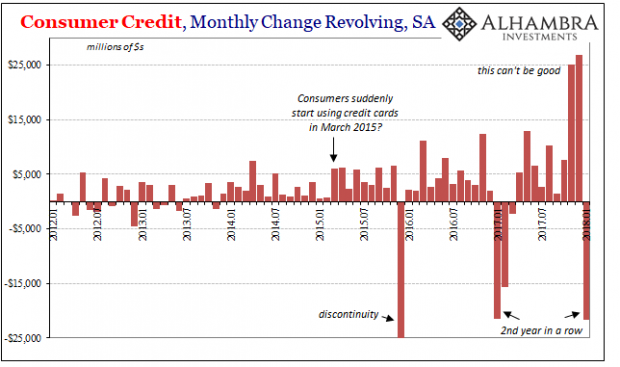 One of main elements of the true seasonal Q1 weakness, or what has been called residual seasonality, has been the embrace of revolving credit. The Federal Reserve’s statistics for consumer credit over the last two years has displayed a pronounced trend, especially at the end of last year. Americans had, it seemed, made heavy use of credit cards (and other forms of revolving lines) up until the Christmas holiday to splurge significantly beyond income capacities.

When those credit card bills came due early on in the following year, spending would diminish as would revolving credit growth. Economic activity was essentially pulled forward by the necessity of using a debt plug because of consistently weak income growth; and over the past few years as income and the labor market have both slowed even further. 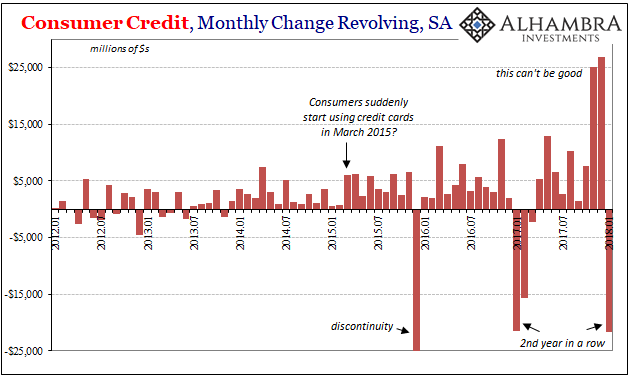 The initial run of estimates for residual seasonality in revolving credit were astounding, shocking even (above). As such, they have been substantially revised according to the latest benchmark revisions in the series (below). These big swings around year end have been smoothed out in a more sustained non-seasonal upswing. 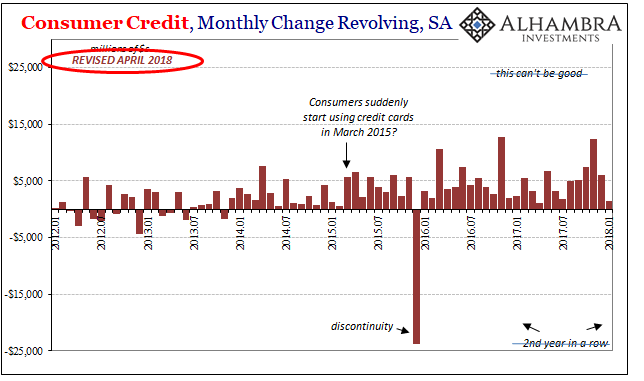 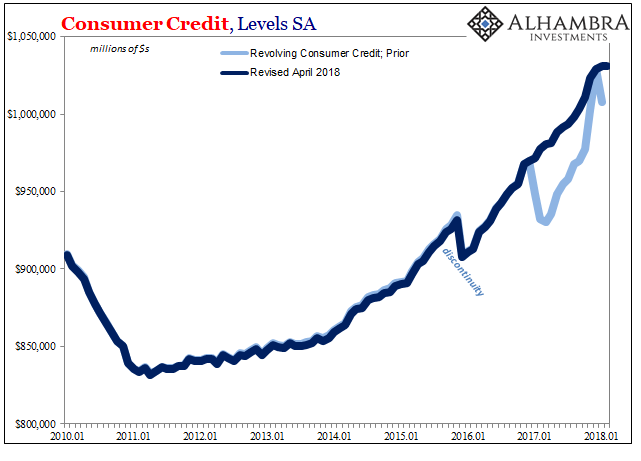 While that changes the magnitude of whatever has taken place, residual seasonality of the same type hasn’t been removed from the figures. Only the intensity has changed however you view whatever subjective process goes into these revisions. The Christmas pattern remains, centered squarely on the month of November. 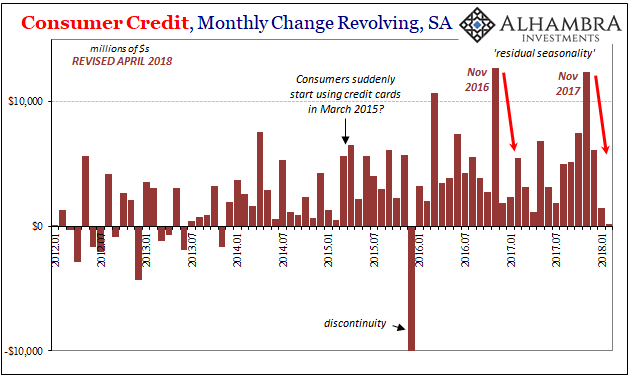 It isn’t the massively violent swings in revolving credit use of last year’s benchmarks, but the outlines of the same consumer problems remain regardless. At +$12.3 billion for November 2017, that’s less than half the gain figured under the prior benchmarks but still among the highest single-month changes in the series. December’s estimate was pulled back, but January and February are clearly much weaker in revolving use (though, again, not nearly so pronounced).