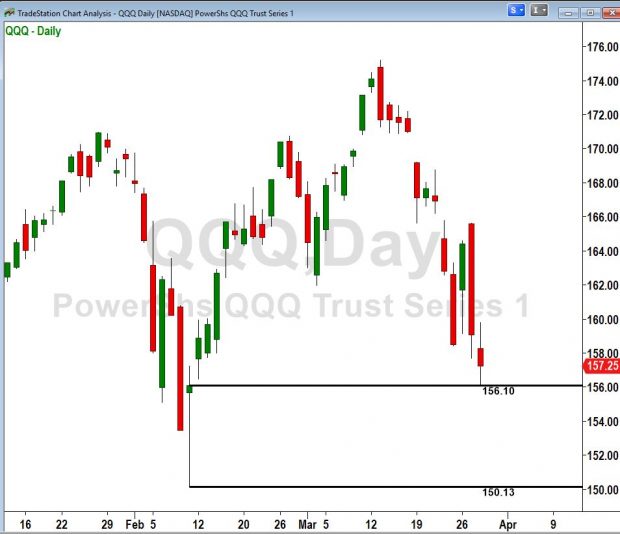 My last article was called The Level One Blues. It described how to construct option positions in more than one way. This is useful if the option approval level assigned to you by your stockbroker is a low level. You can read more about what option approval levels are and what they mean in the last article. I’ll expand on the idea of synthetic options further here.

Below is today’s chart of QQQ, the exchange-traded fund for the Nasdaq 100 index. With multiple tech stocks having recent bad news, and other issues, the ETF had fallen quickly to around $157. There was an apparent demand zone just below, with a low around $150. Because of recent market price volatility, options were quite expensive. 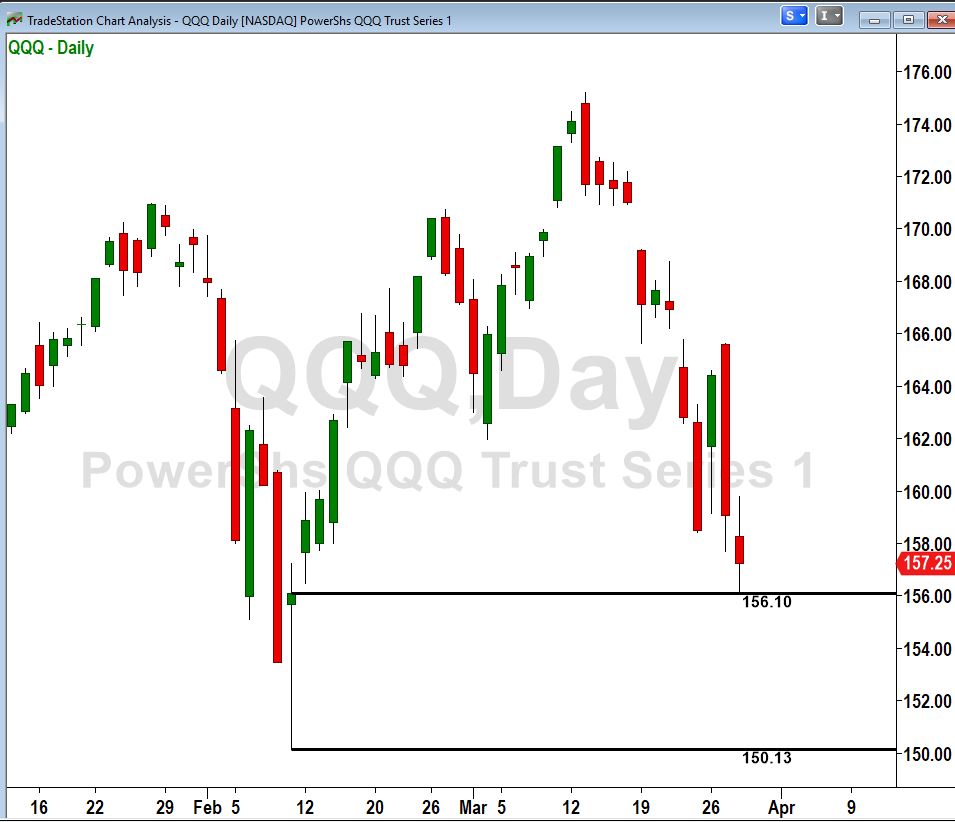 Let’s say you believed that QQQ was not likely to drop below $150 in the next few weeks, and that you wanted to benefit from the current highly inflated option prices. A common strategy would be to sell (short) a put option at the $150 strike price. The 150 puts expiring in 22 days at that strike could be sold for $2.12 per share, or $212 per contract.

Each put option sold would obligate you to buy 100 shares of QQQ at $150 each, for a total of $15,000. But this obligation is only a contingent one. You would not actually be required to buy the stock unless it was below $150 when the options expired.