Since the BTFD crowd and “it’s still a bull market” imbeciles were after me today, I thought this would be appropriate…………..

As we move deeper into the year 2018, and as the market slips lower, I am increasingly confident that the gargantuan bull market that started on March 6 2009 ended on January 26 2018. We all know that no one rings a bell at the top………but I think we’re all starting to hear the ringing anyway.

With that in mind, I decided to take a look backward at the kind of chatter that was going on in mainstream financial media when the market was peaking. What became quickly there clear was two “legendary” voices – – Bill Miller and Jeremy Grantham – – took center stage and encouraged people to throw all their money into an equity market that had already gone up over 300%.

Let’s start with the first “legend” – – Bill Miller – – who in January 2018 (that is, the month the market reached its highest peak in human history) notified planet Earth that the market was going to “melt up” by 30%.

Below is the chap making this prediction. I dunno, but it seem to me the only thing reliably melting up is his consumption of hamburger sliders. But let’s not get sidetracked. 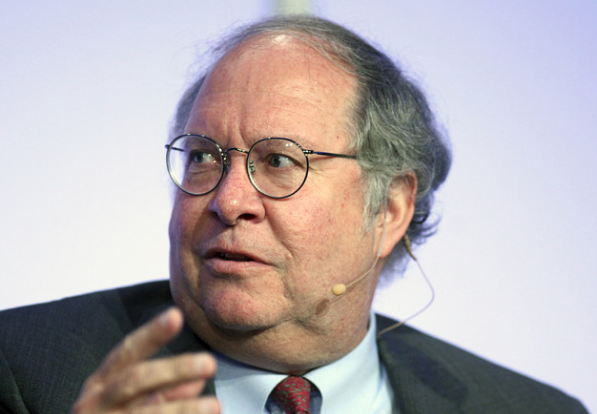 And then there was Jeremy Grantham who wrote this lengthy piece about the forthcoming – – here comes that term again – – melt-up in the market. He offered the graph below as his core argument, apparently using a ruler and a red marker to draw two projections: one with the S&P at 3400 and the other at 3700, each of which was followed by a drop pretty much back down to the same incredibly overvalued levels of January 2018 where the “melt up” started in the first place. So basically the bear market he was predicting would merely return us to the exact same market of Amazon with a P/E of 300 that we were at already.