Tax Cuts & The Failure To Change The Economic Balance 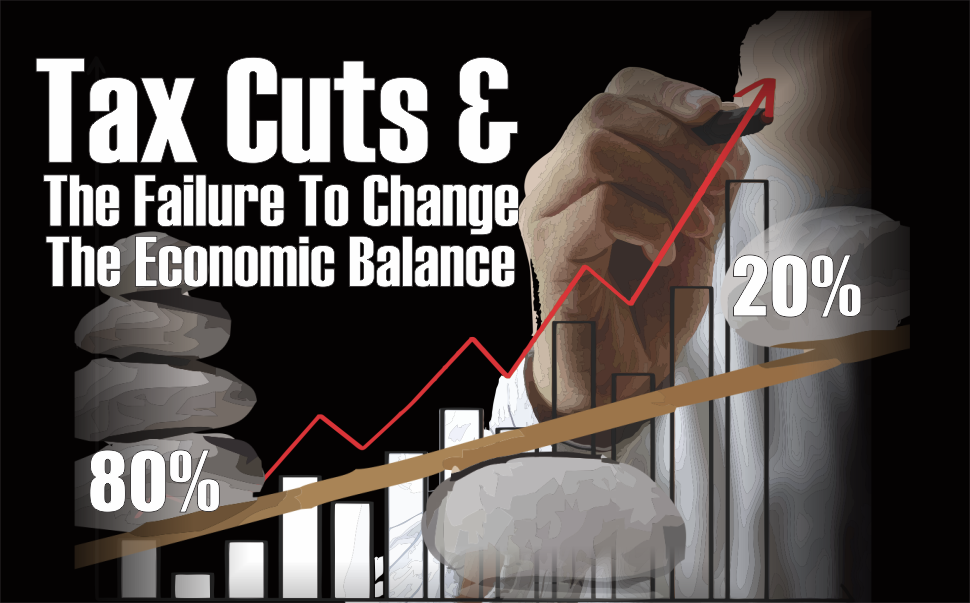 As we approach “tax day” in the U.S., I wanted to take a moment to revisit the issue of taxes, who pays what, and why the “Tax Cut and Jobs Act” will likely have limited impact on economic growth.

This week, Laura Saunders penned for the WSJ an analysis of “who pays what” under the U.S. progressive tax system. The data she used was from the Tax Policy center which divided about 175 million American households into five income tiers of roughly 65 million people each. This article was widely discussed on radio shows across the country as “clear evidence” recent tax reform was having a “huge effect” on average households and a clear step in “Making America Great Again.”

The reality, however, is far different than the politically driven spin. 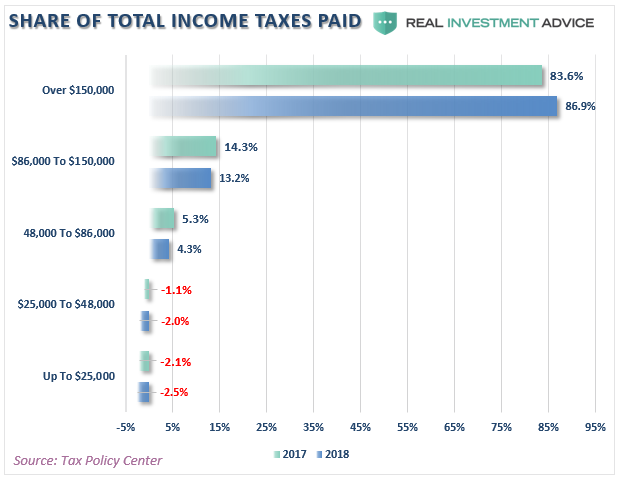 Not really, percentages are very deceiving. If the total amount of revenue being collected is reduced, the purpose of a tax cut, the top 20% can pay LESS in actual dollars, but MORE in terms of percentage. For example: 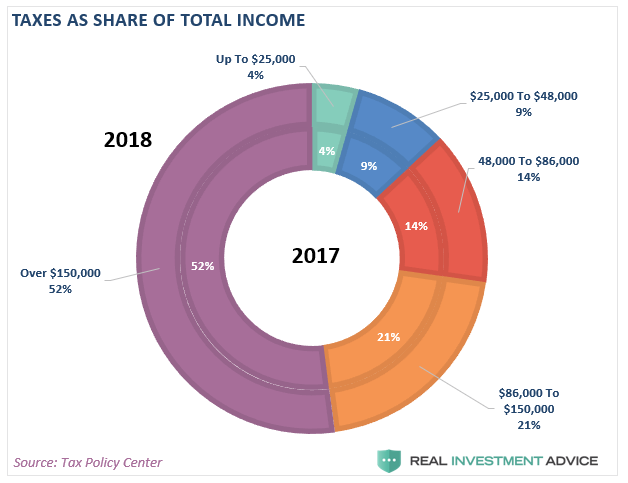 While the “percentage or share” of the total will rise for the top 5%, the total amount of taxes estimated to be collected will fall by more than $1 Trillion for 2018. As Roberton Williams, an income-tax specialist with the Tax Policy Center, noted while the share of taxes paid by the top 5% will rise, the people in the top 5% were the largest beneficiaries of the overhaul’s tax cut, both in dollars and percentages.

Not surprisingly, as I noted previously, income taxes for the bottom 2-tiers of income earners, or roughly 77-million households, will have a negative income tax rate. Why? Because, despite the fact they pay ZERO in income taxes, Congress has chosen to funnel benefits for lower earners through the income tax rather than other channels such as federal programs. Since the recent tax legislation nearly doubled the standard deduction and expanded tax credits, it further lowered the share of income tax for people in those tiers.