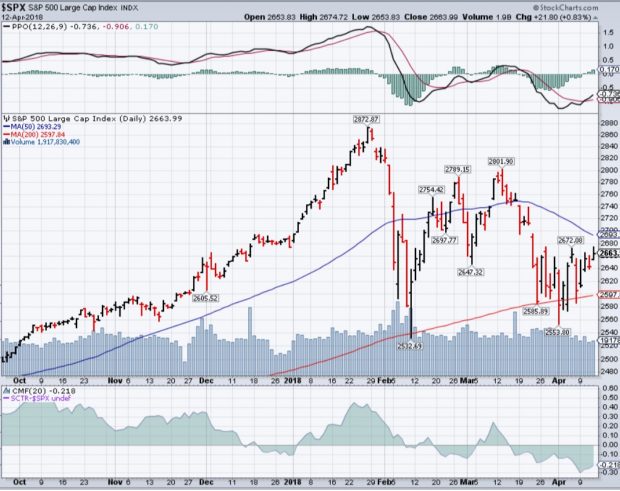 We’re still waiting on a few of bounce lines: 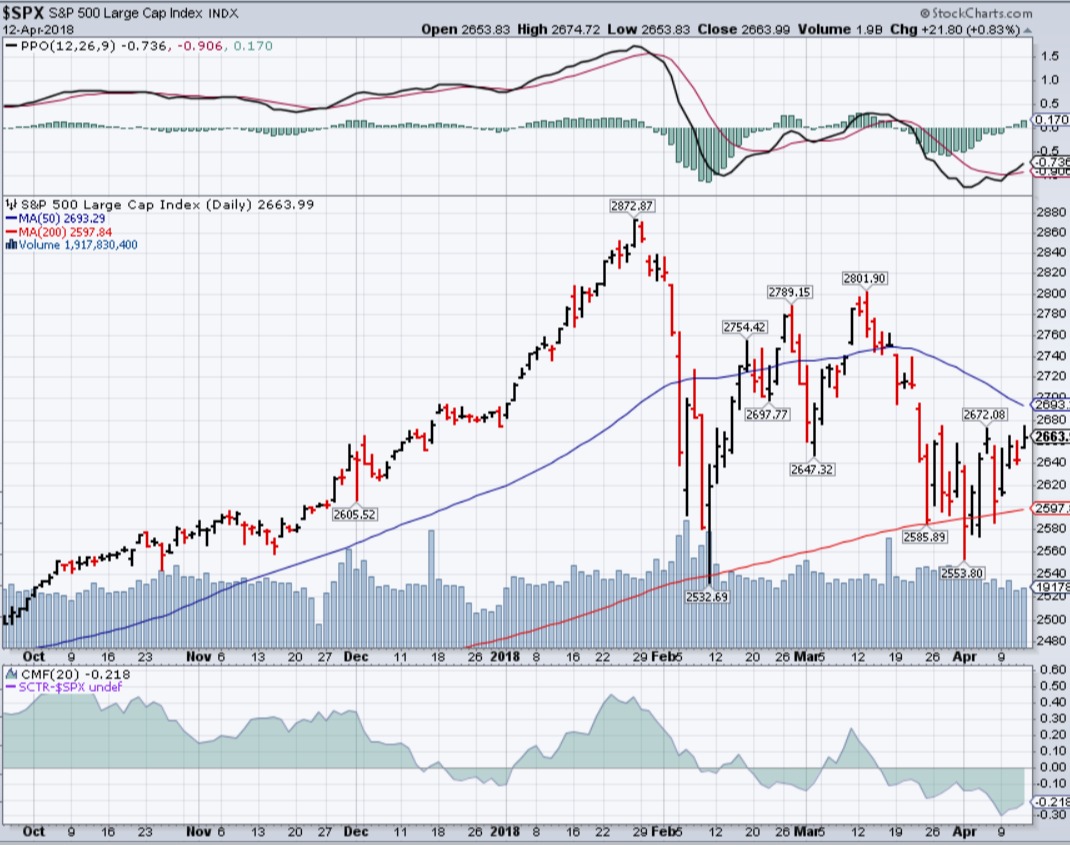 Even with this morning’s pre-market rally, we still have to take the same 3 red levels we were looking for yesterday so we’ll have to remain well-hedged into the weekend because we don’t change our stance until at least 3 of five of the Strong Bounce levels are captured AND HELD – for at least one full day after a close above.

As you can see on the chart, 2,693 is the 50-day moving average on the S&P 500 so that’s the real goal as it needs to be over that line to avoid (or at least put off) forming a “death cross” below the 200 dma into July earnings. Remember, we predicted strong bank earnings in our Big Bank Theory Report last Thursday and our Trade Idea for Citigroup (C) is looking very good as they have already jumped $4 since we made the play:

The markets are generally back to bullish as Trump walks back threats against Syria and, more importantly, says he may want to put us back in the Trans-Pacific Partnership (though the other partners may not want him now) and that then, makes it seem more likely NAFTA will be negotiated.

Oil (/CL) is back over $67 but a bit too dangerous to short again into the weekend. Gasoline (/RB) is just under $2.05 and we will short that again at $2.075 if we hit it and I guess we might take a stab at shorting /CL at $67.50 – because that is a ridiculous number, being propped up by OPEC and IEA statements that will likely fade away into the inventory rollover on the 19th.

There are still 223,636 fake, Fake, FAKE open contracts on the NYMEX representing a demand for delivery of 223.6 MILLION barrels of oil to Cushing, OK, by May 31st. If that actually happened, we would have a 50M WEEKLY build in crude oil and prices would drop to the low $20s. What’s going to actually happen is that those FAKE orders will be rolled into longer months – to create more FAKE demand and keep the prices up. The only loser here is the American people – so don’t worry about it!