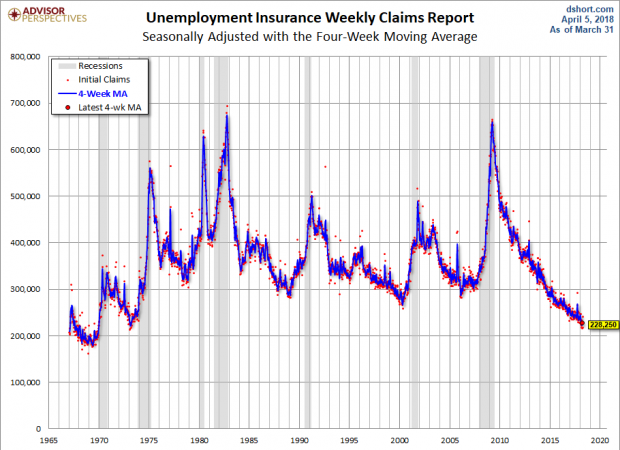 Note: We’ve updated this commentary to include the latest labor force data in this morning’s employment report.

Every week we post an update on new unemployment claims shortly after the BLS report is made available. Our focus is the four-week moving average of this rather volatile indicator. The financial press generally takes a fairly simplistic view of the latest number, and the market often reacts, for a few minutes or a few hours, to the initial estimate, which is always revised the following week.

One of our featured charts in the update shows the four-week moving average from the inception of this series in January 1967. 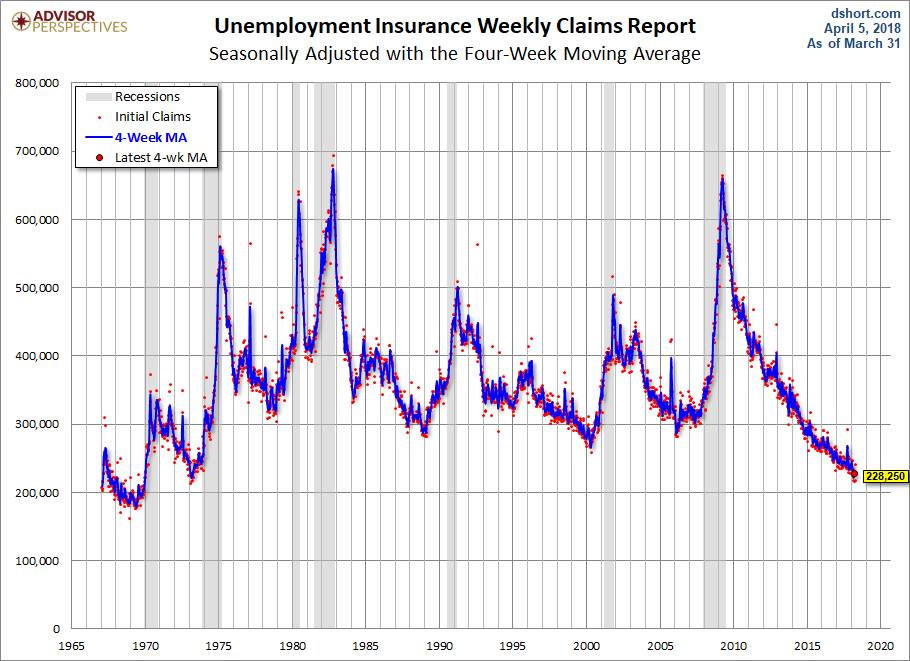 The chart, above, however, gives a rather distorted view of Initial Claims. Why? Because it’s based on a raw, albeit seasonally adjusted, number that doesn’t take into account the substantial growth in the Civilian Labor Force since January 1967, as illustrated here: 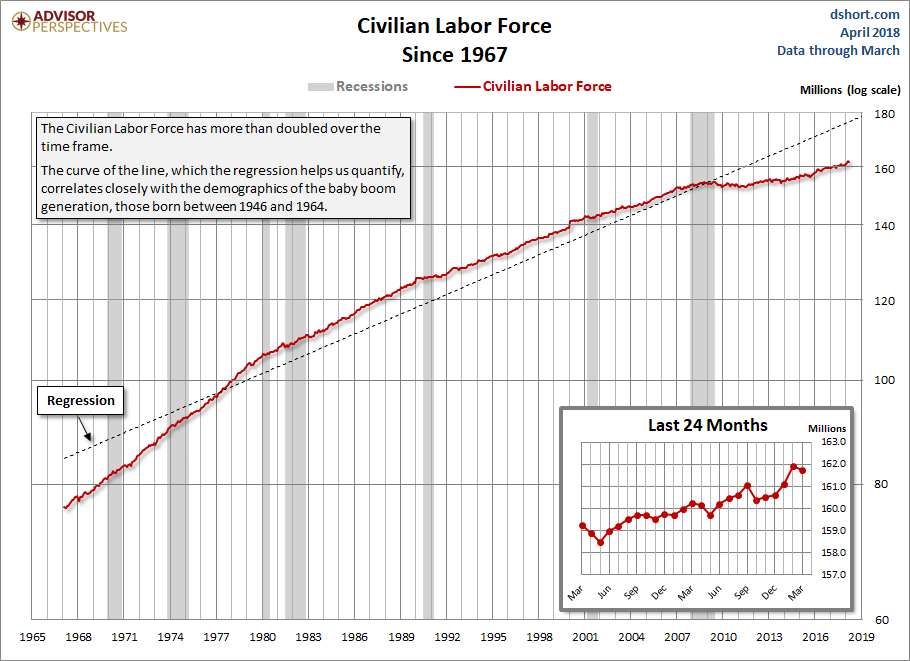 The Civilian Labor Force in the chart above has more than doubled from 76.5 Million in January 1967 to 161.8 Million today. The curve of the line, which the regression helps us visually quantify, largely reflects the employment demographics of the baby boom generation, those born between 1946 and 1964. In 1967 they were starting to turn 21. The oldest are now eligible for full retirement benefits. Another factor is the curve is the rising participation of women in the labor force (see this commentary).

For a better understanding of the weekly Initial Claims data, let’s view the numbers as a ratio of the Civilian Labor Force. 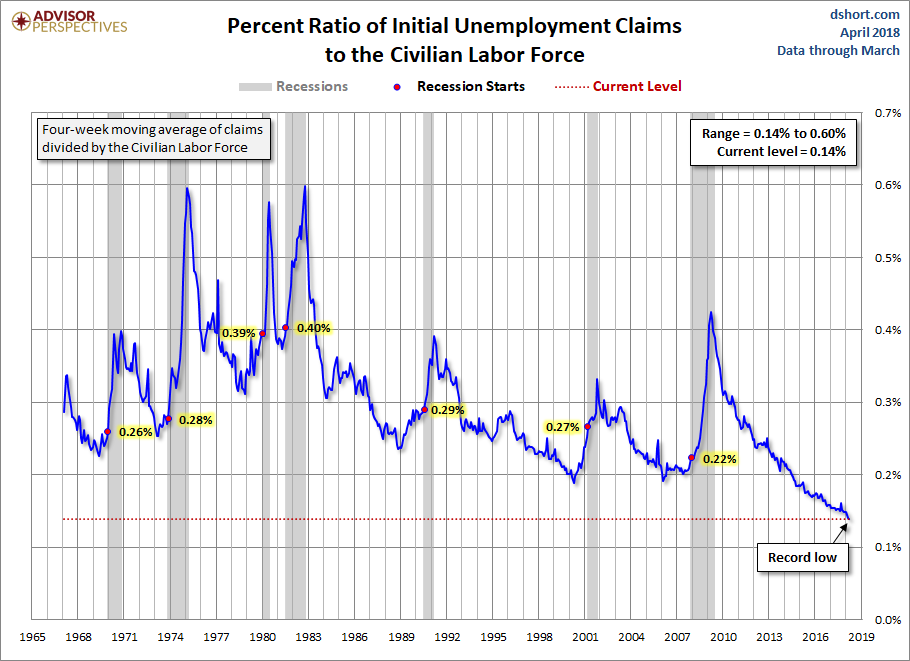 What about Continued Claims? Here is the ratio to the Civilian Labor Force. 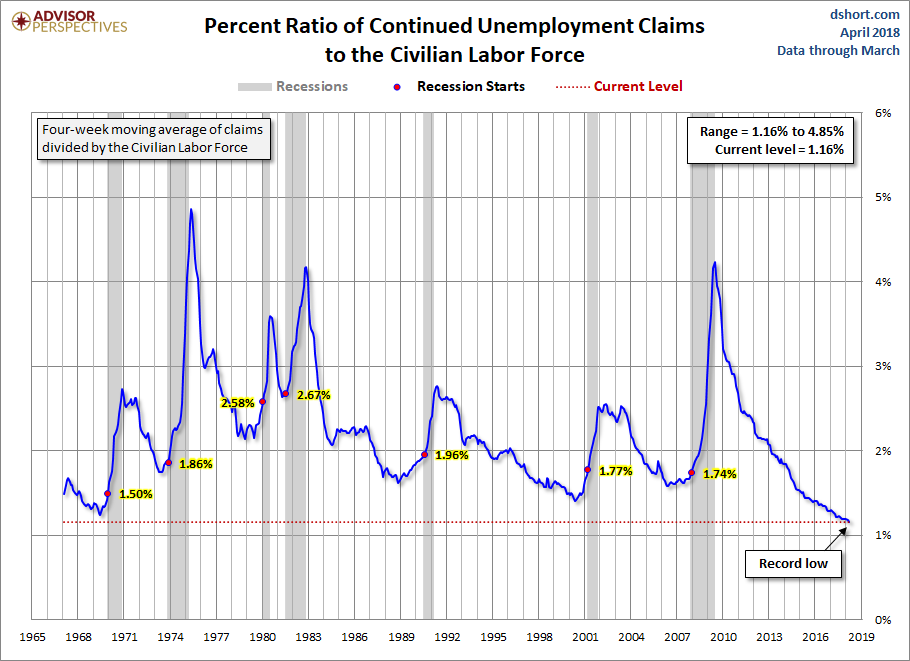 Likewise, with this indicator, we’re at a historic low with a reading of 1.16%. Approximately one hundred and sixteen persons per 10,000 are receiving continuing unemployment insurance benefits.