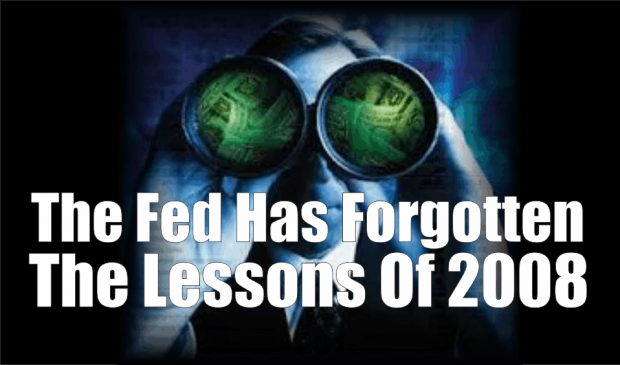 The Fed Has Forgotten The Lessons Of 2008 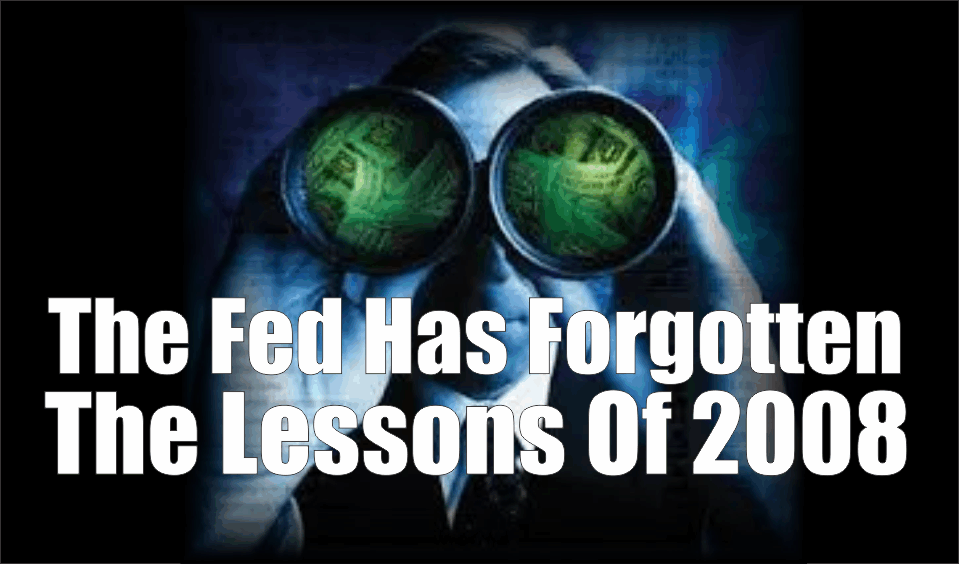 A few days ago, Neel Kashkari, president of the Minneapolis Fed, told an attendees at an event at Howard University that Wall Street is “forgetting the lessons of the 2008 financial crisis“:

Kashkari, long an advocate of more stringent regulations to rein in major banks, said US labor groups, whose pension funds took major hits during the crisis, may have a role to play in countering the political influence of the nation’s largest banks.

They have been campaigning, fairly successfully, to roll back many of the post-crisis regulations known as Dodd-Frank, which President Donald Trump has vowed to largely repeal.

“We are forgetting the lessons of the 2008 crisis,” Kashkari said. “The bailouts worked too well.”

Financial crises keep happening “because we forget how bad they were,” he added.

What’s the solution? Making banks raise more equity to fund their investment rather than rely so heavily on debt.

“No other industry is levered likely the banking industry,” Kashkari said. “If we double the amount of equity banks have we could go a long way toward resolve the problem that too big to fail banks pose. If it were up to me we’d be increasing banks’ leverage ratio, not decreasing it.”

While I agree with Kashkari that Wall Street is forgetting the lessons of the 2008 financial crisis (and is participating in the development of another dangerous economic bubble), he seems to be absolving the Federal Reserve of its massive responsibility for inflating the mid-2000s U.S. housing and credit bubble as well as the current “Everything Bubble” that I am warning about. Make no mistake: by holding interest rates at artificially low levels and pumping large amounts of liquidity into the financial system, the Fed plays the primary role of creating bubbles – not Wall Street. The Fed is the dog and Wall Street is merely its tail – not the other way around. Of course, Wall Street is guilty for participating in bubbles originally created by the Fed – it takes two to tango.