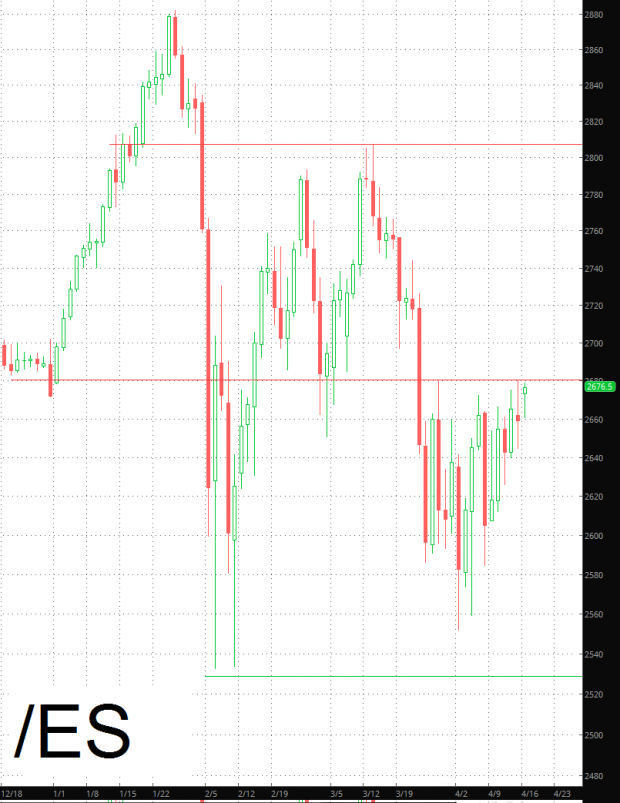 The Frogs Of War

On Friday evening, when I found out about the Syrian missile strike, I didn’t quite know what to anticipate once the market re-opened Sunday afternoon.

Some folks tweeted that it would be a sea of red. I wrote that I no longer trusted bad news. My cynicism was proved correct, as the new hostilities (and increased international tensions, particularly from Russia) did nothing but goose the ES and NQ into big green numbers. They certainly had their share of swings prior to the Monday opening bell, losing the entire gain at one point, but we are exactly where we were Friday before the bell: at risk of cutting above that horizontal line of resistance. 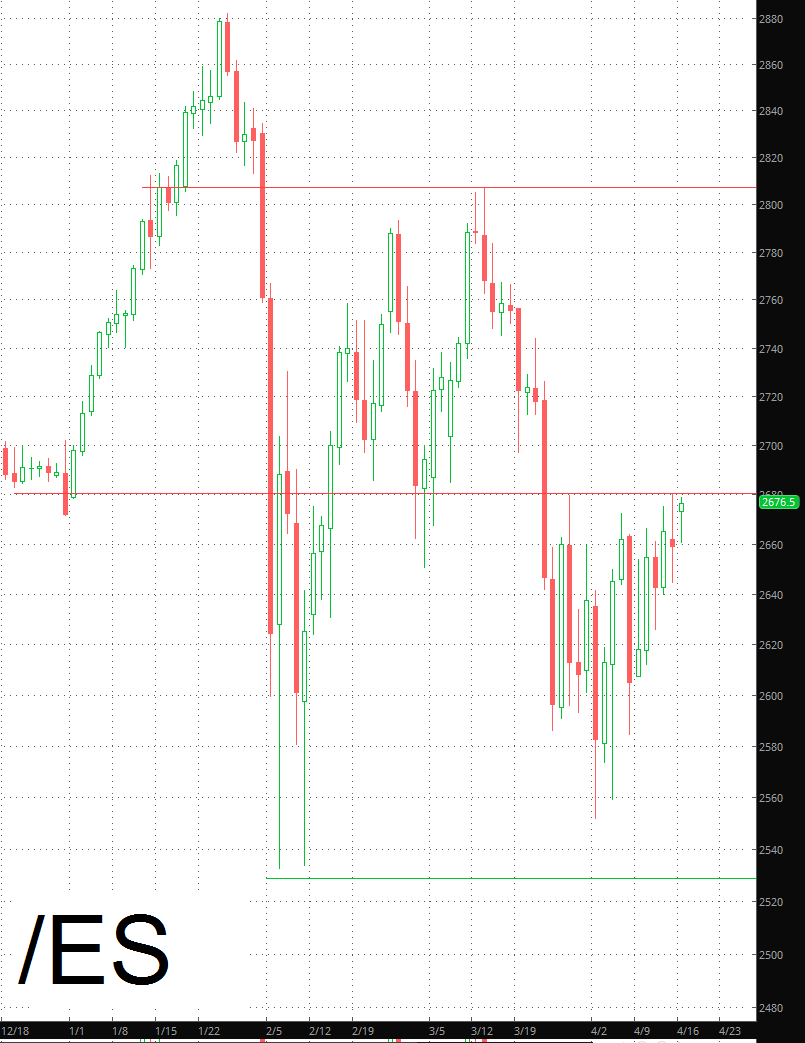 It’s the same deal with the NQ, although just a tiny bit weaker. In other words, the high on the ES matches that of Friday, whereas the NQ’s high isn’t quite up there to Friday’s – – but we are talking tiny, tiny differences here. The simple fact is that the bulls have the opportunity, exactly as they did Friday morning, to run across the finish line. 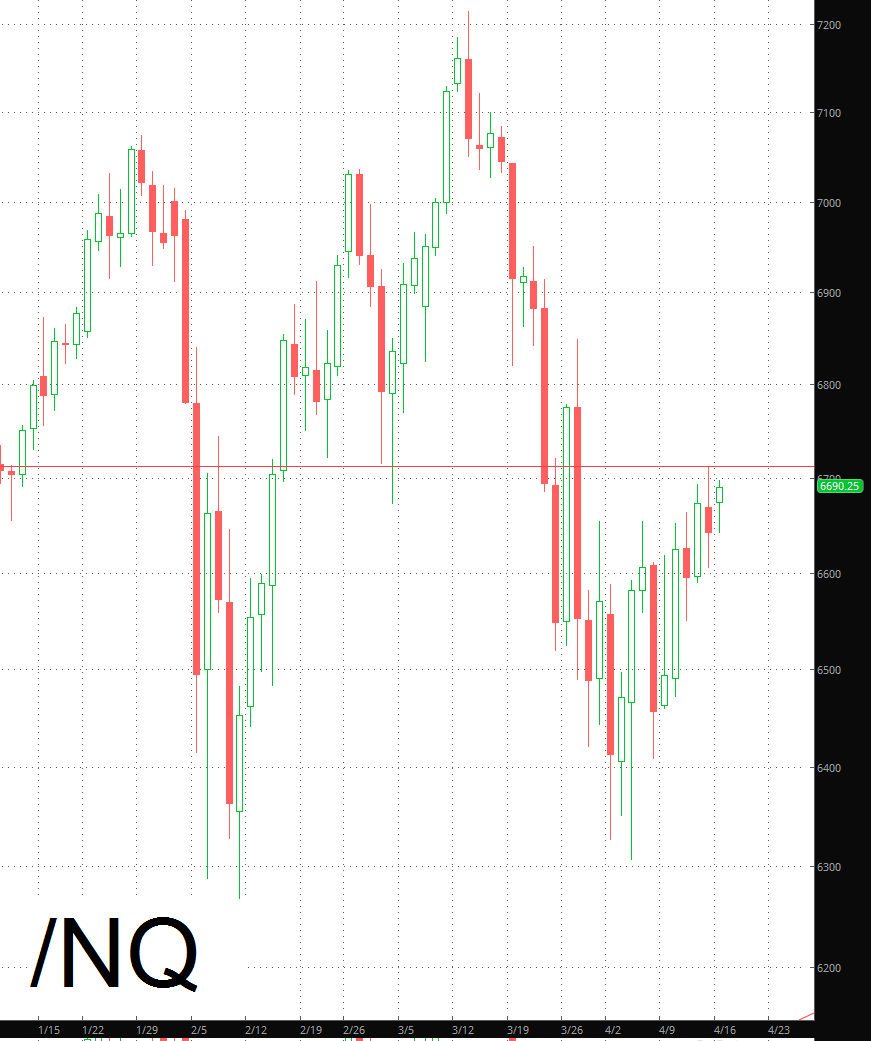 As of this moment, the only good news for me is that bonds continue to slip (at an annoyingly slow pace, but slip nonetheless), which is key to my “higher interest rates/lower real estate” thesis. That’s not much to hang my hat on, but it’s all I’ve got right now. 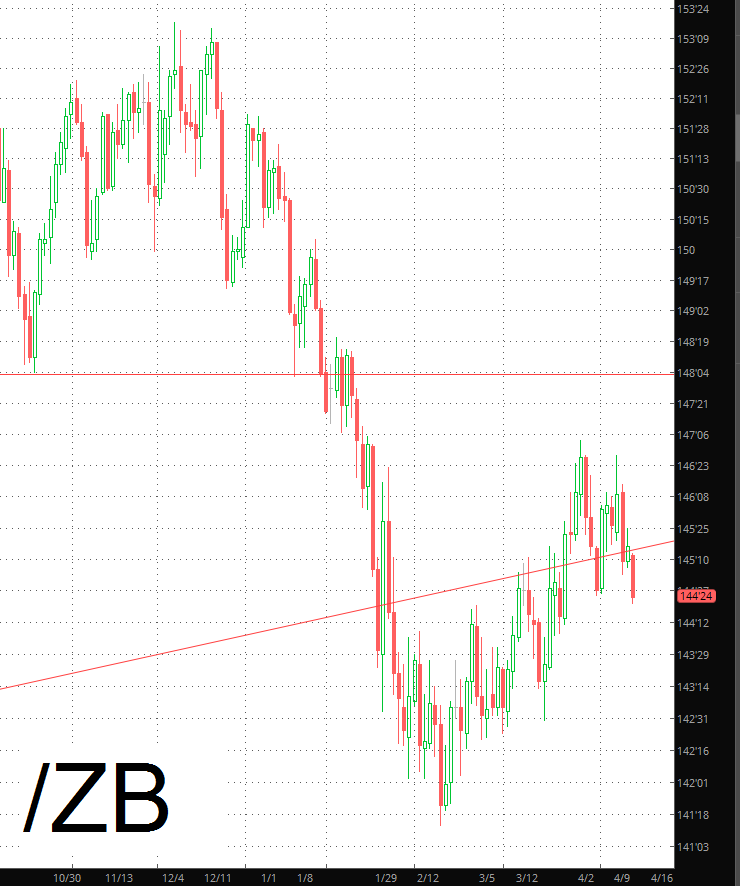