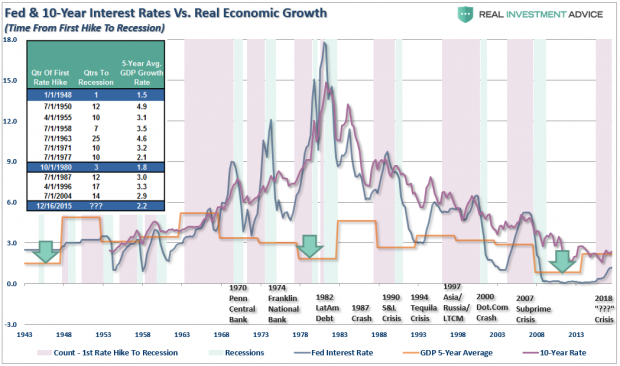 The Next Crisis Will Be The Last

It is an interesting thing.

Throughout the last four decades there is a direct link between the actions of the Federal Reserve and the eventual economic and market outcomes due to changes in monetary policy. In every case, that outcome has been negative. 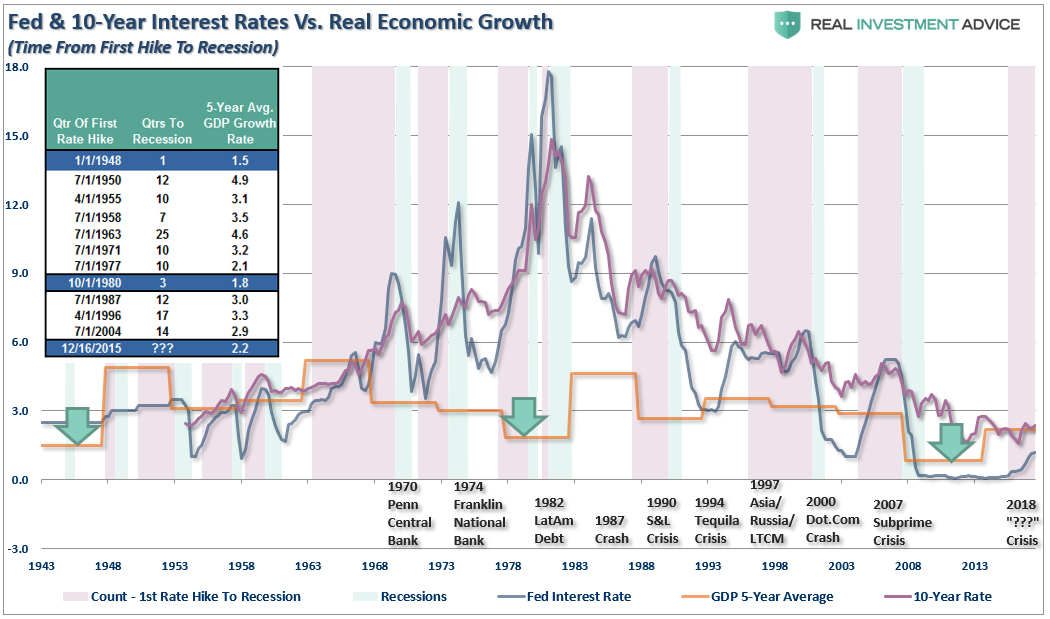 The general consensus continues to be the markets have entered into a “permanently high plateau,” or an era in which asset price corrections have been effectively eliminated through fiscal and monetary policy. The lack of understanding of economic and market cycles was on full display Monday as Peter Navarro told investors to just “buy the dip.”

“I’m thinking the smart money is certainly going to buy on the dips here because the economy is as strong as an ox.”

I urge you not to fall prey to the “This Time Is Different” thought process.

Despite the consensus belief that global growth is gathering steam, there is mounting evidence of financial strain rising throughout the financial ecosystem, which as I addressed previously, is a direct result of the Fed’s monetary policy actions. Economic growth remains weak, wages are not growing, and job growth remains below the rate of working age population growth.

While the talking points of the economy being as “strong as an ox” is certainly “media friendly,” The yield curve, as shown below, is telling a different story. While the spread between 2-year and 10-year Treasury rates has not fallen into negative territory as of yet, they are certainly headed in that direction. 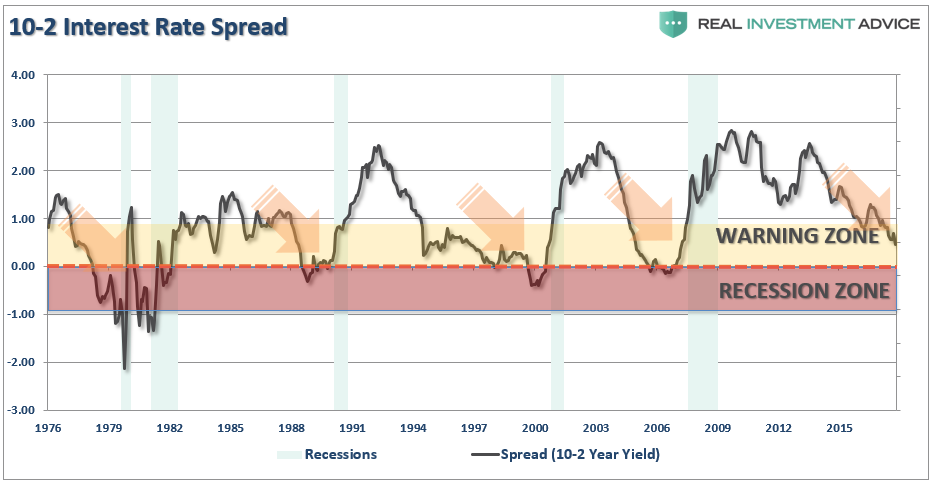 This is an important distinction. The mistake that most analysts make in an attempt to support a current view is to look at a specific data point. However, when analyzing data, it is not necessarily the current data point that is important, but the trend of the data that tells the story. Currently, the trend of the yield curve is highly suggestive of economic growth not being nearly as robust as the mainstream consensus believes.

Furthermore, economic cycles are only sustainable for as long as excesses are being built. The natural law of reversions, while they can be suspended by artificial interventions, cannot be repealed. In a consumer based economy, where 70% of economic growth is driven by consumption, you have to question both what is driving consumer spending and how are they funding it. Both of those answers can be clearly seen in the data and particularly in those areas which are directly related to consumptive behaviors.

Stephanie Pomboy recently had an interview with Barron’s magazine in which she made several very salient points as it relates to current monetary policy and the next crisis. To wit: