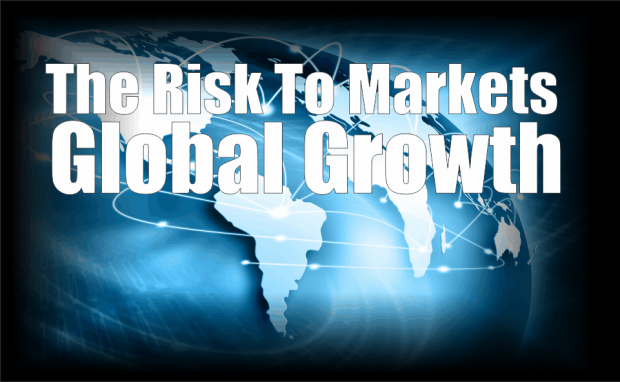 The Risk To Markets – Global Growth 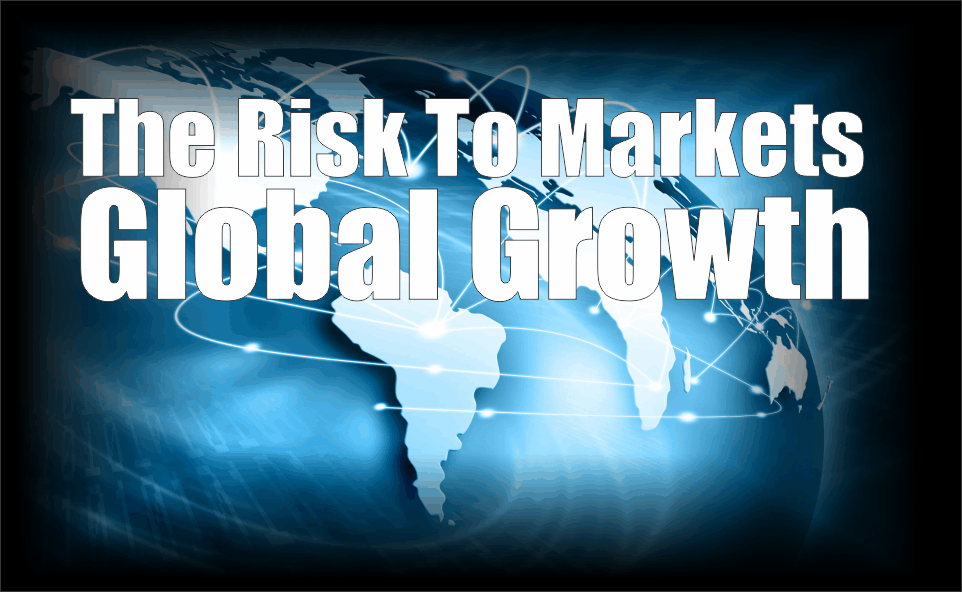 The stock market has been rallying on the surge in global economic growth (recently monikered global synchronized growth) over the past year. The hope, as always, is that growth is finally here to stay. The surge in growth has also given cover to the Federal Reserve, and Central Banks globally, to start reducing the flood of liquidity that has been propping up markets globally since the “financial crisis.”

That optimism has bled over in recent months as improving confidence has pushed leverage back to record levels, investors carry the highest levels of risk assets since the turn of the century, and yield spreads remain near record lows. It certainly seems as “things are as good as they can get.”

But it is when things are “as good as they can get” that we find the rest of the story.

A recent report from the Brookings Institute highlights one of the biggest risks to investors currently – global growth.

“The world economy’s growth momentum remains strong but is leveling off as the winds of a trade war, geopolitical risks, domestic political fractures, and debt-related risks loom, with financial markets already reflecting mounting vulnerabilities. The latest update of the Brookings-Financial Times TIGER index provides grounds for optimism about the current state of the world economy matched by some pessimism about the sustainability of the growth momentum.”

This has been a key concern of mine of the last several months. The recent uptick in the U.S. economy has been undeniably the strongest we have seen in the last few years. As Brookings notes:

The U.S. economy remains in robust shape, with growth in GDP, industrial production, and investment holding up well. In tandem with strong consumer confidence and employment growth, wage and inflationary pressures have picked up slightly, although less than would be typical at this stage of the cycle.

The issue, however, is that much of that uptick was attributable to a series of natural disasters in 2017. To wit:

“The Trump Administration has taken a LOT of credit for the recent bumps in economic growth. We have warned this was not only dangerous, credibility-wise, but also an anomaly due to three massive hurricanes and two major wildfires that had the ‘broken window’ fallacy working overtime.”