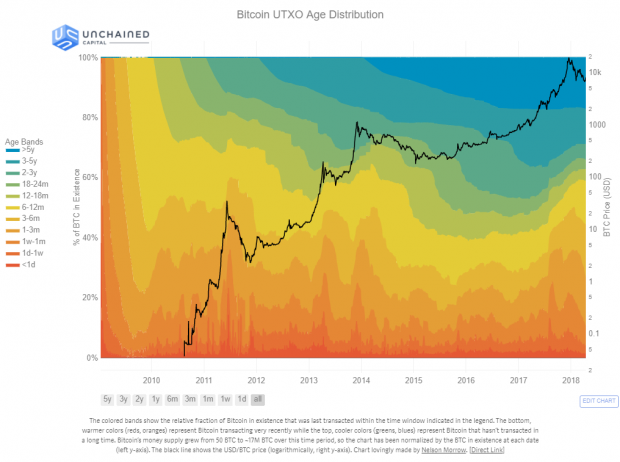 For those of you who like pretty charts, here’s one that’s trending in the crypto-world right now. They call it the HODL chart. 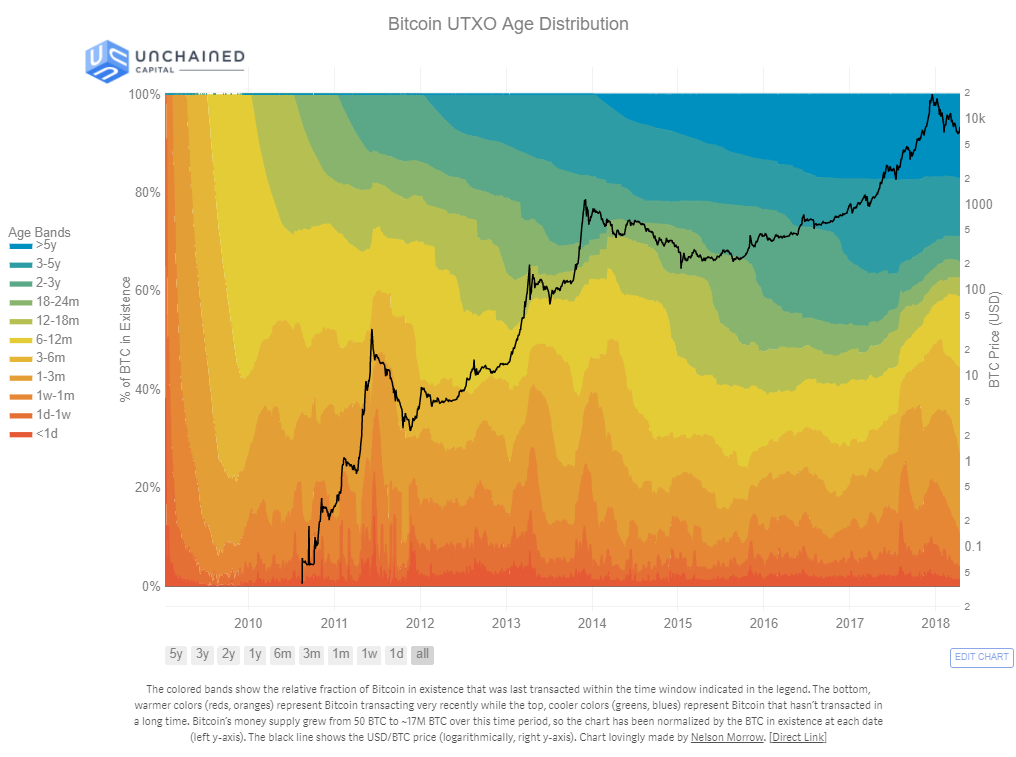 The more red colors indicate more active coins whereas the bluer colors indicate coins that haven’t budged in a few years. We’ll need to assume that many of the more blue coins are ones that may be lost right now and include Satoshi Nakamoto’s holdings.

What’s impressive to me is that according to this graph 7% of all coins have changed hands in the last week and a total of 58.7% have moved in the last year.

On January 15th, 2015 the Swiss National Bank wrecked havoc on international markets by unexpectedly removing a peg that had been firmly in place for 4 years.

By maintaining a steady exchange rate of 1.20 Euros per Franc, the Swiss were able to keep investors from flooding into the safe haven currency at a time when economic turmoil was rampant and kept the Franc from increasing too much during that time.

Here’s a video that we made about it at the time.

In a matter of minutes, the CHF currency surged by 19% against the Euro taking out many currency traders and even several brokers who had not adequately hedged their risk.

Today, we can see that the entire movement caused on that day has now been reversed, thanks largely to the invisible hand and of course the negative interest rate policy from the SNB.

Black Gold has been pushing its highs lately but is now entering dangerous territory.

The Crude Oil inventories that will be released at 3:30 GMT today are expected to show a decrease in US stockpiles of 0.5 million barrels. The forecasts are historically inaccurate but that’s not stopping people from pushing the buy button this morning.

If the price breaks above $67.60 a barrel it will be at its highest level since 2014 when prices crashed in response to a global supply glut.