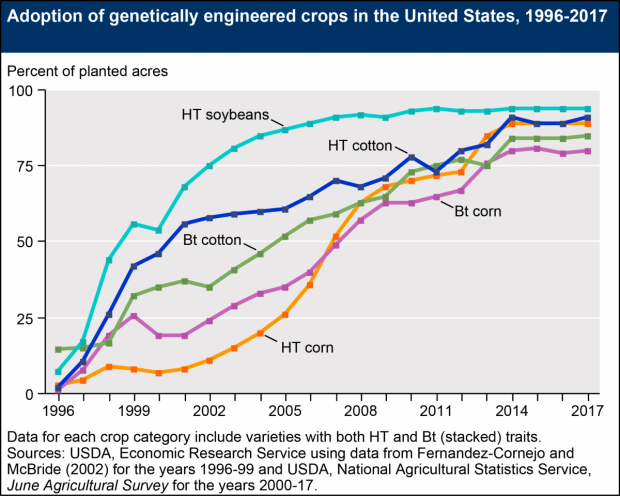 Jerry Jung’s passion for reforming the nation’s ethanol laws started when he noticed that the monarch butterflies had vanished from his hobby farm north of Clare, Michigan. After doing a bit of research, he learned that the monarch population had plummeted in recent years.

A key reason for the declining population is that large swaths of the country are being planted in corn and soybeans. Among other things, these monocultures put some native species at risk by depriving them of traditional food sources.

Most of the corn planted today is genetically engineered with a bacterial toxin that is harmful to the butterflies. It is also engineered to be herbicide tolerant. Herbicides are used to kill weeds that compete with corn, but that includes food sources for the monarchs like milkweed. 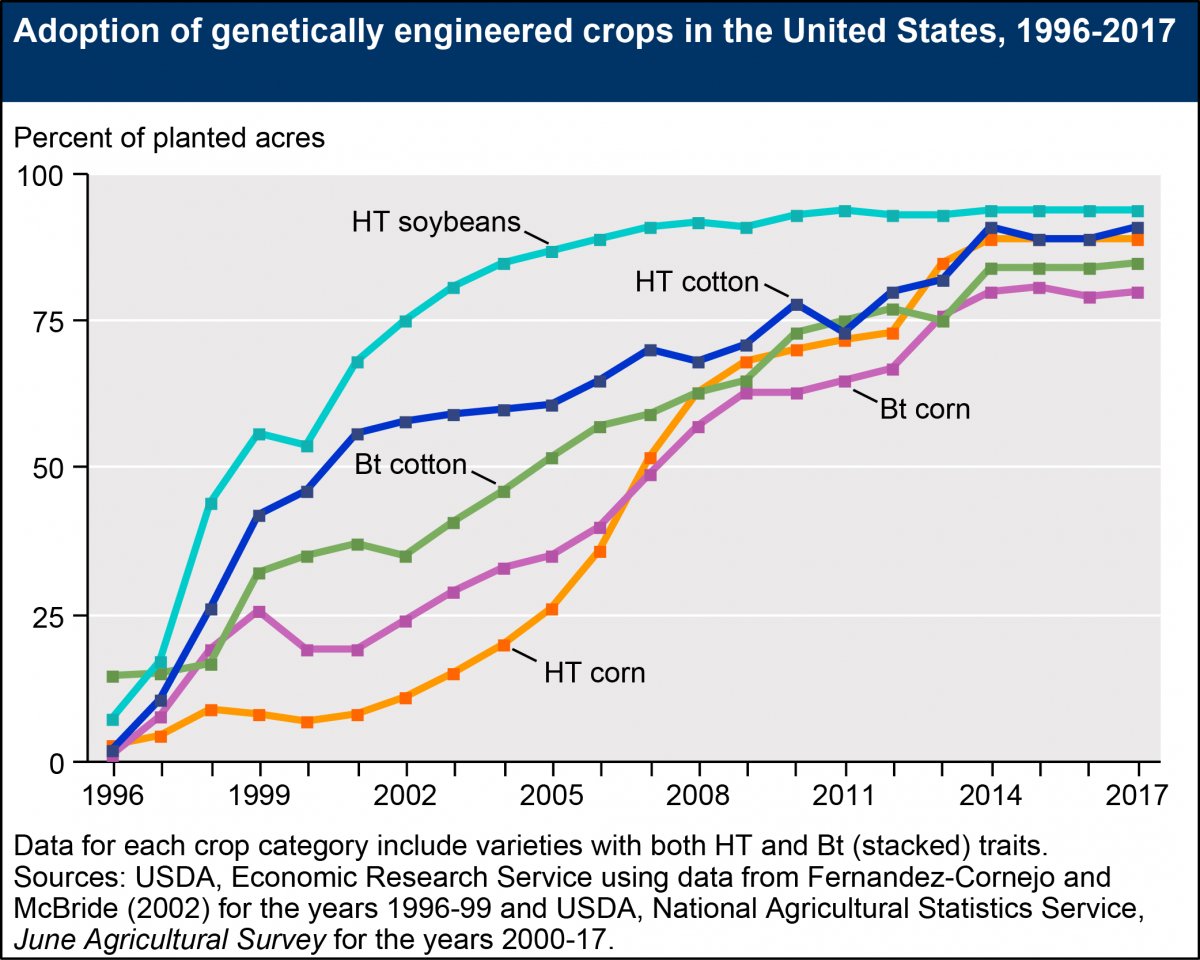 Crops planted to be herbicide tolerate (HT) or with genes from the bacterium Bacillus thuringiensis (Bt).

The total acreage planted in corn and soybeans (used to make biodiesel) has risen by ~20 million acres since 2005. That’s when the Energy Policy Act of 2005 created a Renewable Fuel Standard (RFS) that required billions of gallons of biofuel to be blended into the fuel supply.

Recently I spoke with Tim Constantine, a spokesperson for Rethink Ethanol, about the U.S. ethanol industry. He noted that many forces are aligning to significantly reform the RFS for the first time since its creation.

Iowa Senator Chuck Grassley, perhaps the staunchest ethanol defender in Congress, has steadfastly refused to entertain changes to the RFS. Mr. Constantine noted that Senator Grassley had always enjoyed strong support from the White House, and never felt like he had to compromise. But now he is being forced to the negotiating table by a White House that seems intent on fixing an issue that refiners have complained about for years.