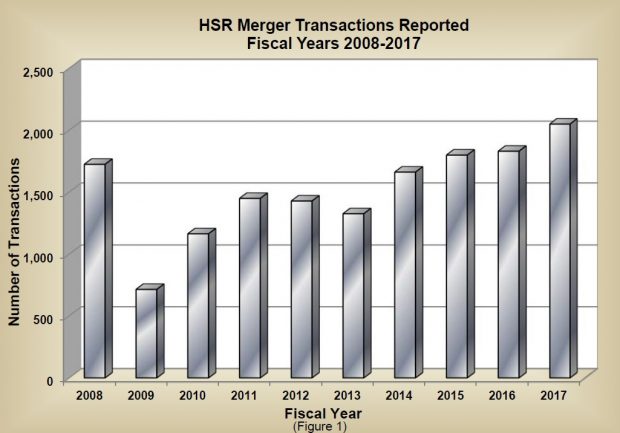 Each year the Federal Trade Commission and and the Department of Justice Antitrust Division publish the Hart-Scott-Rodino Annual Report, which offers an overview of merger and acquisition activity and antitrust enforcement during the previous year. The Hart-Scott-Rodino legislation requires that all mergers and acquisitions above a certain size–now set at $80.8 million–be reported to the antitrust authorities before they occur. The report thus offers an overview of recent merger and antitrust activity in the United States. 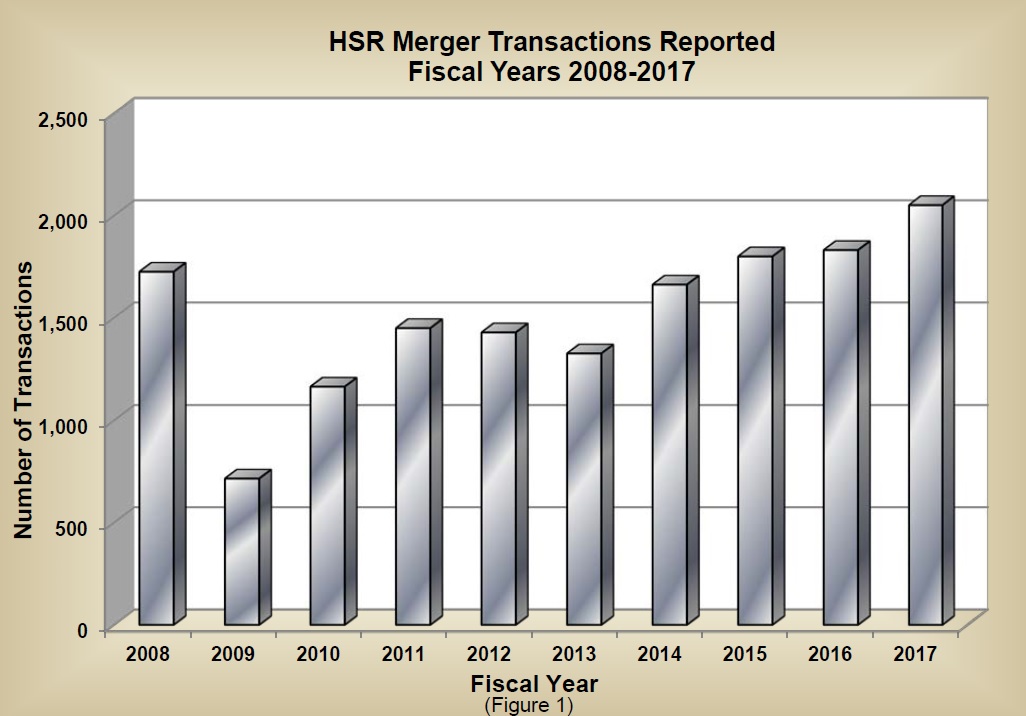 The report also provides a breakdown on the size of mergers. Here’s what it looked like in 2017. As the figure shows, there were 255 mergers and acquisitions of more than $1 billion. 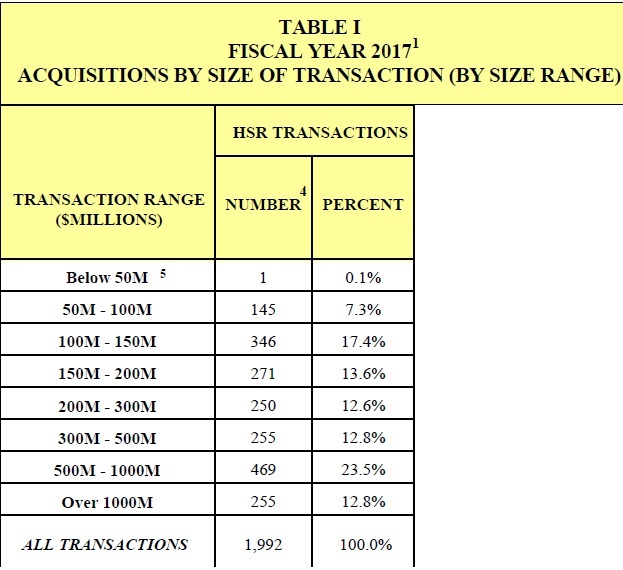 After a proposed merger is reported, the FTC or the US Department of Justice can request a “second notice” if it perceives that the merger might raise some anticompetitive issues. In the last few years, about 3-4% of the reported mergers get this “second request.” 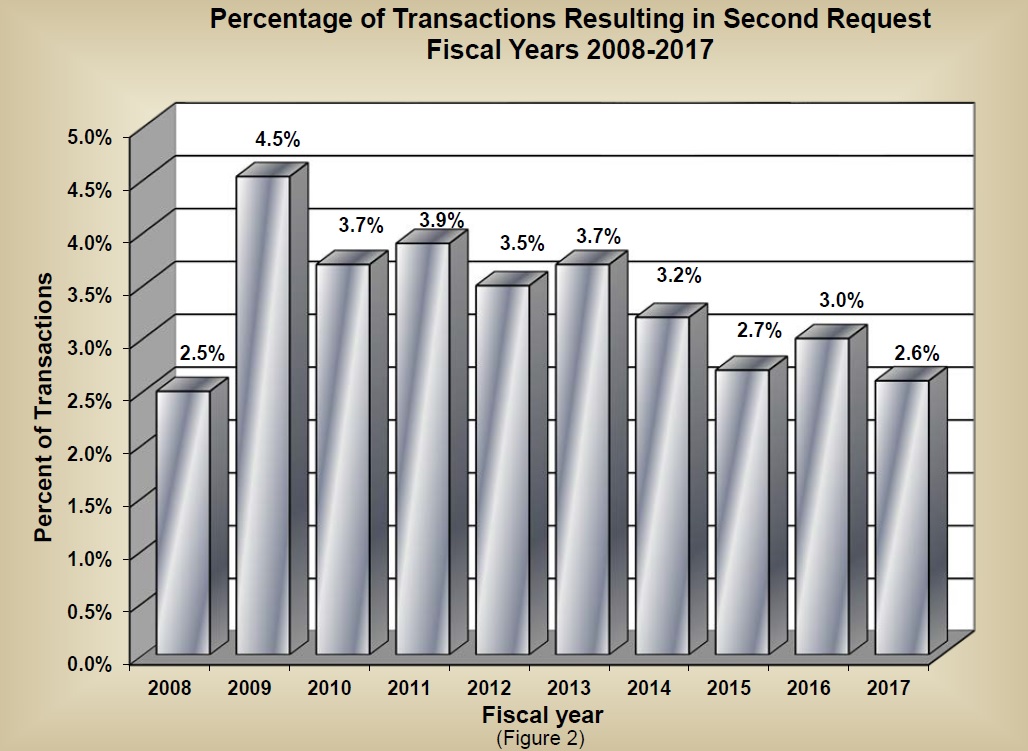 This percentage may seem low, but it’s not clear what level is appropriate.. After all, the US government isn’t second-guessing whether mergers and acquisitions make sense from a business point of view. It’s only asking whether the merger might reduce competition in a substantial way. If two companies that aren’t directly competing with other combine, or if two companies combine in a market with a number of other competitors, the merger/acquisition may turn out well or poorly from a business point of view, but it is less likely to raise competition issues.