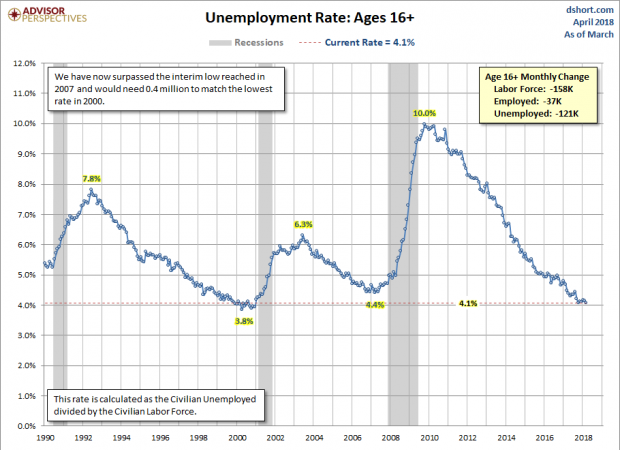 We’ve updated our monthly workforce analysis to include last week’s Employment Report for March. The unemployment rate remained at 4.1%, and the number of new nonfarm jobs (a relatively volatile number subject to extensive revisions) came in at 103K.

The closely watched headline unemployment rate is a calculation of the percentage of the Civilian Labor Force, age 16 and older, that is currently unemployed. Let’s put this metric into its historical context. The first chart below illustrates this monthly data point since 1990. 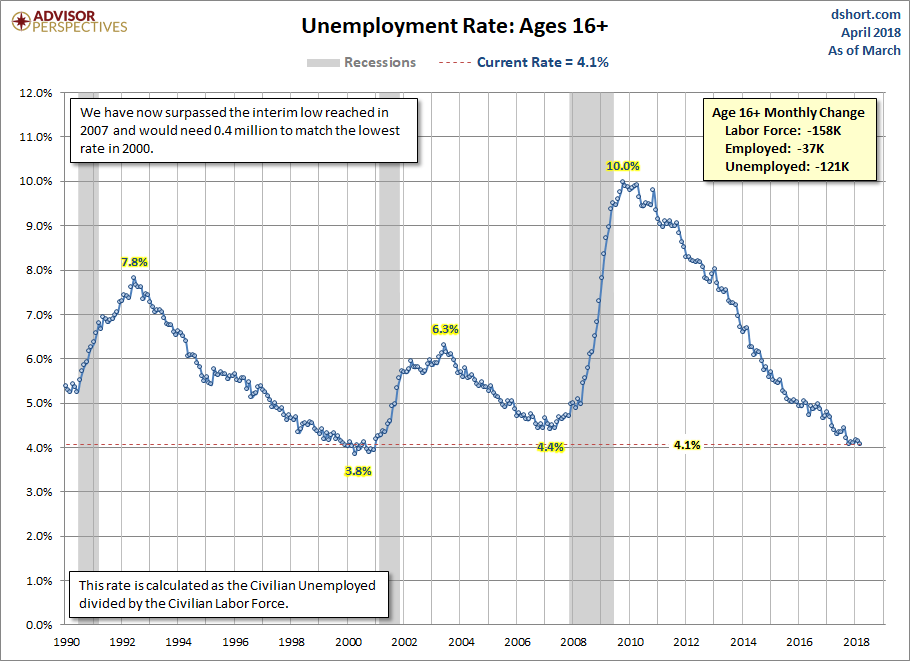 Unemployment in the Prime Age Group

Let’s look at the same statistic for the core workforce, ages 25-54. This cohort leaves out the employment volatility of the high-school and college years, the lower employment of the retirement years and also the age 55-64 decade when many in the workforce begin transitioning to retirement … for example, two income households that downsize into one-income households.

In the latest report, this indicator inched up to 3.5% (to one decimal place), unchanged from the previous month. The cohort population increased by 41 thousand and the labor force decreased by 95 thousand. The breakdown of the growth is a decrease of 69 thousand employed and a 26 thousand decrease in the unemployed. 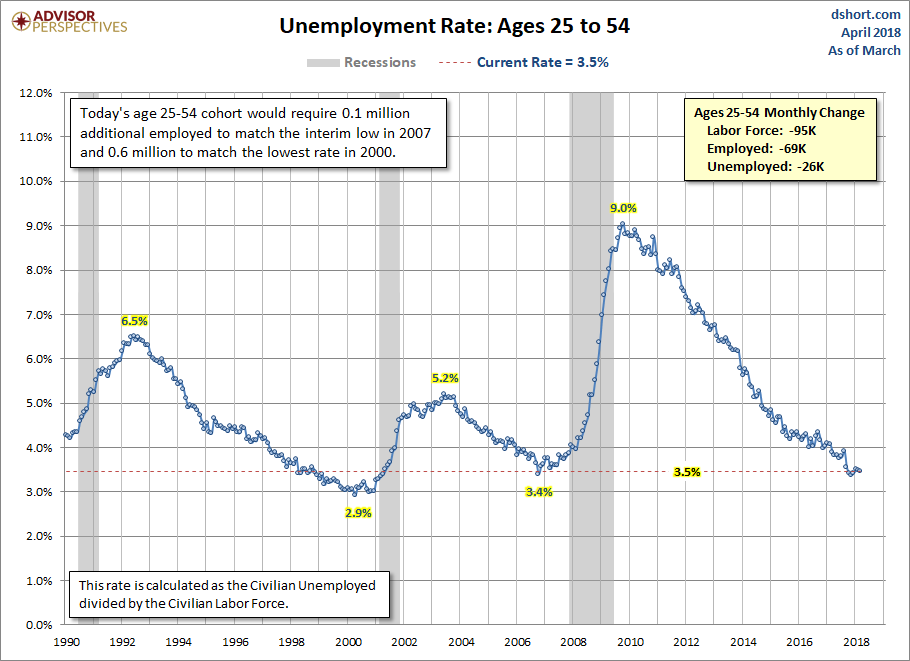 A wildcard in the two snapshots above is the volatility of the Civilian Labor Force — most notably the subset of people who move in and out of the workforce for various reasons, not least of which is discouragement during business cycle downturns. The chart below continues to focus on our 25-54 core cohort with a broader measure: The Labor Force Participation Rate (LFPR). The LFPR is calculated as the Civilian Labor Force divided by the Civilian Non-institutional Population (i.e., not in the military or institutionalized). Because of the extreme volatility of the metric, our focus is the 12-month moving average.