US Dollar Range Continues As Inflation Prints At One-Year Highs 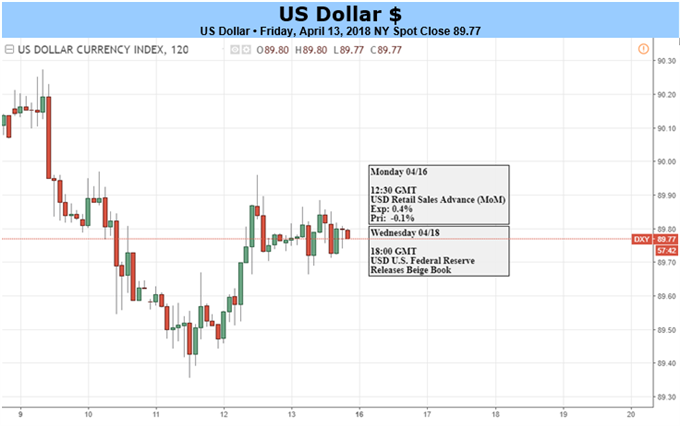 The US Dollar started the week on a rough note, continuing the bearish move that started to show around last Friday’s Non-Farm Payrolls report. In short order, DXY had fallen back-below the 90.00 level, and bears remained in force all the way into Wednesday’s US session, at which point a bit of support began to show at a familiar area around 89.50. This was the same zone that held the lows in the Greenback for the first few weeks of March, and this led into a corrective move as prices moved back towards the 90.00 level. The net of this week’s price action has been an indecisive move lower as the intermediate-term range continued.

There was a big driver unveiled on Wednesday that helped that support to come into play, and that was price action. That report showed strength in inflation as both headline and core CPI came-out at one-year-highs, and both data points were above the Fed’s 2% inflation target. Headline inflation remains strong, as we’ve now seen seven consecutive months of inflation at two-percent or more; and even core CPI has crossed the 2% marker, making a stronger case for that fourth hike this year out of the Fed. 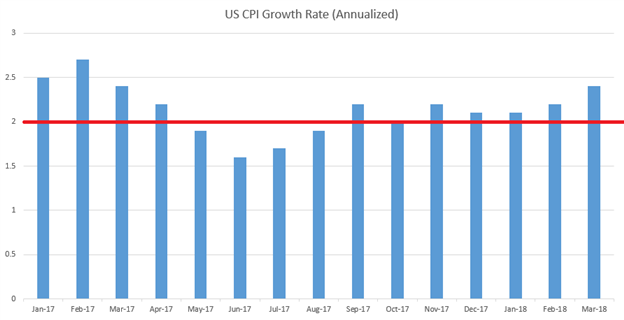 Normally, stronger rates of inflation bring strength into a currency as market participants look to capture the new, higher rate of return. This is the ‘carry trade’ and it’s one of the most attractive strategies in FX markets when it’s actually at work. That theme has been noticeably missing from the US Dollar over the past year. The Fed remains hawkish and continues to look at tighter policy options. But the US Dollar has continued to show weakness, selling-off by as much as 15% from last year’s high to this year’s low. This indicates that there’s another driver at work, at least on a longer-term basis, that’s acting as a hindrance to a stronger bullish advance. We’ve discussed this multiple times in the recent past, and this point remains as pertinent as we move deeper into 2018.