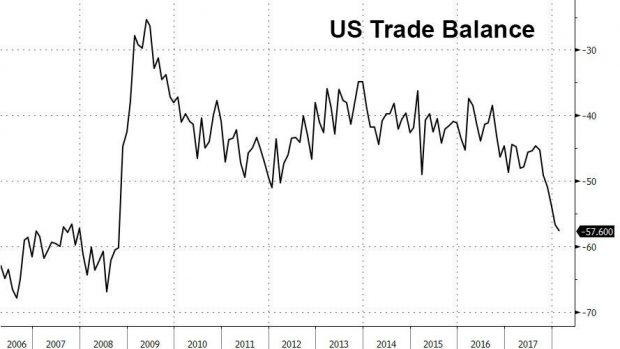 With so much attention focused on trade data in recent weeks, Trump will hardly be happy to learn that not only did the US trade deficit grow by 1.6% in February from $56.7BN to $57.6BN, missing expectations of a $56.8BN print, but was the highest monthly trade deficit going back ten years to 2008. 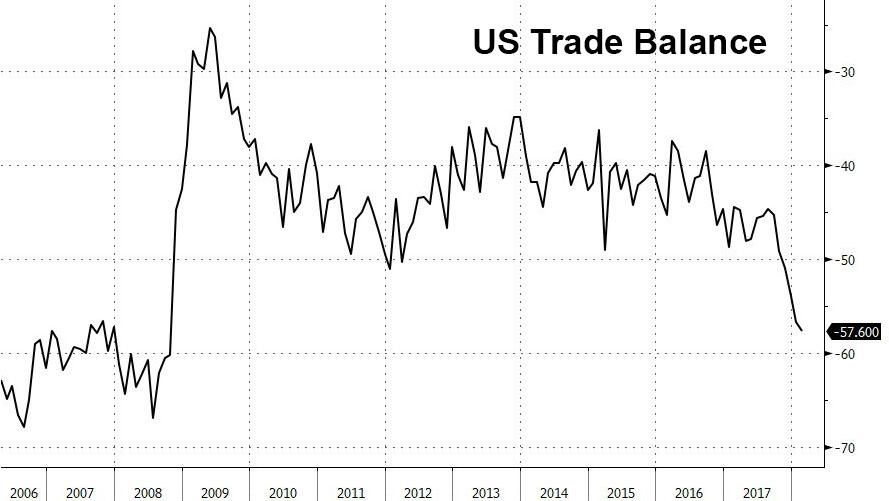