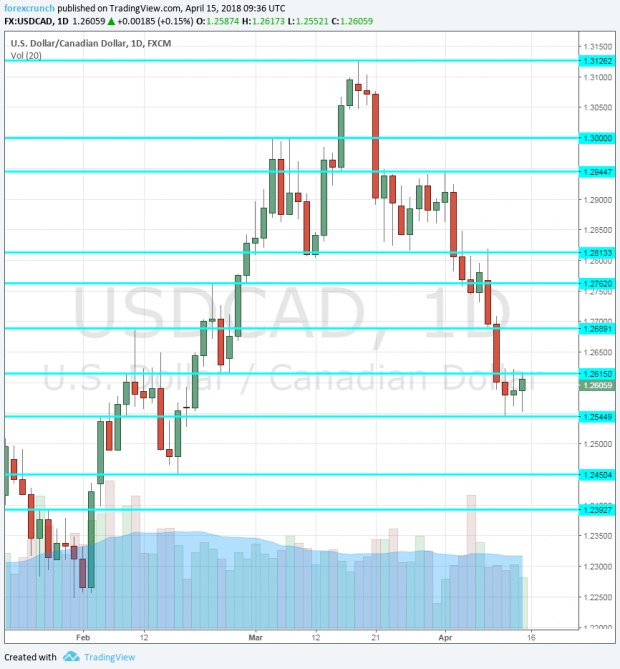 Dollar/CAD had a lot of good reasons to fall, with the Canadian dollar enjoying oil, NAFTA, and other hopes. Can the trend extend? The loonie faces the all-important rate decision by the BOC, inflation data, and also the implications of the airstrikes on Syria which happened after markets closed. Here are the highlights and an updated technical analysis for USD/CAD.

The US, the UK, and France launched airstrikes against Syria, attempting to destroy chemical weapons that the Assad regime previously used against its citizens. Russian President Putin and Iran have condemned the attack and warned of the consequences. Trump called it a “sustained response” but later announced Mission Accomplished. At the time of writing, it seems that we will not see a further escalation. Tensions around Syria pushed oil prices higher, helping the Canadian dollar, but a deterioration of the situation may sour the market mood and weigh on the risk-on C$.

This is a double-edged sword for the Canadian dollar. Elsewhere, the advance in NAFTA talks supports the Canadian dollar and also Trump’s willingness to look into rejoining the TPP has supported the loonie. In the US, rising inflation and the upbeat FOMC Meeting Minutes have had a limited effect on the greenback.

USD/CAD daily graph with support and resistance lines on it. Click to enlarge: 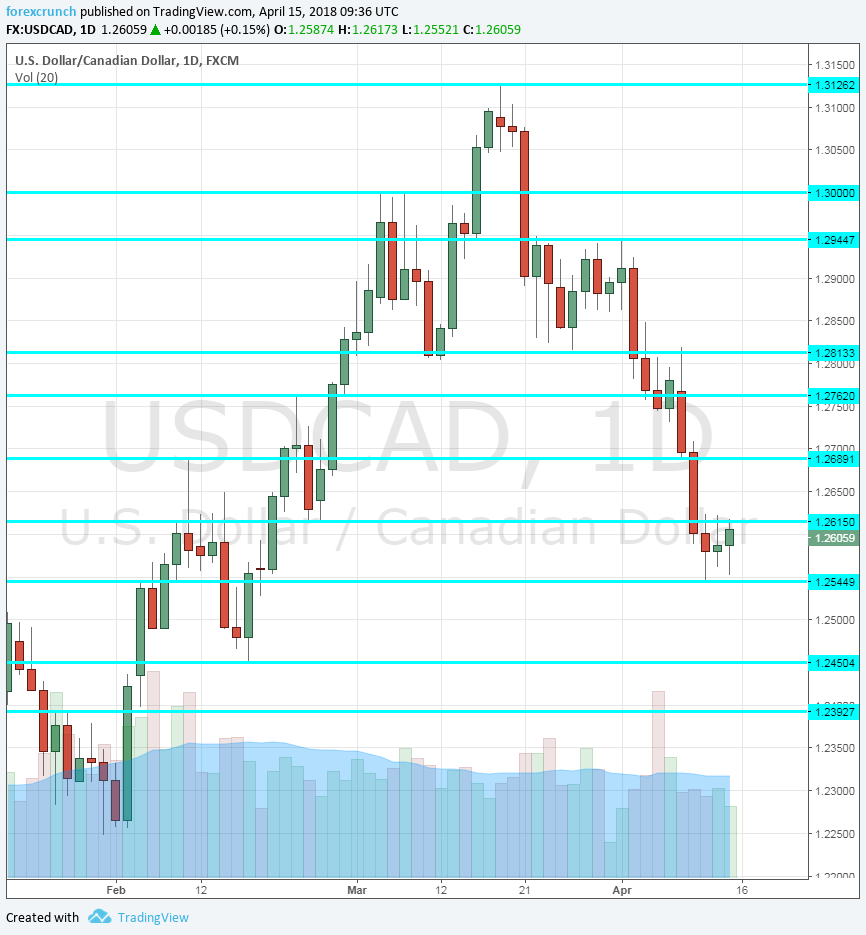