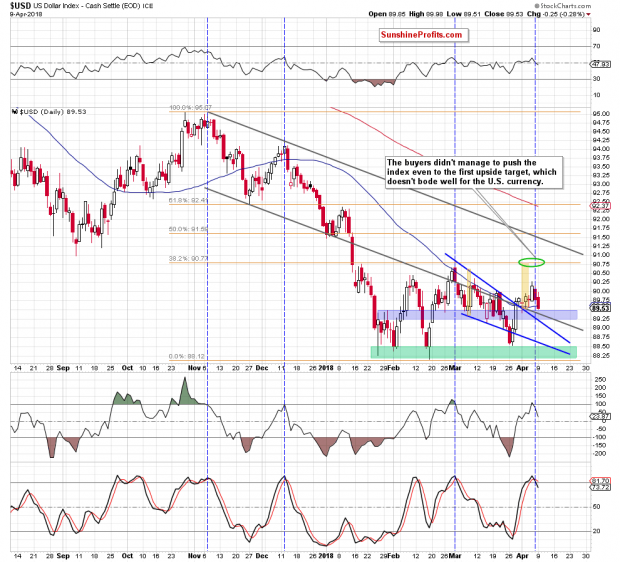 USD/CAD – Verification Of Breakdown And Its Consequences

Monday’s session was very good for the sellers. Although their opponents took USD/CAD higher, the previously-broken support/resistance line stopped them, triggering a sharp pullback and making currency bears more profitable. Is the worst already behind currency bulls?

Focus on the USD Index 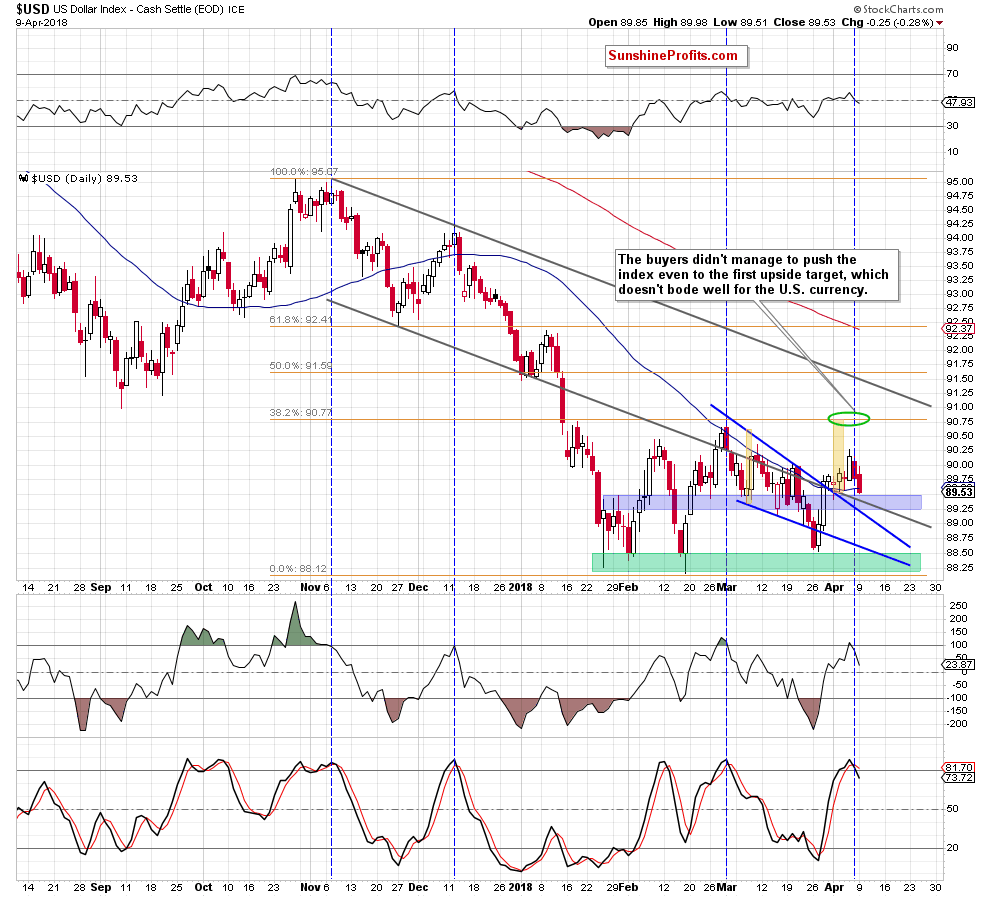 From today’s point of view, we see that although the USD Index invalidated the earlier breakdown under the lower border of the grey declining trend channel and broke above the upper line of the blue declining wedge (and then verified this breakout), we didn’t notice an increase even to the first upside target marked on the daily chart.

Instead, the index slipped to the previously-broken blue zone and dropped under the 50-day moving average, closing yesterday’s session under this support. Additionally, the CCI and the Stochastic Oscillator generated the sell signals, suggesting further deterioration in the coming days.

Can we trust them? Looking at the chart above, we see that in all previous cases, similar situations (we marked them with the blue vertical dashed lines) preceded bigger moves to the downside, which increases the probability that the history will repeat itself once again in the very near future.

Thanks to the recent drops of the U.S. dollar, one of the currency pairs extended losses significantly, making currency bears’ (and ours) short positions even more profitable. Which of them do we mean? Let’s take a look at the chart below.

From the medium-term perspective, we see that USD/CAD extended losses earlier this week, which together with the sell signals generated by the weekly indicators supports currency bears and lower values of the exchange rate.

How low could USD/CAD go in the coming week?

Before we answer to this question, let’s recall the quote from our Forex Trading Alert posted on April 4, 2018: