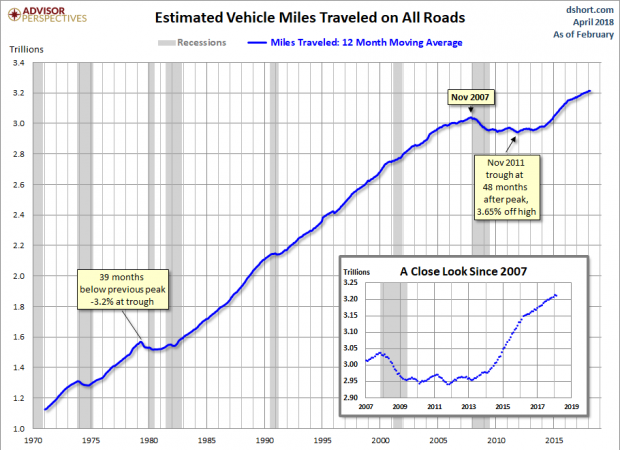 The Department of Transportation’s Federal Highway Commission has released the latest report on Traffic Volume Trends, data through February.

“Travel on all roads and streets changed by -0.1% (-0.2 billion vehicle miles) for February 2018 as compared with February 2017. Travel for the month is estimated to be 226.7 billion vehicle miles.” The 12-month moving average was unchanged month-over-month and 1.1% year-over-year. If we factor in population growth, the 12-month MA of the civilian population-adjusted data (age 16-and-over) is down 0.06% month-over-month and unchanged year-over-year.

Here is a chart that illustrates this data series from its inception in 1971. It illustrates the “Moving 12-Month Total on ALL Roads,” as the DOT terms it. As we can readily see, the Great Recession had a substantial impact on our driving habits, but have bounced back since. 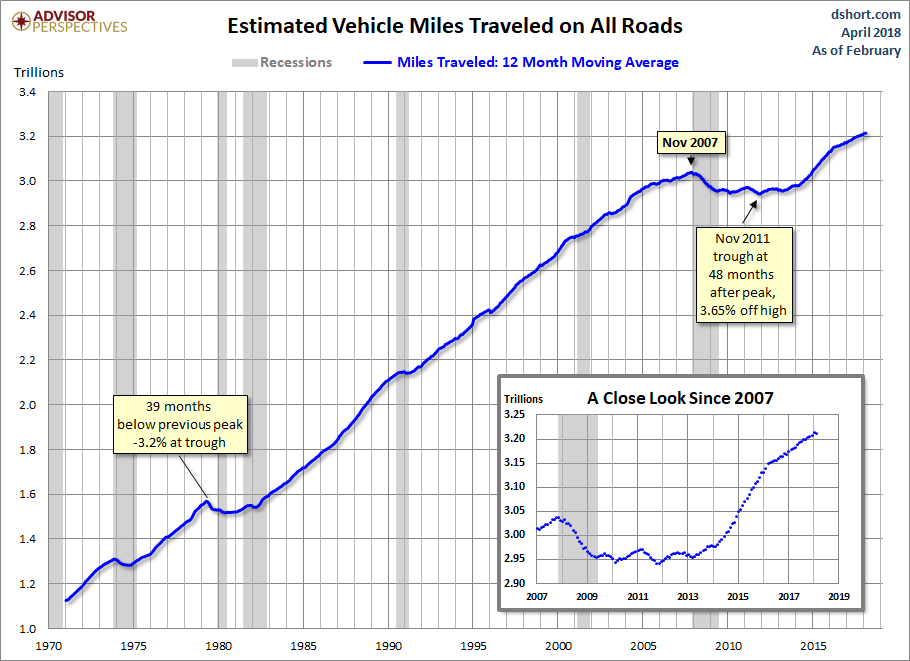 The rolling 12-month miles traveled contracted from its all-time high for 39 months during the stagflation of the late 1970s to early 1980s, a double-dip recession era. The most recent decline lasted for 85 months, the trough in November 2011, 48 months from the previous high. The latest data point is another all-time high.

Total Miles Traveled, however, is one of those metrics that should be adjusted for population growth to provide the most meaningful analysis, especially if we want to understand the historical context. We can do a quick adjustment of the data using an appropriate population group as the deflator. Let’s use the Bureau of Labor Statistics’ Civilian Noninstitutional Population Age 16 and Over (FRED series CNP16OV). The next chart incorporates that adjustment with the growth shown on the vertical axis as the percent change from 1971. 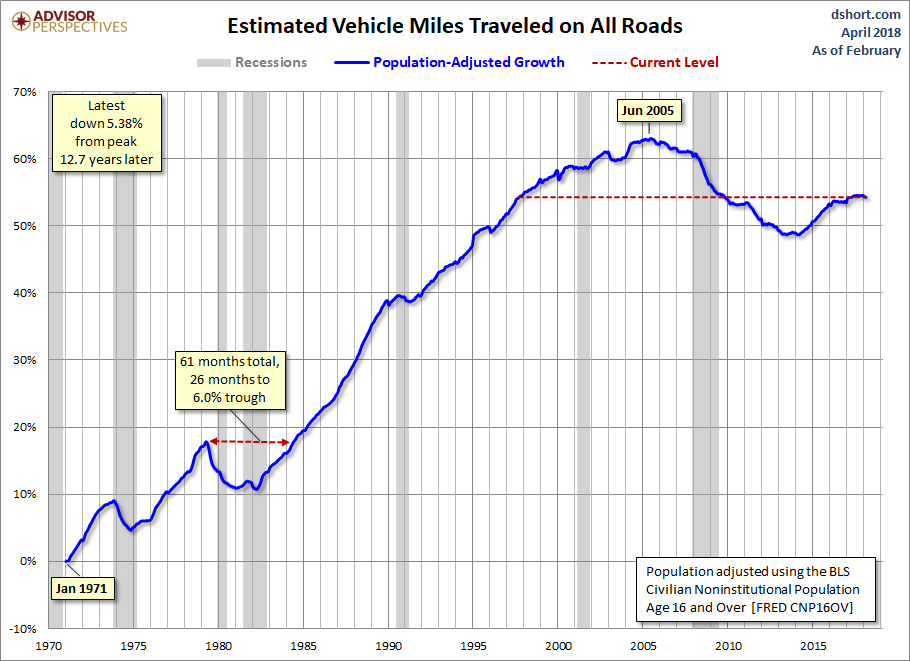 Clearly, when we adjust for population growth, the Miles-Traveled metric takes on a weaker look. The nominal 39-month dip that began in May 1979 grows to 61 months, slightly more than five years. The trough was a 6% decline from the previous peak.