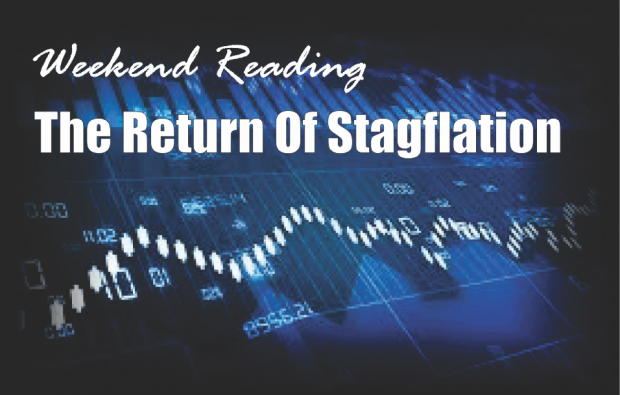 Weekend Reading: The Return Of Stagflation 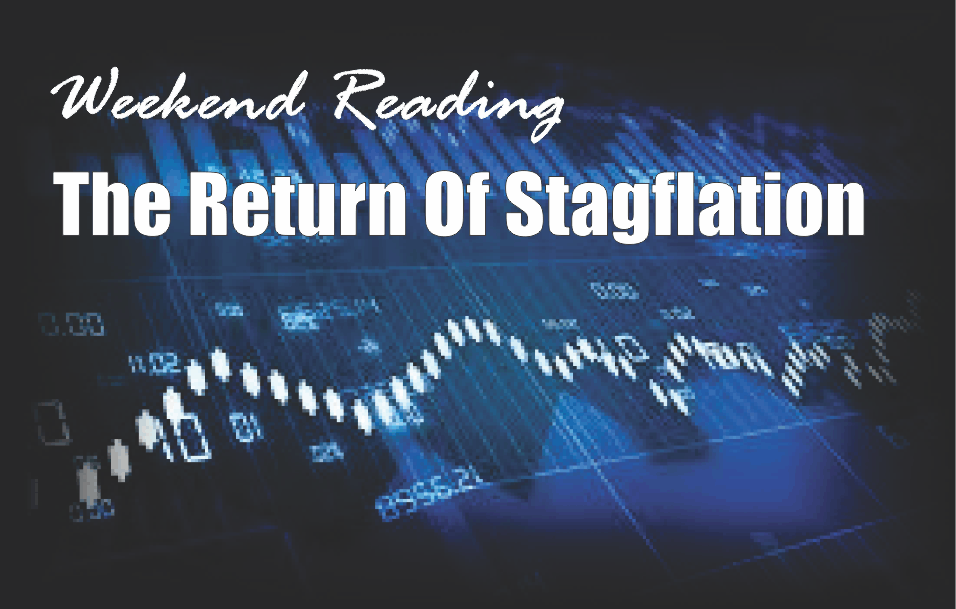 One of the worst possible outcomes for the U.S. economy, and ultimately for investors, is stagflation. Of course, if you weren’t around in the 60-70’s, there is a reasonably high probability you are not even sure what “stagflation” is. Here is the technical definition:

How can that happen? Exactly in the way you are witnessing now.

While the current Administration is keen on equalizing trade through tariffs, trade deals, and trade deficit reduction, they have also embarked on a deficit expanding spending spree which has deleterious long-term effects on economic growth. At the same time, the administration is attacking our major trading partners, particularly China, leading to a push to shift away from the U.S. dollar as a reserve currency. 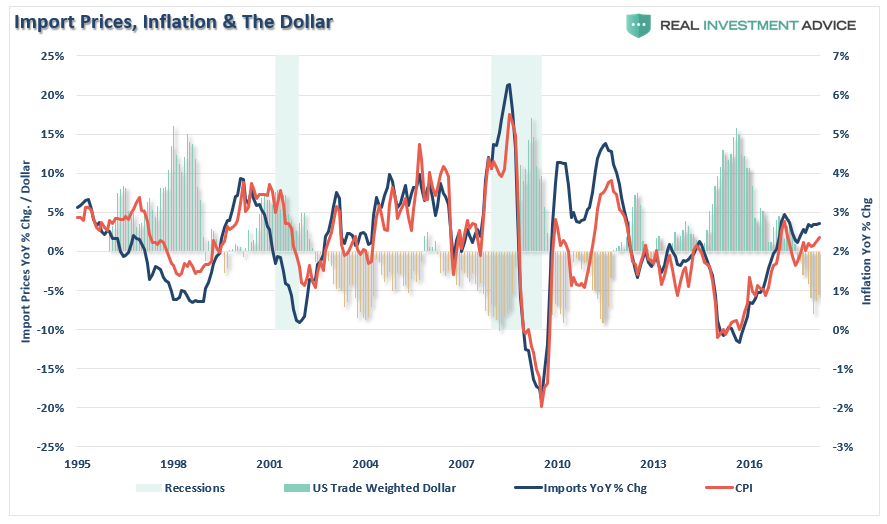 What does all that mean?

Here is the problem with the current trajectory.