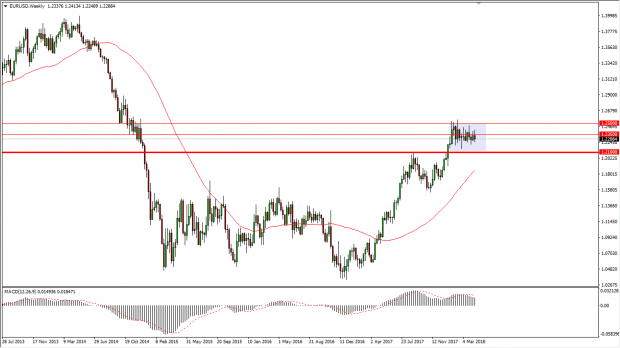 The EUR/USD pair initially tried to rally during the week but found the area above the 1.2350 level to be a bit too expensive. Now that we have pulled back from that area, we ended up forming a shooting star for the week. However, I see a significant amount of support below the 1.21 handle, so I think that we are about to see more of the same back, and forth and choppy sideways action. 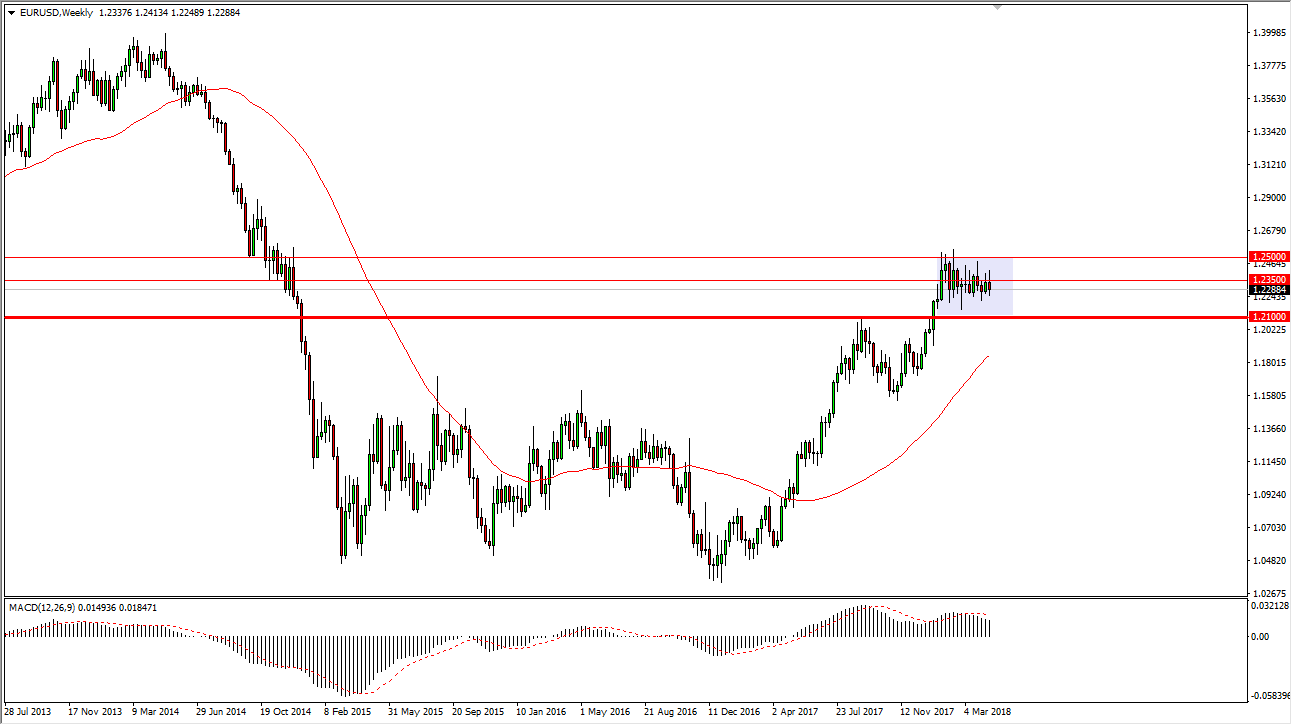 The Australian dollar initially tried to rally during the week against the US dollar but turned around and broke below the 0.77 level. By doing so, we are testing a major uptrend line going back to the end of 2015, perhaps offering a nice buying opportunity. I think if we can stay above this uptrend line, extensively the 0.76 handle, the market should rally towards 0.78 again during the week, and perhaps even higher than that. 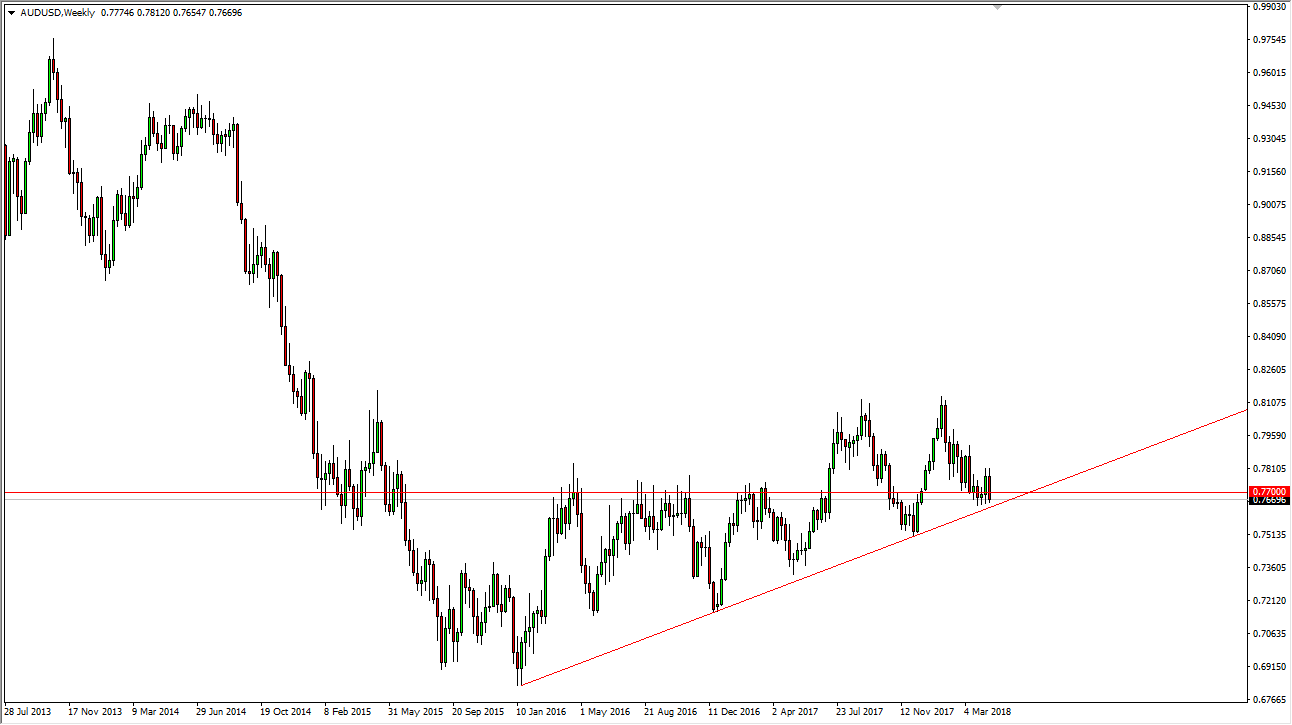 The US dollar initially fell against the Canadian dollar during the week but found the area just above the 1.25 level as being supportive enough to turn things around. Friday got a bit of a turbo boost as the CPI numbers in Canada came out much lower than anticipated. I believe that this pair will break above the 1.2750 level and continue to go towards the 1.29 level during the next week or so. A short-term pullback should end up being buying opportunities as the longer-term uptrend line looks to hold. 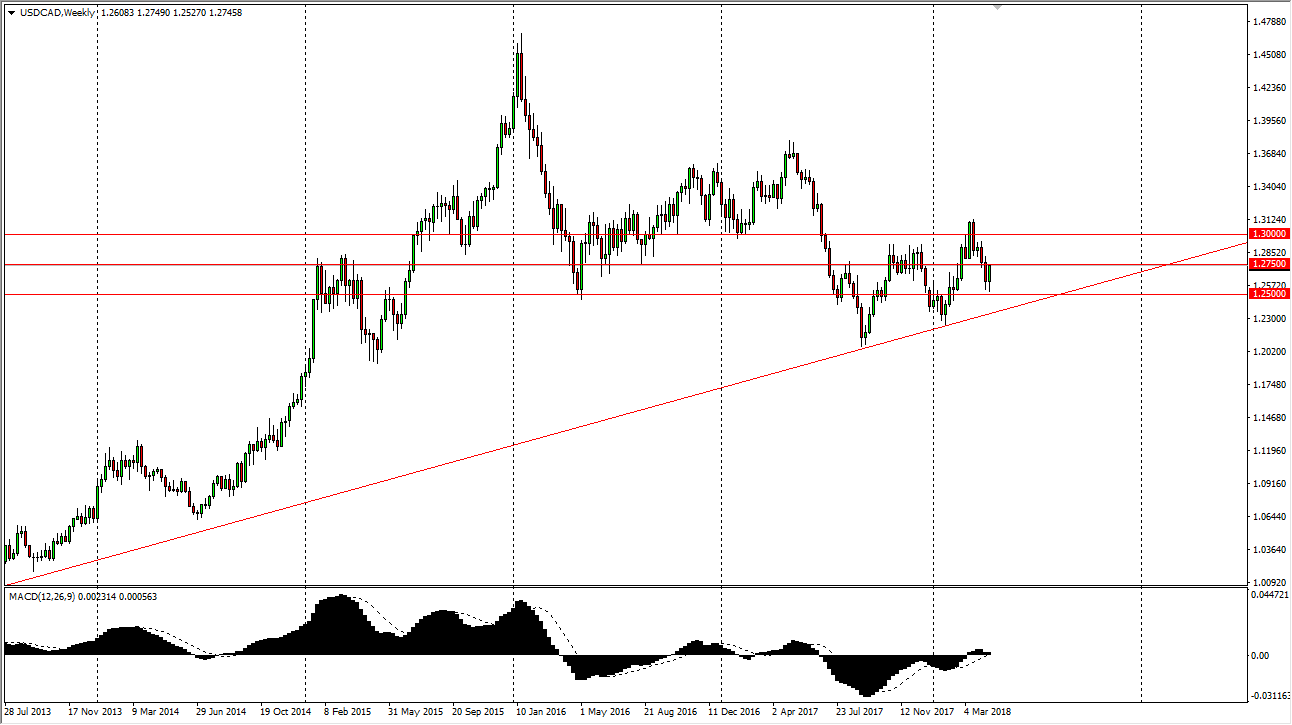 The British pound fell against the Japanese yen over the week, looking towards the 151 handle. I think there is a certain amount of psychological support at the 150 level, and of course, the pair of the uptrend line that I have on the weekly chart. I’m looking at pullbacks as an opportunity to pick up value and would use shorter-term charts for my entries. 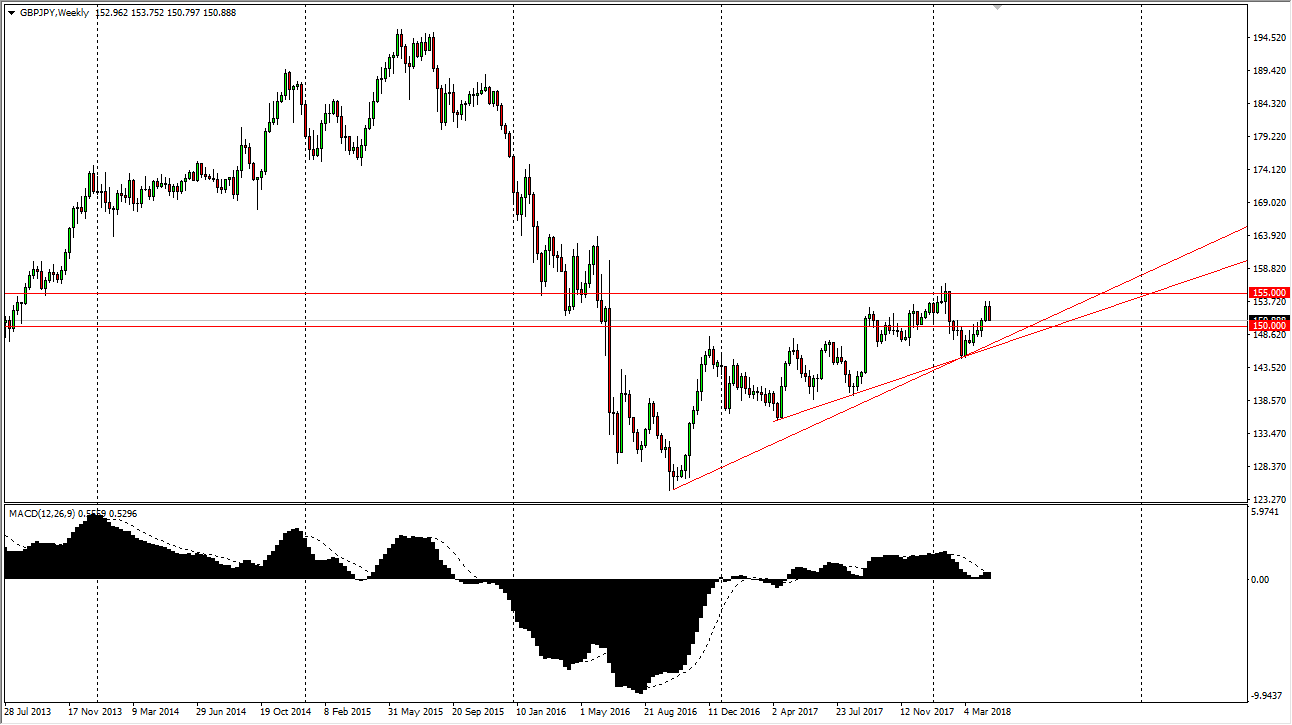