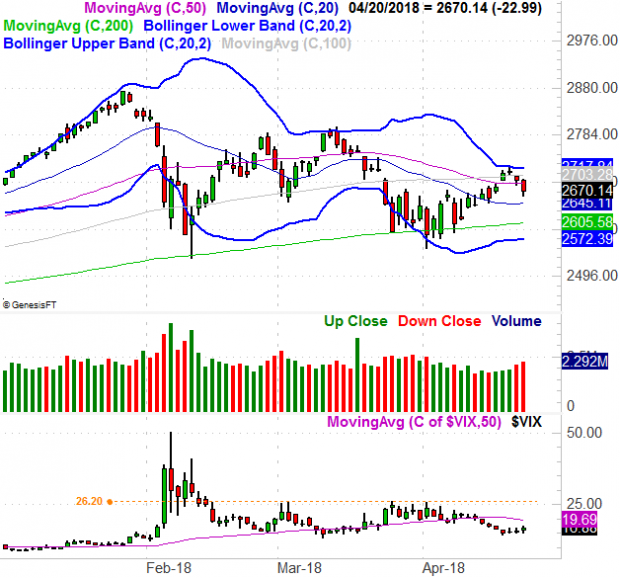 Weekly Market Outlook – The Least Opportune Time To Give Up 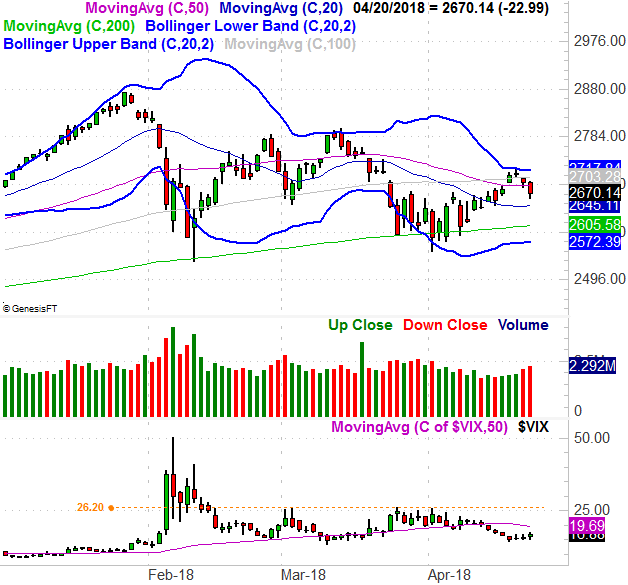 For the better part of the first half of April, it looked like the market was going to make good on the recovery hints it dropped early in the month. Now that entire effort is being called into question. Though the rebound gain was never a move backed by high volume, a major hurdle that could have become a bullish catalysts was never cleared. Instead, traders backed away from it… in spades.

Things could still go either way, but the bears have the edge again.

We’ll dissect it below, as always, pointing out why we may have still not seen the ultimate, capitulation bottom. First though, let’s review last week’s economic data and preview this week’s economic announcements. There’s one report in the cards that could make or break the market.

Last month’s retail sales were…not red-hot, but solid. Even stripping out the positive impact of strong automobile sales, retail consumption grew 0.2% for the month. On a year-over-year basis, all retail spending was up 4.6% (not including restaurants). If you look closely, you’ll see consumerism is picking up speed again. 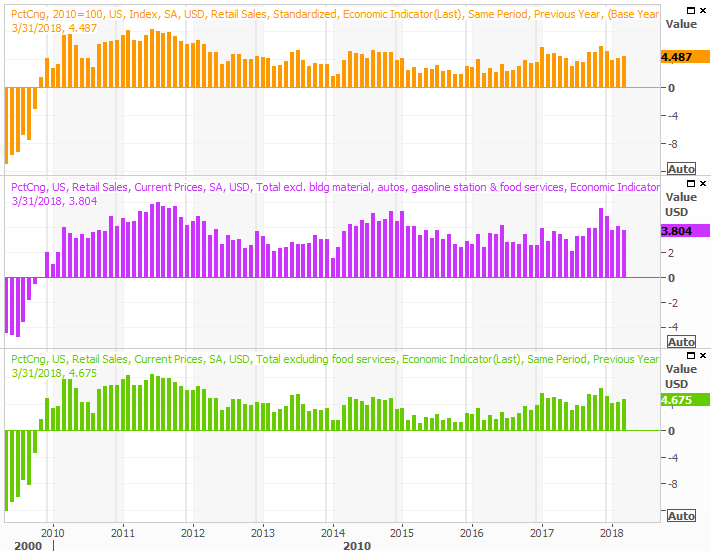 Real estate construction activity is also picking up steam. Housing starts and building permits were not only both up, extending a long-standing uptrend, both rolled in better than expected. 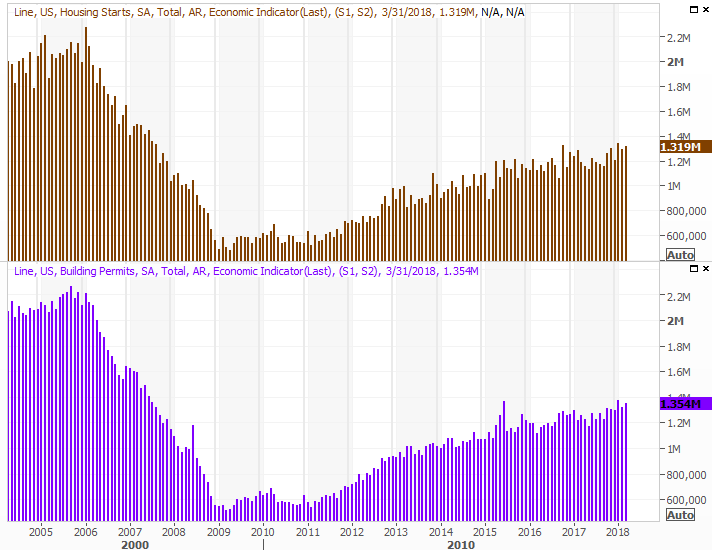 It’s encouraging to see this much interest in homes against a backdrop of rising interest rates, though perhaps would-be buyers are pulling the trigger before rates edge any higher. We can’t be presumptuous though. We have to assume the trend in place will remain in place until we clearly see it’s not.

Perhaps last week’s most important economic report was March’s capacity utilization and industrial productivity figures. Production was up 0.5%, and the utilization of our factories grew from 77.7% to 78.0%. Both continue to race higher.