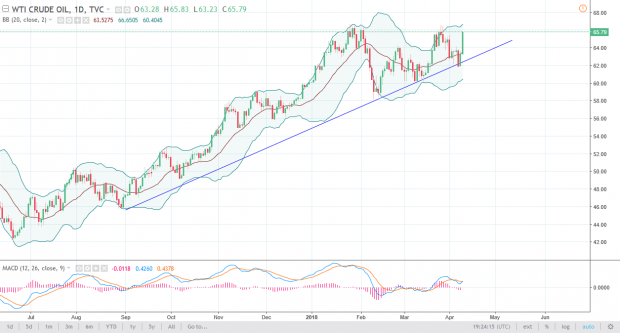 The WTI Crude Oil market broke higher during the trading session on Tuesday, gaining 4% in an explosive move. Ultimately, this is a move based upon the tensions between the United States and America dropping a bit. Because of that, it looks likely to bring in more of a “risk on” move, having the US dollar selloff. The US dollar rolling over puts upward pressure on the WTI market, bouncing from the uptrend line from a couple of days ago. If we can break above the $66 level, then we could go to the $68 level after that. I believe that a short-term pullback should offer value that a lot of people will be willing to take advantage of. I don’t have any interest in shorting this market until we break down below the uptrend line, something that doesn’t look very likely to happen in the short term. 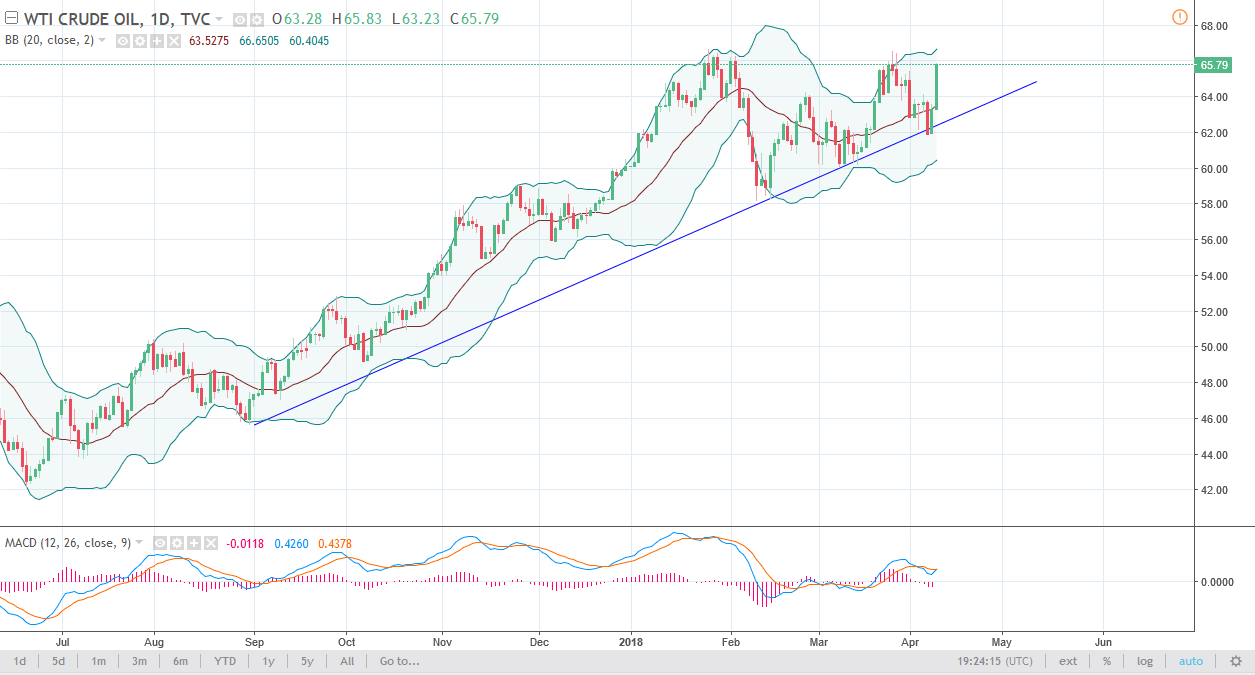 The natural gas markets initially tried to rally during trading on Tuesday but rolled over and broke towards the $2.65 level. This is a market that continues to consolidate overall, but most certainly has a longer-term downward bias. I believe that ultimately, we will try to break below $2.60 and go to the $2.50 level, but it’s going to take some time to get there. In the meantime, I believe that if we rally, it’s an opportunity to start selling. At the first signs of exhaustion, I’m willing to use start going short of a market that certainly has so much in the way of trouble. I believe that the oversupply of natural gas will continue to be a longer-term issue, and that, of course, will continue to put a significant amount of bearish pressure in this market. 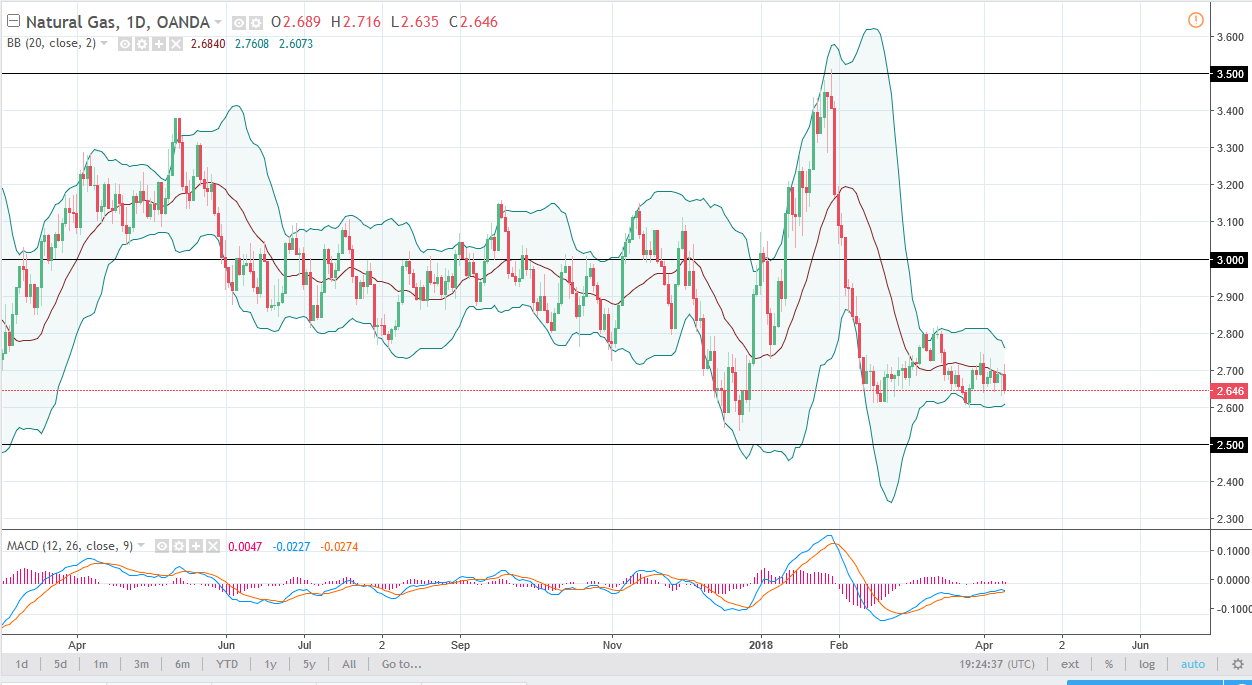