Yen Weakness Remains As Japanese Inflation Settles: The BoJ Is On Deck 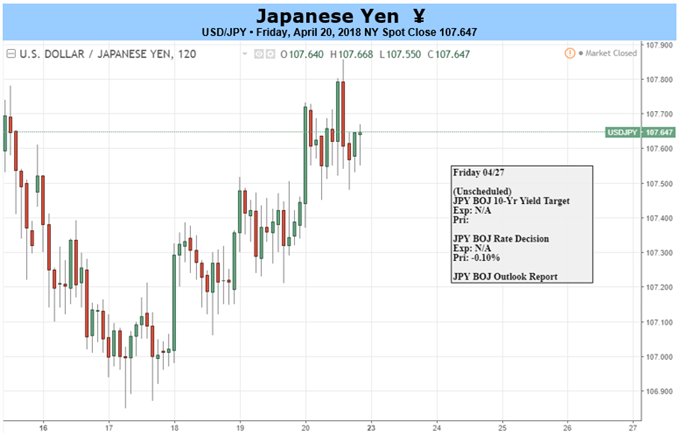 This week saw a JPY in the Spotlight: Yen Weakness Shows Ahead of Japanese Inflation as the currency continues to step back from the ledge of risk aversion. The first quarter of this year saw considerable Yen-strength, and this was driven by a couple of factors. Global risk aversion began to heat up in February, and this certainly helped to drive Yen-strength as safe-haven flows sought out more secure harbors. But also of issue was a continued rise in Japanese inflation, as December produced a 33-month high, followed by a 34-month high in January and another increase in February. By the time we got February inflation data, Japan was seeing price growth faster than what we were seeing in Europe, bringing with it the very requisite question as to when the BoJ might look to start planning their exit from stimulus.

At the bank’s March rate decision, the BoJ continued to strike a dovish tone. BoJ Governor, Haruhiko Kuroda, also openly voiced concern about a strong Yen negatively impacting the Japanese economy, in both consumption and capital expenditures. And earlier this week, we got a piece of data that may help to support those dovish drives as Japanese inflation receded back towards one-percent after the rather aggressive jump from the prior two months. 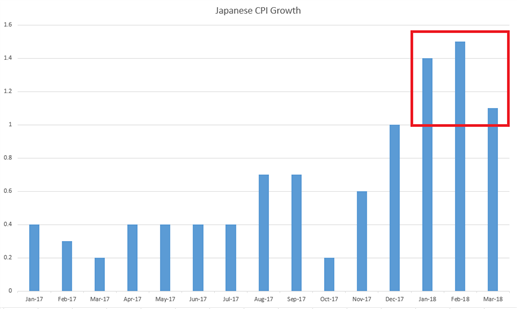 Next week’s economic calendar has a number of pertinent items for the Japanese Yen, with the highlight loaded in the latter-portion of the week for US Dollar Shows Strength Ahead of ECB, BoJ Rate Decisions. As has become usual, there are few expectations for any actual moves from the bank; but the bigger question will be just how unnerved the BoJ might be from that earlier-year inflation spike; and whether the pullback in March has the potential to keep inflation rates pegged closer to one-percent, allowing the BoJ the flexibility to continue with their ‘yield curve control’ QE program without having to start looking for the exit.