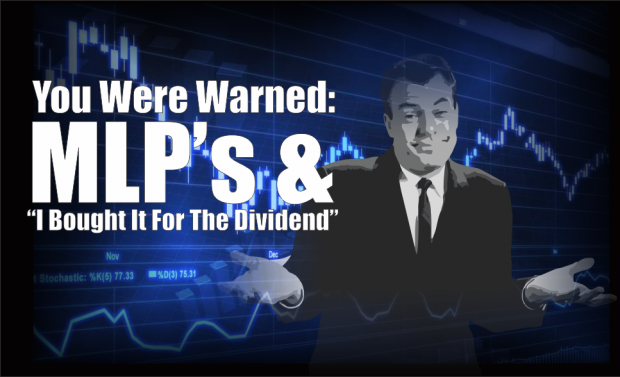 You Were Warned: MLP’s & “I Bought It For The Dividend” 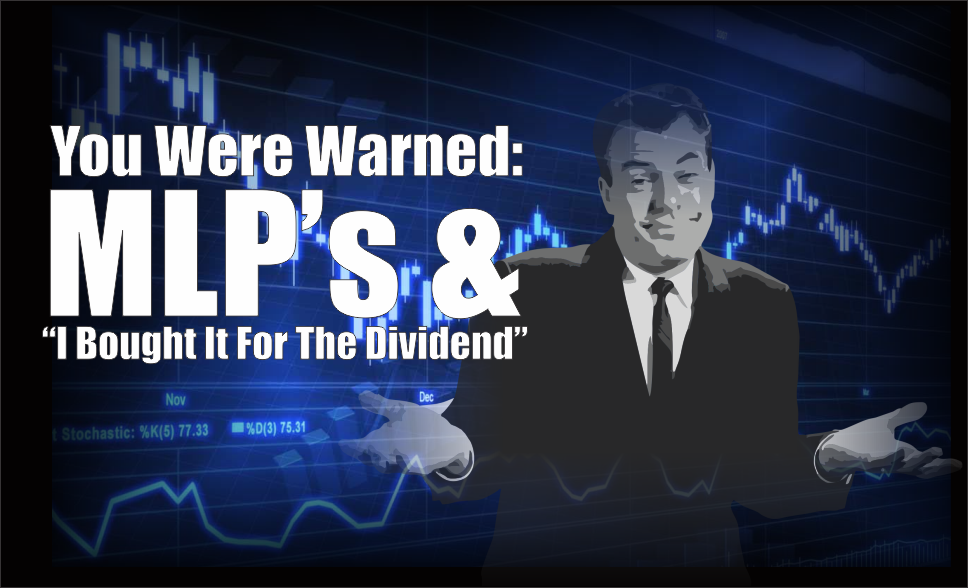 In early 2016, I warned investors about the dangers of Master Limited Partnerships (MLP’s) and chasing dividend yields. To wit:

“One of the big issues starting in 2016 will be the reversions of MLP’s. Many investors jumped into MLP’s believing them to be a ‘no-brainer’ investment for income with little or no price risk. As I have suggested many times over the last few years, this was ALWAYS a false premise. In 2016, many companies that spun-off pipelines in the form of MLP’s, will ‘revert’ them back into the parent company as they can buy the asset back very cheaply, boosting cash flows of the parent company, during a period of weak commodity prices. This will leave MLP investors who just ‘bought it for the dividend,’ receiving back much less than they invested to begin with.”

That prediction continues to come to fruition with the latest announcement by Tallgrass Energy Partners. Via Bloomberg:

“Tallgrass Energy GP, LP announced late on Monday it would buy out the public unit-holders owning about two-thirds of its master limited partnership, Tallgrass Energy Partners, LP. It’s the latest MLP to be shuffled off and a good example of why the ranks are thinning in this once-beloved corner of the market.

Tallgrass Energy Partners listed in 2013, when the combination of yield and growth — predicated on the resurgence in U.S. oil and gas production — offered by MLPs had them in high demand. The general partner, Tallgrass Energy GP, listed two years later, when oil’s bear market had started but MLPs hadn’t yet fallen out of favor. That followed soon after.”

The “yield” is the problem.

“Tallgrass actually avoided cutting its quarterly distributions in the downturn, making it a relatively rare beast and explaining much its outperformance. But those high distributions evidently didn’t inspire enough confidence — and just became a high cost of capital instead.”

But it isn’t just Tallgrass, but most MLP’s. The “yields” reflected by MLP’s are actually understatements of the true cost of equity. Once prices fall, both on the MLP and with the underlying commodity, the entire premise of “raising capital cheaply” gets called into question. It then becomes much more opportunistic to “revert” the MLP back into the parent company.

This is the point where a common“investment thesis” falls apart.

The Dangers Of “I Bought It For The Dividend”

“I don’t care about the price, I bought it for the yield.”

First of all, let’s clear up something.