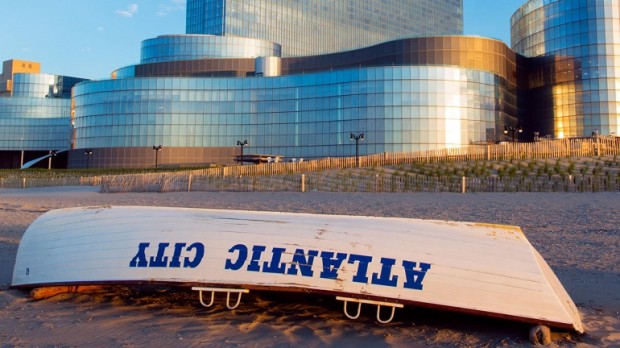 Revel Without a Cause: The Spectacular Fall Of Atlantic City’s Biggest Casino

FOUR ATLANTIC CITY CASINOS have closed this year—another is expected to be shuttered soon—as revenues plunged because of new competition in neighboring states. The most spectacular fall in the Boardwalk empire? The $2.4 billion Revel.

Eight years ago, Atlantic City’s gaming revenues reached $5.2 billion (an alltime high). In this environment, Morgan Stanley MS -0.76% purchased the Revel’s land for $74 million and picked Kevin DeSanctis, who had run Trump Plaza and worked with Steve Wynn, to plan a new, wildly ambitious casino project. The Revel was designed to attract overnight guests (in contrast to the city’s typical daytime visitors) with high-class entertainment, spas and restaurants.

Morgan Stanley bet big on Revel, investing $1.25 billion. City officials approved two hotel towers with 3,800 rooms with curved façades to look sculpted by the ocean waves; also included would be Atlantic City’s first wedding chapel. The developers planned for the casino to open in the second half of 2010.

But even before Revel broke ground, growing competition threatened to undermine it. In September 2006, Pennsylvania approved slots-only casinos. New York followed one year later. By the time that construction crews laid the foundation for Revel in January 2008, the economic and credit crisis had hit. That summer, with credit tight, management cut the plan for the casino’s size by half. Even so, one year later the project had run out of money, and in January 2009 Revel laid off 400 people and halted interior work. With the project short $1.4 billion and having trouble raising financing, construction stopped completely in March 2014. Two months later Delware approved sports betting.

The double-whammy of competition and an economic crisis hit Atlantic City hard. At the end of 2009, the city’s gaming revenue had fallen to $3.9 billion. In early 2010, Pennsylvania legalized table games. In perhaps an omen of the casino’s bleak future, in March 2010 a crane perched high on the construction site collapsed in high winds, injuring one person on the ground. Ten days later, welding torches that were used to remove the collapsed crane sparked a rooftop fire. (No one was hurt).

But by then Morgan Stanley had had enough. In April 2010, with construction just 60% complete, the bank pulled out of the project. When it put its stake up for sale, it booked a $932 million loss for the first quarter of 2010. Two months later, Delaware began offering table games. By late summer 2010, unemployment in Atlantic City was reportedly at 13%–about one-third higher than the rest of New Jersey. Nearly one-quarter of the city’s residences were reportedly vacant.

Read more: Revel Without a Cause: The Spectacular Fall Of Atlantic City’s Biggest Casino