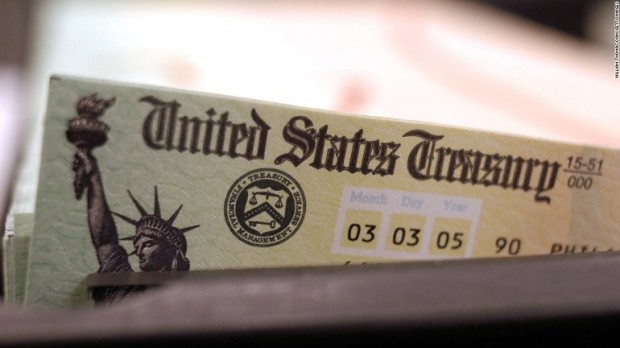 Why is GOP going after Social Security?

Paul Waldman is a senior writer with the American Prospect magazine and a blogger for the Washington Post.

(CNN)Social Security is often described as “the third rail of American politics” — touch it and you’ll get zapped.

So why do Republicans keep sidling up to it and sticking their fingers out?

There’s a brewing controversy in Congress over a small part of the program, which is just the latest version of an old routine that goes like this: Republicans say Social Security is going broke, and they propose changes that would cut benefits or otherwise undermine the program. Democrats shout “Republicans are trying to cut Social Security!” Then the Republicans, scared of a backlash from older voters, back off.

That may be an exaggeration, but the fact is that Republicans hate big government, and government doesn’t come any bigger than Social Security.

It’s also the most successful and beloved social program in American history. Most of us are too young to remember when growing old in America almost inevitably meant a miserable descent into poverty, but until the middle of the 20th century, that’s what it was.

The current controversy revolves around a rule change Republicans made as soon as the new Congress was sworn in this month. Social Security is actually two separate programs, Old Age and Survivors Insurance (OASI), and the much smaller Disability Insurance program (DI). The disability program will be facing a funding shortfall next year, and to ensure that disabled people continue to get all their benefits, Congress would have to move some money from OASI into DI. This isn’t anything new — it’s been done many times in recent years.

But House Republicans adopted a parliamentary rule barring the House from allowing that transfer unless it was accompanied by benefit cuts or tax increases. If it can’t get worked out, people on DI could see their benefits cut substantially.

So why would Republicans insist on this? My guess is that they think forcing a mini-crisis over the Disability Insurance program’s finances will allow for a debate on the program that will make it easier to do what they’ve wanted to do for a long time: cut it back somehow, either by reducing benefits, increasing the retirement age, or even partially privatizing it. The justification is always that the program is “going broke.” But that’s just not true.

When people say that, what they’re usually referring to is that, according to the projections in the Social Security Trustees’ latest report, in 2033 the program’s trust fund will be exhausted. But even if there are no changes between now and then, the program would not be “broke.” That’s because it would still be taking in billions of dollars in taxes every day and paying them out in benefits. Even under this scenario, the program will still pay 77% of recipient’s benefits after 2033, according to the report.

Which would be awful. That would be a large reduction in income for millions of seniors. But 77% is not nothing. The people who tell you that the program will be “broke” are hoping that, faced with that (fictional) nightmare, you might be willing to accept steep benefit cuts now.

But we don’t have to — the projected shortfall can be fixed with some very modest changes, like raising the payroll tax cap (right now you only pay payroll taxes on the first $117,000 of your wages, which means that the wealthy actually pay less as a proportion of their income than the rest of us) or gradually raising the payroll tax by a point in tiny increments over an extended period.

The point is, it wouldn’t be hard to come up with some combination of changes that could take care of the shortfall without cutting benefits. But for that to happen, both parties would have to agree on that goal. And there’s reason to wonder whether Republicans really want a Social Security that’s strong and stable.

Read more: Why is GOP going after Social Security?