The Importance for Individuals to Use Sustainable Chemicals 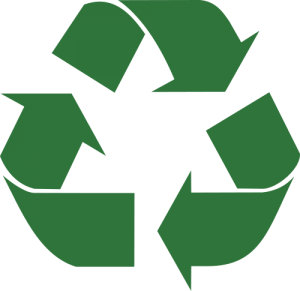 The increasing global population creates an unsustainable demand on fossil fuels and polymer feedstocks. The chemical industry has risen to meet the challenge with a focus on development of sustainable chemicals.

Sustainable Chemicals are a product of environmentally safe sustainable chemistry. ‘Green’ chemistry is a new research philosophy which promotes the design and use of processes and products where the content of hazardous substances is significantly reduced.

The drive for sustainability arises from the warning signs from the world’s ecosystem. Our population growth is in overdrive, with a projection of 9.5 billion inhabitants by 2050. Despite the fact that natural resources are restricted, we still have to provide food, water and energy, and make these resources accessible to everyone wherever they might live.

Around the world, chemical companies are adapting to global trends in anticipation of projected shortfalls. The current goal is to orient their strategies toward increased environmental sustainability.

In a world with a rapidly escalating population and limited resources, the emphasis is on more efficient use of natural resources and energy. The chemical industry is doing its bit to create a low-carbon, resource-efficient economy by changes in manufacturing and the type of materials in production.

To address these anticipated challenges, the National Bio-economy Blueprint was released by the Obama Administration. It was designed to create an inclusive approach toward biological research, which would strive to find appropriate solutions to prospective challenges in food, energy, health, and the environment. Aware of the potential crisis, the federal government is motivating the development of bio-based products, which includes sustainable chemicals. Additionally, the Government is committed to using its authority to expand the bio-based product market.

Taking an extended view, industries will have to come up with alternatives for fossil fuels, as the supply of polymer feedstock diminishes and it becomes increasingly expensive. In light of this, studies are conducted on agricultural resources like grains, sugar and oilseeds. Globally, about 1.7 billion metric tons were processed from cassava and corn wheat, while sugar beet and sugarcane accounted for 160 million tons, with Brazil being the lead producer. Considering vegetable input, palm generated 48 million tons primarily out of Indonesia and Malaysia, which come from tree harvests as opposed to other vegetable feedstocks being processed from seeds.

The agricultural industry is witnessing a global battle for land area, with an increasing requirement of cultivable land for growing feedstock. This incentive began with a drive in 2002 for using bioethanol/biofuel, which raised the area under cultivation to 70 million hectares worldwide by year 2010.

Apart from biofuels, other factors have played a role like Asia’s increase in per capita income. This has resulted in an increased consumption of meat, thus creating a greater requirement of food for livestock. More cultivable land is available in South East Asia, South America and around the Black Sea, provided it is cost-effective.

Agricultural feedstock is now being used for fine chemicals and bio-based plastics. The challenge is to locate sources which are sustainable in a global marketplace.

The automotive industry too is making a push in this area. Some significant progress and new developments have been made in the use of polyurethane foam, which is soy polyol-based.

With a growing global awareness, it is critical for individuals to appreciate the need for an economic shift to sustainable chemicals.