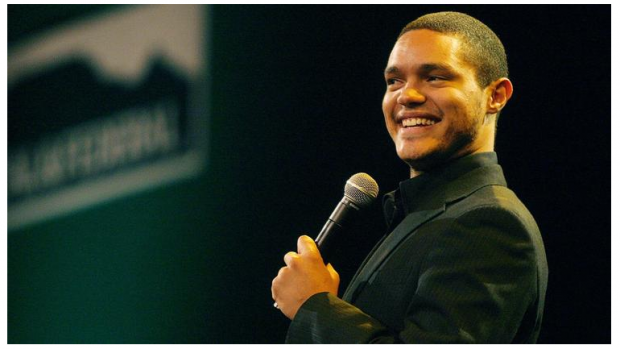 A day after Trevor Noah was declared the new host of “The Daily Show,” complete with the blessing of the exiting Jon Stewart, graphic tweets targeting women, Jews and victims of the Ebola virus are causing a social media backlash.

By Tuesday, Trevor Noah was a trending topic on Twitter as he drew fire for jokes described as tasteless, hateful — and unfunny. Rosanne Barr was among those calling out the 31-year-old South African comic, who has an international following and two million Twitter followers.

Noah’s controversial tweets were posted between 2009 and 2014.

In 2009 he wrote, “Almost bumped a Jewish kid crossing the road. He didn’t look b4 crossing but I still would hav felt so bad in my german car!”

In a post from 2011, he writes, “Oh yeah the weekend. People are gonna get drunk & think that I’m sexy!” He attributes the joke to “fat chicks everywhere.”

When a fan tweeted him last fall with a request to come to Texas, Noah replied, “But you’ve already got Ebola?”

Comedy Central did not immediately respond to a request for comment.

The tweets showed a different side to Noah than the picture painted by Comedy Central and the comedian himself just a day earlier: In a phone interview on Monday from Dubai, where Noah was traveling on a comedy tour, he likened himself to the New York-born Stewart, saying, “One thing we both share: We are both progressives.” He added, “traveling the world I’ve learned that progressives, regardless of their locations, think in a global space.”

Noah, the son of a black South African mother and white European father who speaks six languages, was bring pitched by Comedy Central as reflecting a new age of global multiculturalism, “a citizen of the world,” in the words of Michele Ganeless, the network’s president.

He was named a little more than a month after Stewart unexpectedly announced he was leaving “The Daily Show” following 16 years as the show’s principal voice. Although no dates have been disclosed, Stewart is expected to depart by the end of the year, with Noah taking over soon afterward.

On Monday, Ganeless spoke of the advantage of introducing Noah to a mainstream U.S. audience through “The Daily Show,” with viewers coming to the show he hosts with no preconceptions. “They will get to discover him, and form their opinions of him, as they watch him host.”

The choice of a new host for “The Daily Show” is a critical decision not only for the satirical-news program, but for the network, whose identity has largely been forged by the “Daily Show” franchise, which for years was followed by the likewise signature “The Colbert Report.”