Shares of Acadia Pharmaceuticals Inc. (ACAD) fell by more than 25% on Monday after an article published on the CNN website raised concerns on the company’s lead drug, Nuplazid. The article termed the drug as ‘hostile’ and blamed it for the increasing deaths among patients that were treated with it.

According to the article, an analysis by the non-profit Institute for Safe Medication Practices found out that there were 244 deaths involving patients on Nuplazid within the first year of its introduction.

The drug was also named as a “suspect’ in at least 500 deaths. Nuplazid was launched two years ago and is the company’s lead treatment in psychosis and hallucinations related to Parkinson’s disease. Shares of the pharmaceutical firm ended the day at $16.50 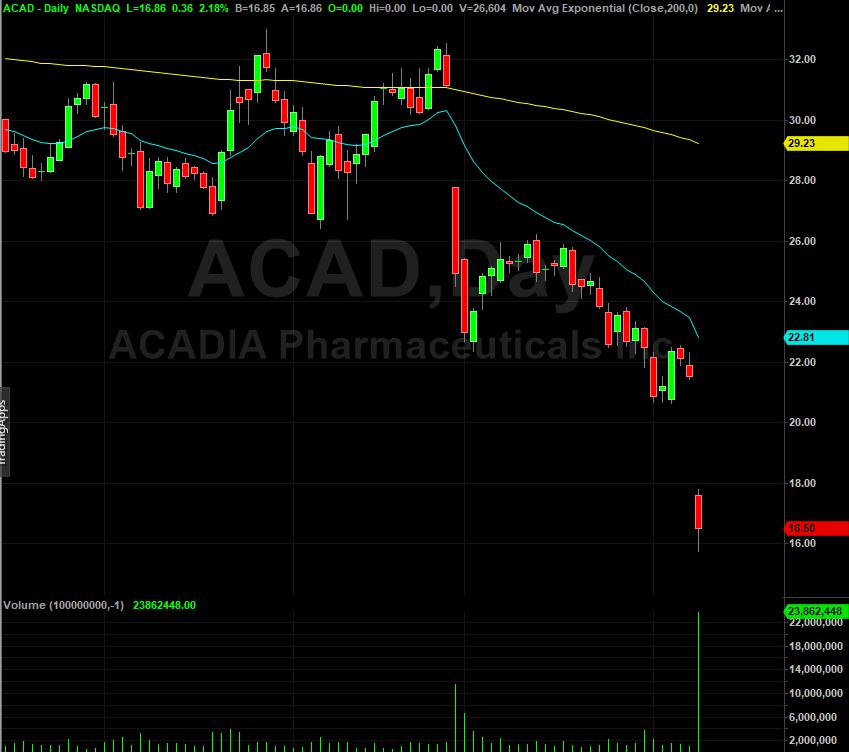 The company is expected to report its earnings for the first quarter of fiscal year 2018 on May 8. Analysts expect the company to report negative earnings per share of $0.56.

Acadia responded to the CNN report in a statement indicating that patients who had Parkinson’s disease psychosis (PDP) were mostly older and frequently ill. The patients were also usually on numerous medications and that those factors are often linked with high mortality risk. The company added that they regularly monitored Nuplazid’s mortality risk and reported the information to the Food and Drug Administration (FDA) each quarter.

Acadia also said that FDA had not found any particular safety concern that is not already indicated in the drug’s labeling Nuplazid was developed. The company defended itself further saying that the overall mortality rate for patients who used the drug had in fact reduced by half.