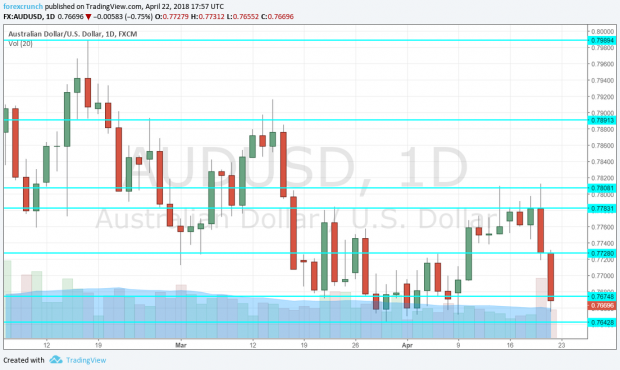 The Australian dollar tried to move to higher ground but collapsed after climbing above 0.78. Rising US yields boosted the greenback and the A$ could not match it. Will we see further falls? Here are the highlights of the week and an updated technical analysis for AUD/USD.

The prices of aluminum and other metals shot up, helping the Australian dollar, a commodity currency. However, these rises were partly the result of trade tensions which then weighed on the currency. Moreover, rising US yields, based on upbeat economic data and optimistic messages from the Fed sent the USD higher, causing a sharp turnaround. 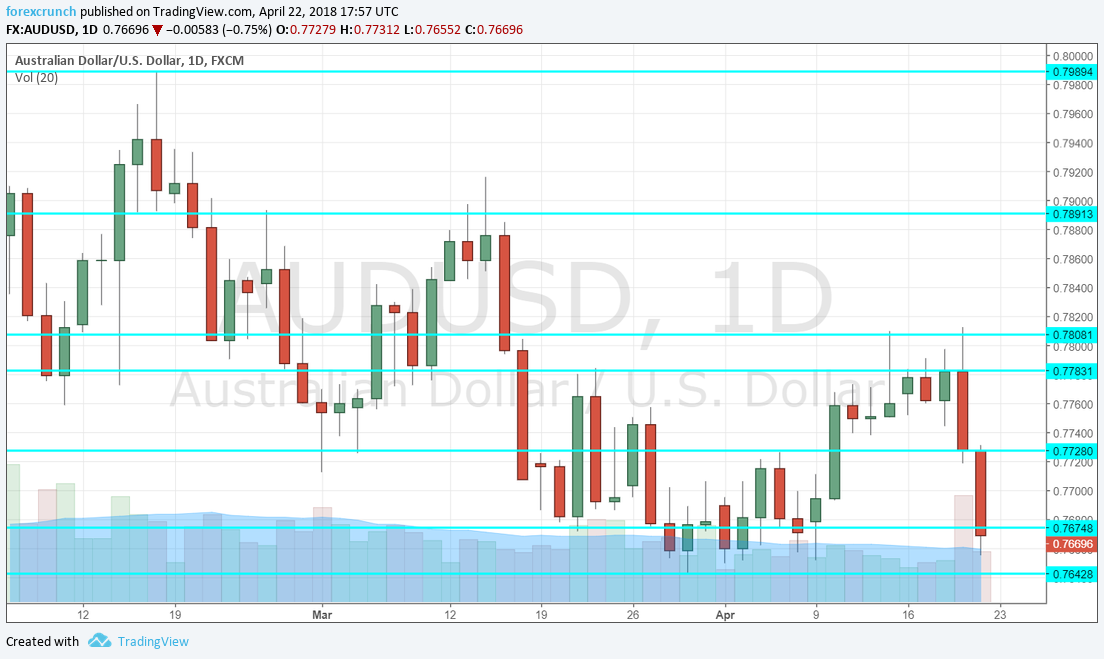