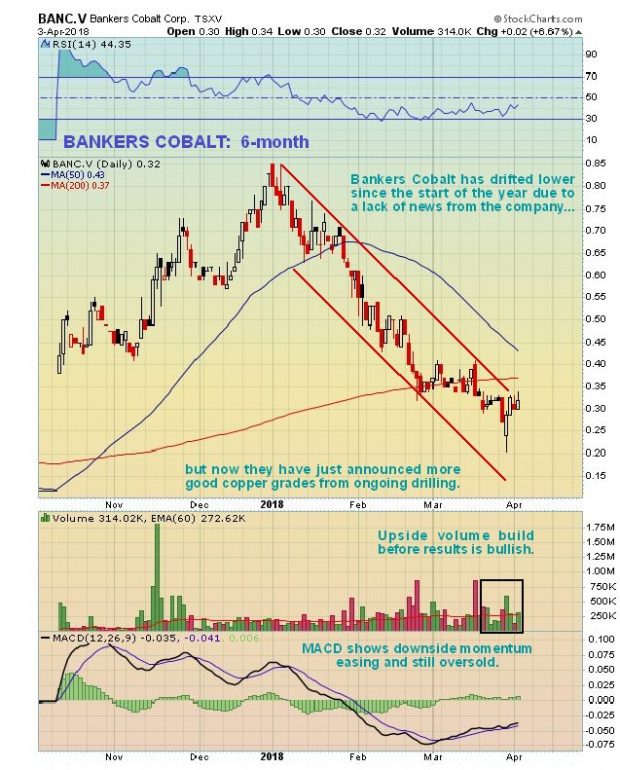 Cobalt is one of the most important minerals in existence, and is vital for the fast growing electric car industry and other applications. Getting on for half the world’s cobalt is located in the DRC (Democratic Republic of Congo) in Africa, and while this may conjure up images of groups of youths driving round in jeeps strafing people with machine guns and setting fire to villages, etc., the Congo is a huge country with very different areas, and the mining industry there certainly has the clout to buy whatever protection is necessary, especially as the Chinese have a big presence in Africa.

The reason that the stock of Bankers Cobalt Corp. (BANC:TSX.V) (NDENF) has dropped a lot since the start of the year appears to have much more to do with a complete lack of news out of the company since then, rather than problems relating to the stability of the country. As we can see on its latest 6-month chart, when it bottomed a week ago, it had lost three-quarters of its value at the start of the year, which means it is cheap, so the positive drilling results just released should result in it turning higher here, and it would appear that select investors were anticipating this, for as we can see on the chart, upside volume has built up in recent days. The downtrend in force so far this year looks like it has run its course, especially as it has brought the price down below a still rising 200-day moving average. 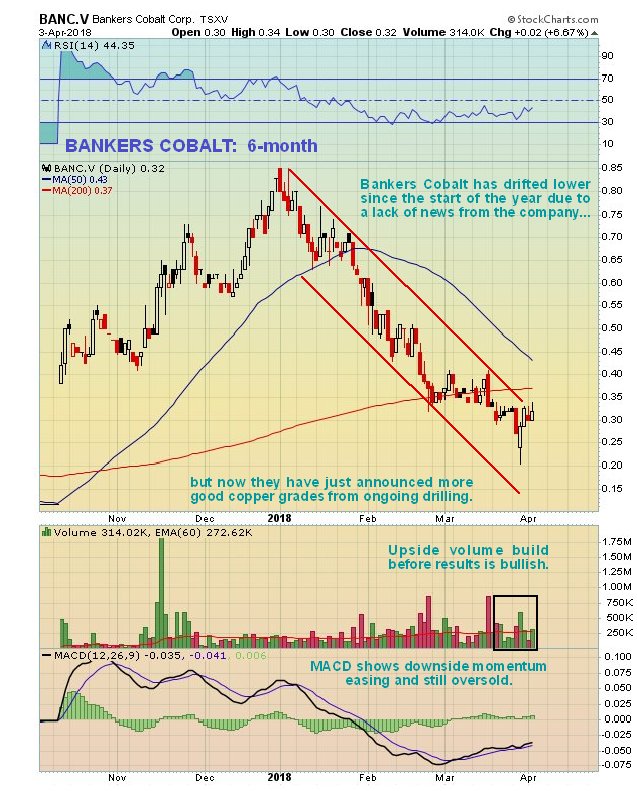 The 3-year chart enables us to see the bigger picture of what is going on in this stock. On this chart we can see that it broke out last fall from a large Pan Base that had formed at a very low level, which it did with a gap and heavy volume, which was and is bullish. It got ahead of itself and reacted back hard this year, so hard that it gave back most of the gains made on the spike, with this decline completing the Handle of the large Pan & Handle base. Now it looks like it has overdone itself on the downside and should turn up again here.