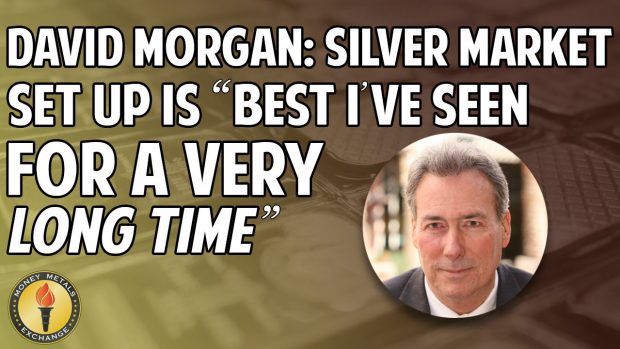 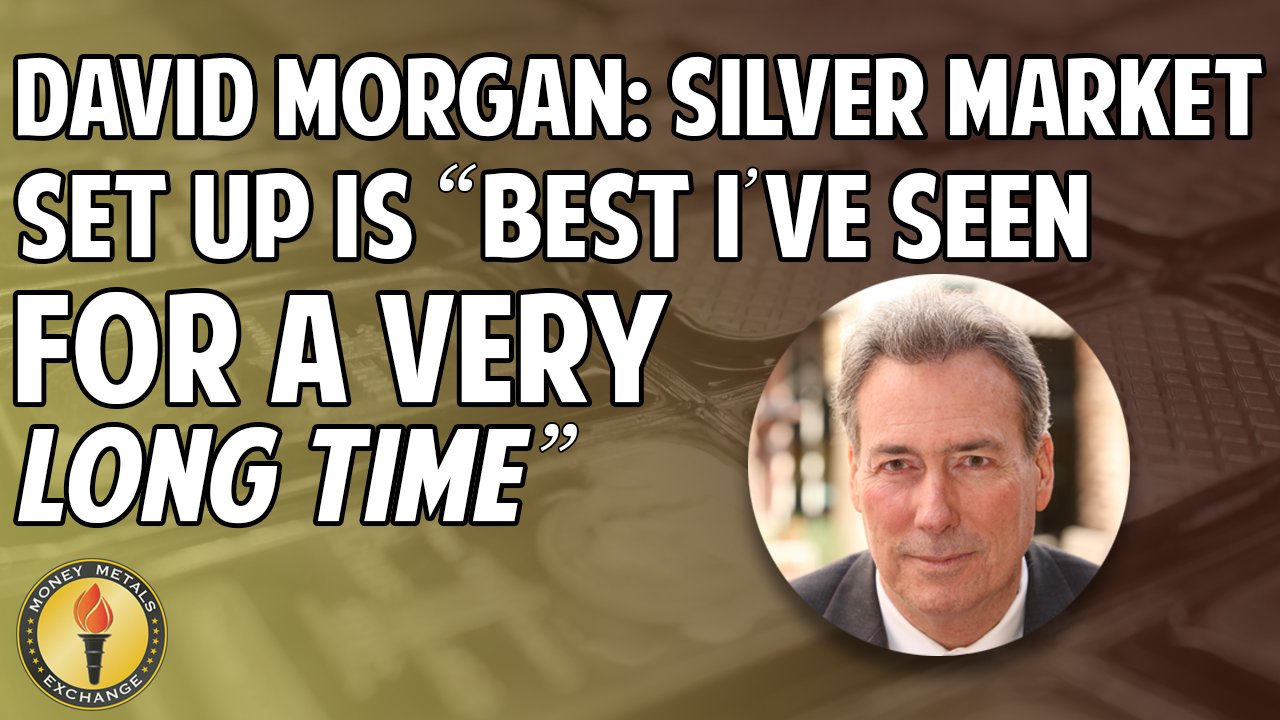 Mike Gleason: It is my privilege now to welcome in our good friend David Morgan of The Morgan Report. David it’s always a real pleasure to have you on and welcome back, how are you sir?

David Morgan: Mike I’m doing well, thank you very much for having me on the show.

Mike Gleason: Well, David, we’ve seen a tremendously tight trading range in the metals markets over the last several months, especially in silver, and before we get into some other topics with you today I wanted to get your thoughts on what these prolonged periods of a range trade or a base building market generally means for us moving forward. When you see this type of thing on the charts for one of the precious metals or for some other commodity for that matter, I know you cover a lot of different markets, does it mean that we’re likely to see a big move one way or the other? Is it a bullish indicator that we’re building a major base of support from which to launch, what do you think?

David Morgan: Well I know what and it’s not me, it’s not David Morgan that’s basically, watch anyone that really studies markets at all. If you look at what happened with silver after the big move in January of 1980, they built a base around the $5 level for years and I give the analogy and it’s very similar to building a base as a triathlete or a long-distance runner, the longer your base, the better your base, the better will be your race. And what that means is the longer it goes in its consolidation or base building period between roughly $15 and $18 let’s say, the bigger the move will be the upside. I don’t see much downside here, in fact the market is very clear at this point in time in both gold and silver that all the lows have been higher lows, which means we’re in a new bull market.

Now it’s a very stealth bull market, no one is really paying much attention to it except for some of the technicians in the gold space and some others, some smart with money, some big money actually. But it means that we’re going to go far higher at some point and of course as my famous coined phrase, the silver market will either wear you out or scare you out. We’re in the wear you out phase, it’s just droning on sideways day after day week after week month after month and most people are just entirely tired of it and it moved on, they’ve sold their silver or whatever, a lot of people have left the market.

Mike Gleason: There has been a fair bit of focus on the Commitment of Traders data lately, you cover that in this month’s edition of The Morgan Report. Now on the surface the setup has looked quite bullish for silver with the bullion banks reducing their short position and speculators going net short for the first time in more than a decade. Given that the banks usually wind up winning against the speculators this looks like silver prices could be heading north, but you’ve been digging a little bit deeper into that data and there is some reason for pause, not everything in the report is bullish. We’d like to get your current assessment on the Commitment of Traders but first if you would explain a bit more about the COT, what it is because there are many listeners out there likely who may not be familiar with that report or how it can be used to forecast price moves.

David Morgan: Certainly, the Commitment of Traders reports are produced for I think almost all the commodities. And it basically shows what the big money is doing versus the speculative money. And the big money in corn are the corn producers. The big money in wheat are the wheat producers. The big money in any commodity are basically, usually, the producers of the commodity. Now when you go to silver it’s a little different because the commercials or the big money and commercials is how it’s quantified in the Commitment of Traders report. So, the commercial interests are those that have a commercial activity in wheat, rice, corn but in silver is it the miners that are the commercials and the answer is not really. The commercial interests are primarily the banks, which have the books of the big producers. So a big producer of silver would be a huge conglomerate like Rio Tinto or Broken Hill Properties, Billiton or some of the larger gold mines or some of the primary silver mines and they, the banks, will have the access to basically what their output is and it will do the quote-unquote hedging for these entities and they will trade for themselves in their own account and/or trade for their customers.

So, the commercials in the silver industry are primarily the large bullion banks. And again, just to try to clarify that the bullion banks do a great deal of work with some of the larger producers of silver primarily on the base metal side, in other words these large conglomerates I just named. So, the other side are what’s called trading funds or speculative funds, and these are commodity funds that the public can basically buy into and they buy a fund that trades commodities for them, they put up their money and they win, lose or draw based on how the commodity fund performs. There’s also trading funds that are unique to family offices or hedge funds in particular, so I can’t categorize them all as being the same, but the Commitment of Traders reports puts all speculative trading funds in the same category and I think that’s accurate. And the last category is basically the public, which holds very little as far as contract size, but they do definitely make up part of the speculative interest so to boil it down very simplistically you’ve got the commercial interests versus the speculative interests.

Now the commercial interest wins almost every time and it depends on the commodity, but we’re talking silver here, and physical demand is a very small percentage of what the paper interests show on any given day in the commodities exchanges. And this isn’t just true of silver although silver is exceptional as far as the amount of difference between physical demand and the amount of paper behind it but all of them, you look at again the corn market, the wheat market, lumber market, cocoa, cotton it doesn’t matter, whatever you look at the amount of actual physical commodity that comes off the exchange relative to the amount of paper that supports a contract is minuscule, usually in the one, two percent range. So that’s not that unusual, you can’t just point at silver and say, “look they’re only 1% whatever comes off the exchange versus all these paper contracts,” it’s also true in most commodities. Again, silver is a bit exceptional as there is such a huge difference between them. However, what happens is the price is set in the paper markets and as long as there is enough physical to cover the physical demand and so far with few exceptions there has been.