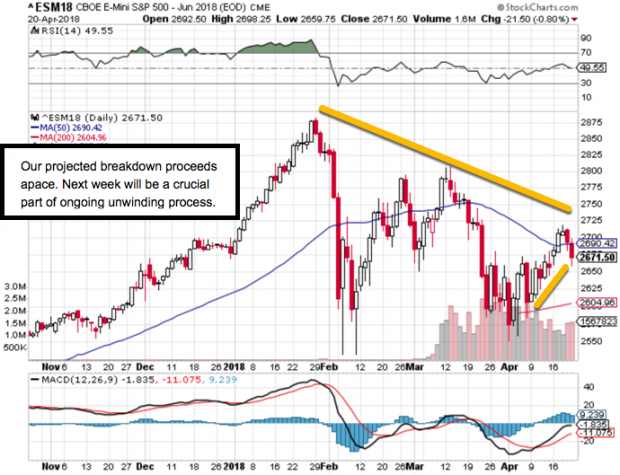 Poising for a potent purge seemed predictable over the past week for a number of probable reasons. Foremost was the technical extension that gave our belief resistance was significant at June S&P 2700-2720.

Also it was notable they were trying to provide leadership primarily from a group of tired worn-out overpriced stocks, that had assisted the delusion of a stronger market (on light volume), as was supported by strong Oil.

The oil gains triggered a lot of short-covering (in oil stocks and in oil) in what I thought was an irony ‘after’ a nearly $30 / bbl jump in WTI over the past months during which we were bullish. It made no sense ahead of an OPEC Meeting, where it was clear the Russians were unhappy so were pressuring the Saudis to cooperate with higher Russian production.

(Again you might relate it to their inaction when we attacked Syria’s chemical facilities or even to President Trump reversing policy about new sanctions on Russia, even before conveying it to UN Ambassador Haley a bit of a brouhaha momentarily erupted over that slight oversight).

Along the way we suggested oil was essentially fully-priced for now; with the $70 ‘cap’ removed just to allow for geopolitically-related spikes, that in this case (at least so far) have not pushed oil over that level. My point of course was that we were bullish on dips for many months for oil and for oil stocks; and that worked great, while many fought the upward oil trend for ridiculous reasons that don’t apply now (or yet); like alternative energy sources that do matter; but it will be years before they really hamper oil. 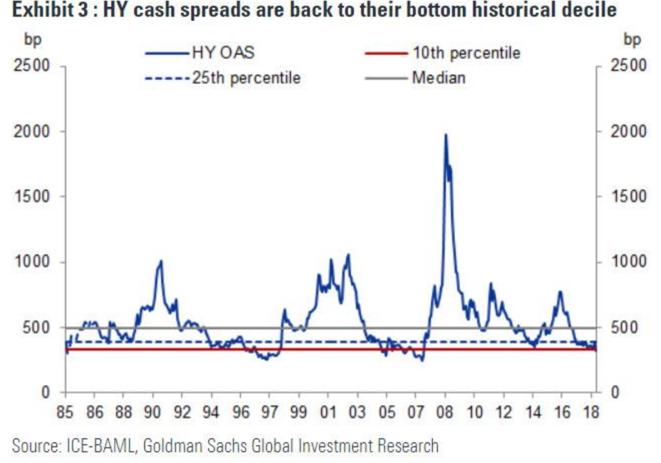 I suspect at some point there will be less excessive oil exploration ‘if’ the economics really shift in the direction of alternative energy; and that may ironically reduce ‘new’ supply of Crude, holding the price up, not down. At the same time US shale oil drilling was assisted by Saudi keeping prices up a bit. While at the same time shale ‘reserves’ are likely lower than are recognized because ‘flush’ production depletes faster than the optimists were suggesting (or the drilling program funding packages are based on) and that also may constrict supply down the road.