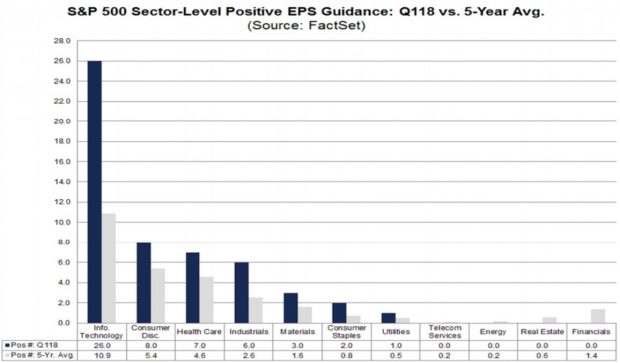 Earnings Season Is Ready To Save The Stock Market

Earnings season will be starting this month. That’s a welcome relief for the stock market which has been dealing with a lot of negative headlines mostly from the tariff battle with China. The market is in an unusual situation where earnings growth is remarkably strong even though the business cycle is close to ending. Cyclically, regulations tend to be relaxed at the end of the cycle, but the timing of the tax cuts and repatriation holiday is unique. Adding in that this is already the second longest recovery since 1854, makes this a period which is incomparable to others.

One other factor is that this market had been surviving on momentum from the election in November 2016 until January 2018. The optimism peaked and stocks corrected. Usually when a stock goes through a period where it shifts from being owned by growth investors to value investors, it goes through a major crash which takes many months to recover from. The market didn’t need to do this because of how quickly earnings will be growing in 2018. It’s tough to underestimate the size of the decline that would’ve occurred without the tax cut. It could’ve easily been 20% to 30%.

The 2018 earnings aren’t just pie in the sky expectations even though they seem like that. The estimate revisions were the best ever and the 53 firms reporting positive EPS guidance is the highest since at least Q2 2006 when FactSet began calculating it. The chart below shows the sector level breakdown of the positive EPS guidance for Q1 compared to the 5 year average. Since this is the best quarter in the past 12 years, most sectors are higher than the average. As you can see, the tech sector is leading the pack with 26 firms reporting positive guidance. This is interesting because tech has been selling off in the past few weeks. 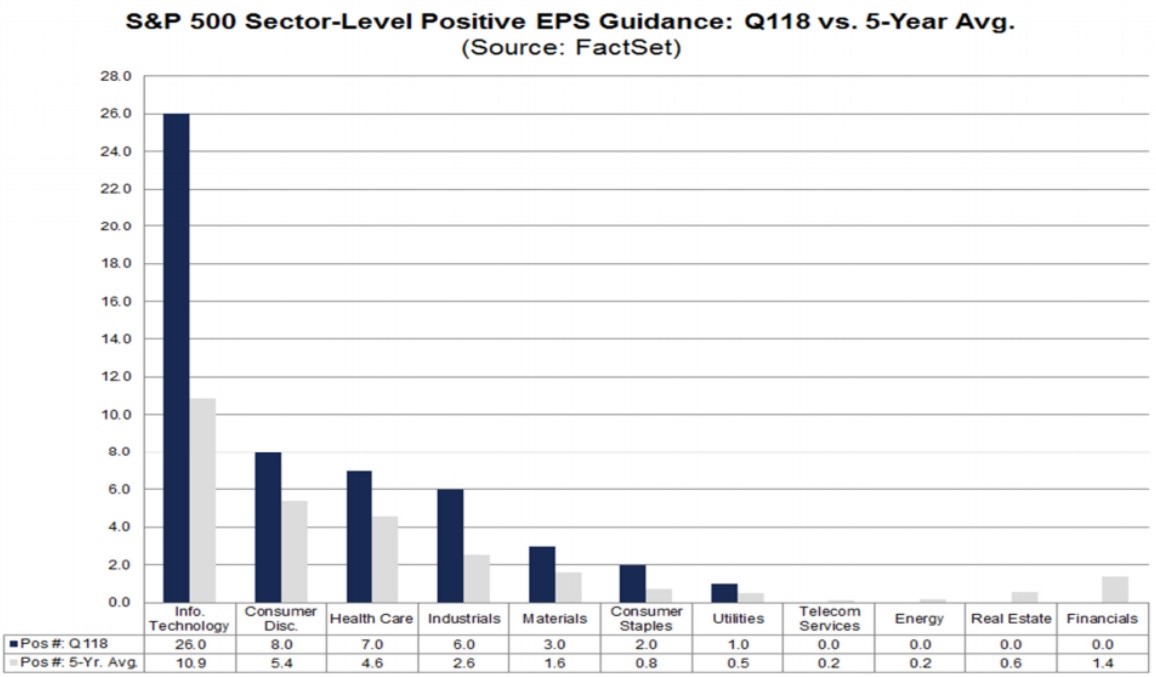 In my opinion, the best way for the tech sector to rally is for the firms which aren’t facing regulatory scrutiny to become the new leaders while the ones facing the issues struggle. Microsoft faced antitrust issues in its growth heyday. Let’s see how Facebook deals with its woes. Mark Zuckerberg will testify in front of Congress on Wednesday which is always a bad sign. Mark has stated Facebook will be investing so much in safety and security that it will impact profitability. That’s not a good sign, but it’s the best option in a situation with a bunch of bad ones.