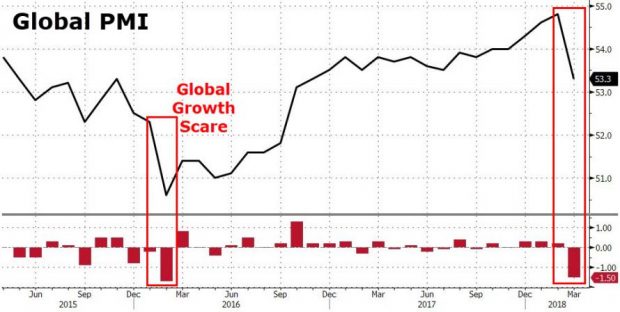 After rising confidently for 5 straight months, Global PMI collapsed in March – plunging to 16-month lows, dropping by the most since Q1 2016’s global growth scare. 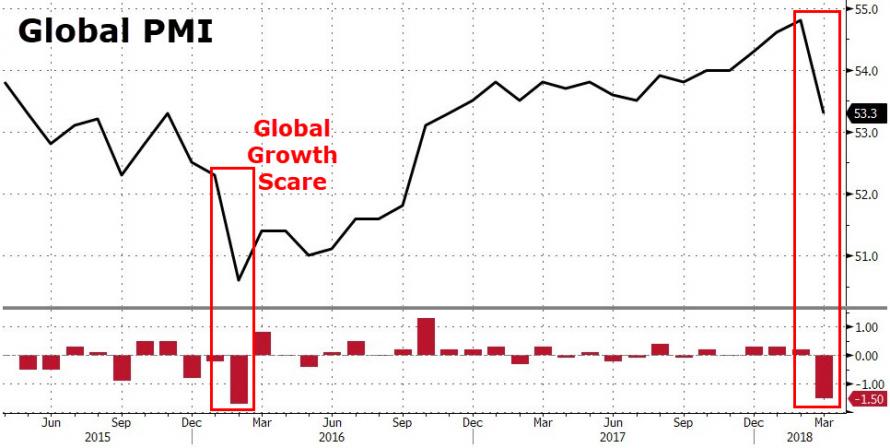 As Markit notes, global economic growth slowed sharply to the weakest in over a year in March, according to the latest PMI surveys. Although some of the slowdown may prove temporary, the broad-based nature of the weakening suggests growth has peaked. Price pressures meanwhile remained elevated, in part due to supply constraints giving pricing power to sellers.

To put the decline in context, while the February PMI reading was consistent with global GDP rising at an annual rate of 3.0% (at market exchange rates), the March reading is indicative of 2.5% growth. 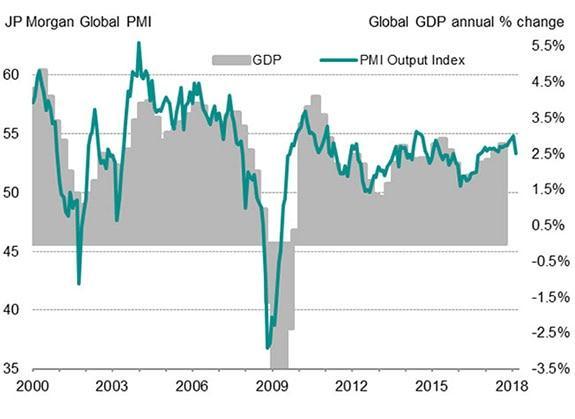 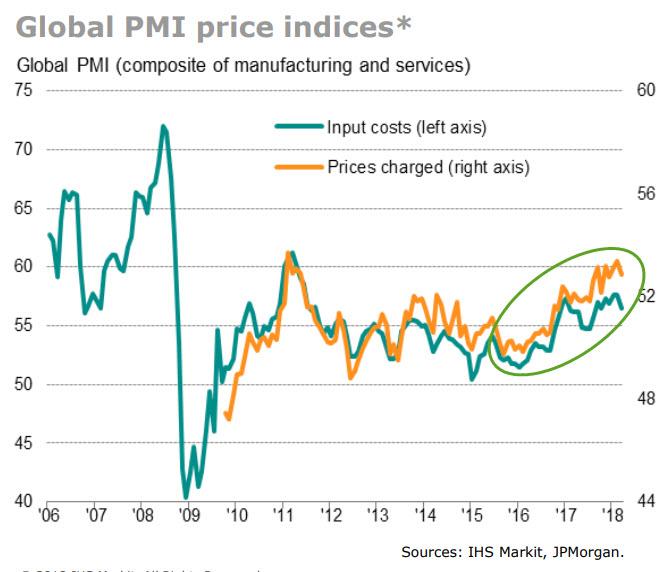 Machinery and equipment makers – bellwethers of business investment spending – have recorded the strongest global output growth of all sectors covered by the PMI surveys so far in 2018. 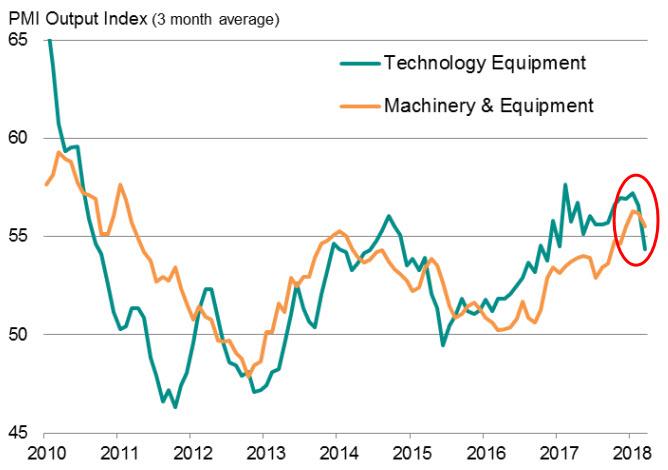 And the globally synchronous recovery narrative has collapsed as major developed markets are all now rolling over and dropping in a ‘synchronized manner’… Weaker rates of expansion were seen in all four of the largest developed economies. 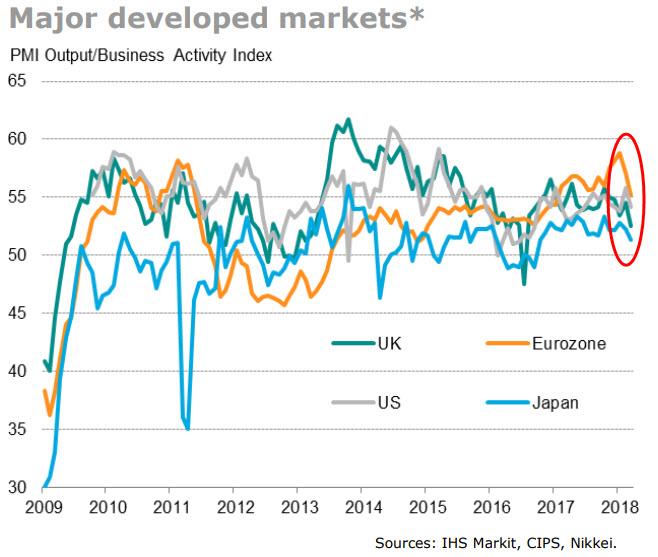 Of course, none of this should be a surprise as China’s credit impulse has been leading this global pump and dump for the last few years… 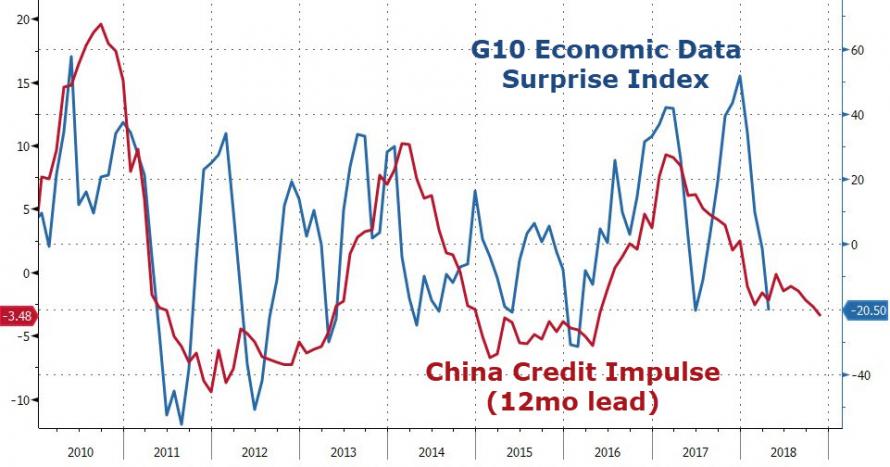