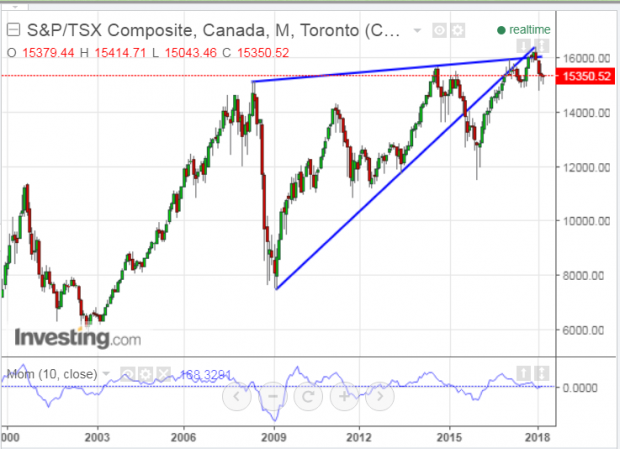 Not much has changed with respect to price action since I wrote my last post about Canada’s TSX Index, as shown on the following monthly chart. It’s still dangling precariously outside of its long-term upward trending triangle formation, after dropping 7.22% from its record high set on January 4th. The momentum indicator is in downtrend, but remains above the zero level. 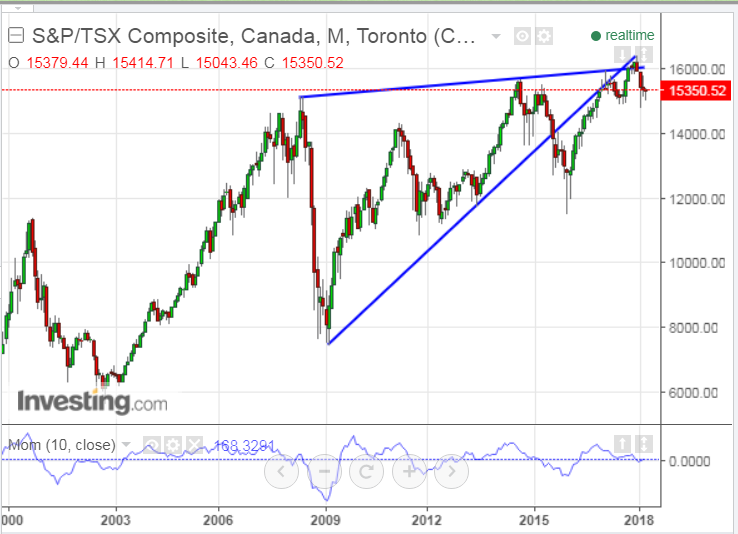 On a shorter-term weekly basis, the TSX is caught in between two horizontal price resistance and support levels of 16,000 and 15,000, respectively. The momentum indicator has made a lower swing low and is below the zero level…hinting of further weakness ahead. 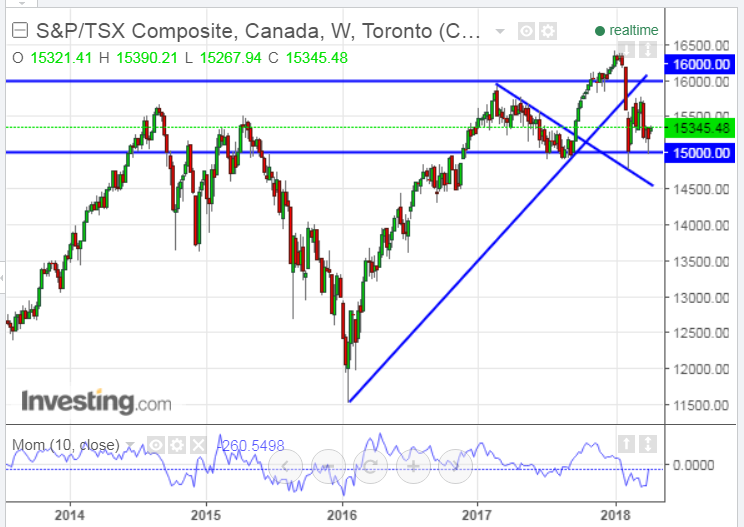 On a political note, the Federal and BC governments may face court action from Kinder Morgan over its currently-halted Alberta/BC Trans Mountain pipeline construction project and there is much news covering that issue today…the following snippets are a small sample. 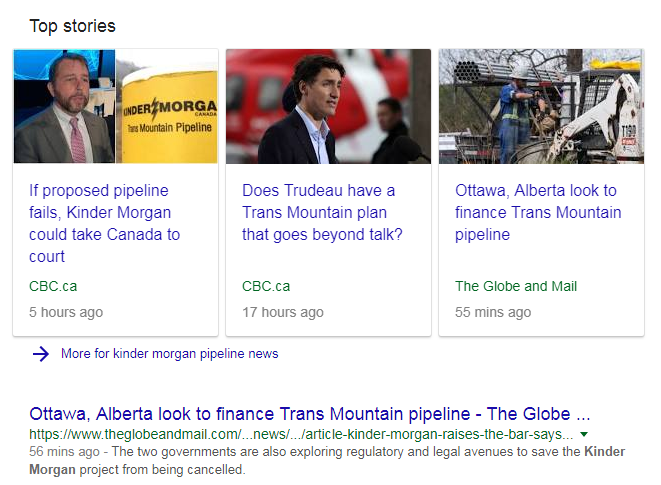 It seems to me that the development of Canada’s national energy infrastructure is a matter of national security.

To allow such a project to be potentially thwarted by small, self-serving special interest groups (who do not represent the country as a whole, nor who are accountable to Canadians and investments in Canada), would be the equivalent to willingly accept a third-world kleptocracy-style of government in place of one with progressive and prosperous supporting policies to serve the national interests of all of its citizens.

The question I, and many others, have is, “Is Canada open for business, or not?”

Unless Prime Minister Trudeau stops dithering and starts carrying out his duties of protecting Canada’s national security to fix these issues without further delay (even if it means mobilizing the army to provide security for the pipeline workers and the citizens surrounding the area), then he does not deserve to remain in office…failure to act would be tantamount to willful negligence of his duties.