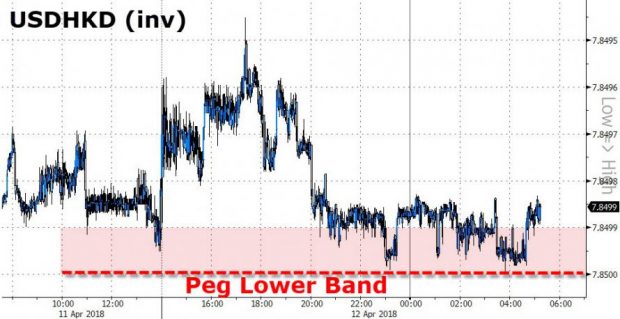 Having broken the lower limit of its currency peg band overnight, The Hong Kong Monetary Authority bought the local currency overnight for the first time since the current peg was imposed in 2005. However, the HK$816mm bought failed to move the needle… 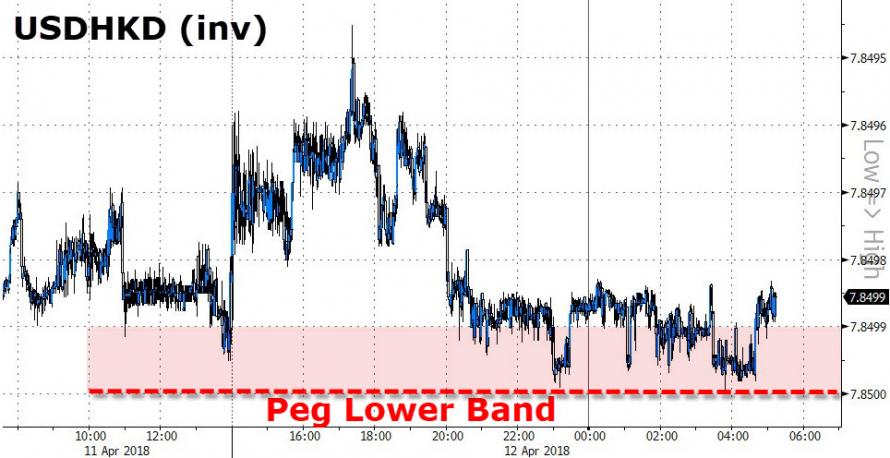 What stands behind the Hong Kong dollar? How much can they intervene until it breaks (Soros-British Pound style)?

The Hong Kong dollar is backed by the HK$4 trillion (US$513.5 billion) Exchange Fund, one of the world’s largest foreign exchange reserves. The fund, established as an asset war chest for defending the currency’s value, also makes investments, earning a record HK$252 billion in 2017 income.

However, they face an uphill battle as money flows are against them in the global carry trade. 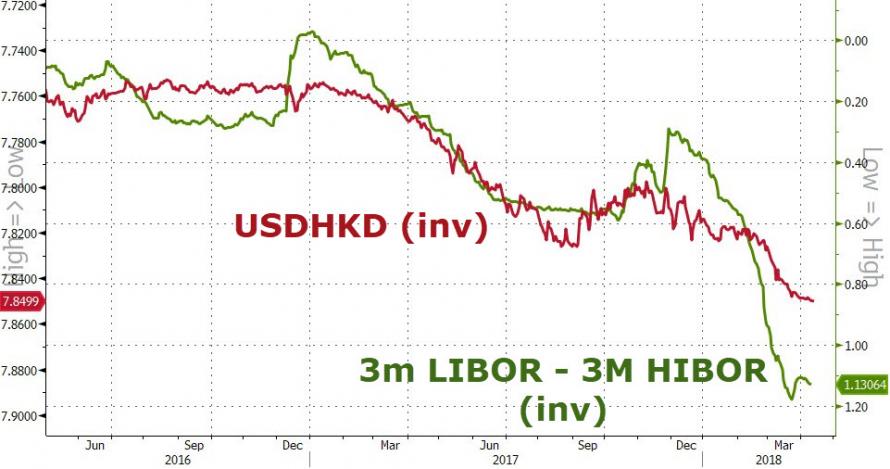 This is an arbitrage, where traders take advantage of differences in prices, selling a low-yielding product (the Hong Kong dollar) to buy a high-yielding product (the US dollar). In this case, the price difference is between the local borrowing cost known as the Hong Kong interbank offered rate (Hibor) and the US borrowing cost known as the Libor.

Simply put, traders are borrowing against the low Hibor, selling the Hong Kong dollar to buy the US currency for investments in high-yielding US assets. The difference between the two is widest since 2008.

As more traders pile on to the carry, more pressure is placed on the Hong Kong dollar, causing it to weaken further against the US currency… and The Fed’s plan to hike rates (as many as four times) will do nothing to help ease the situation – meaning any dollars sold in defense of the weaker HKD will be battling global carry trade flows driven by The Fed’s tightening.