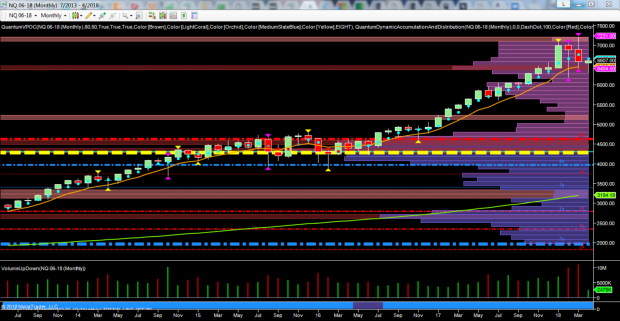 Is The Big Short Here At Last 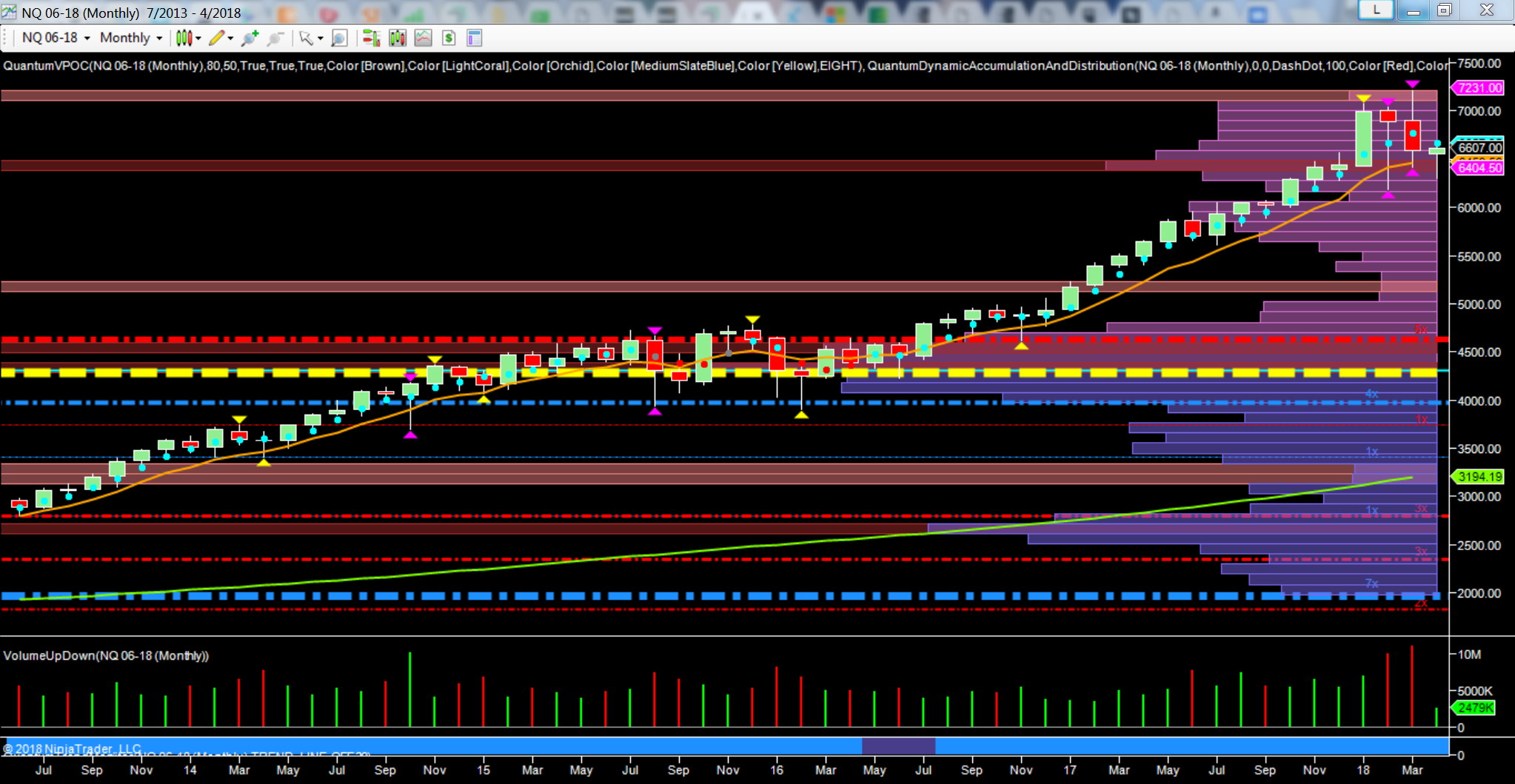 Given the level of market volatility that traders and investors have had to ensure since the start of the year, now may be a good time to consider some of the longer-term charts, and in particular the June contract for the NQ e mini. And also to consider whether we are looking at the first serious market correction since 2009.

I have selected this chart primarily because the NQ is the futures contract for the Nasdaq 100, which is the index that is the most sensitive to any major change in both the business and economic cycle. In other words, it can be considered a leading indicator for the US economy, and together with its sister index, the S&P500 will also influence the performance of global indices. Second, two of the most important companies in the index, namely Facebook and Amazon have recently been in the spotlight, with Facebook suffering a serious fall in its price following questions about its use and abuse of its’ users personal data.

By contrast, Amazon has felt the negative effect of the Trump tweet in which the US President has suggested the US postal service, and by extension, US tax payers are subsiding the company with cheap postal rates. However, commentators have also suggested Donald Trump’s criticisms of Amazon are personal and political given Jeff Bezos’s ownership of The Washington Post newspaper which has been critical of Trump.

But to return to the monthly chart of the NQ, and in particular, I want to consider the chart through the prism of my methodology of volume price analysis. For those of you unfamiliar with this approach this methodology is not new and is premised on the work of Richard Wyckoff, and in particular his three laws. In addition, VPA considers the market from the inside out. In other words, at the top of a major bull trend volume price analysis traders and investors would consider this not only a distribution phase, but also a ‘selling climax’, as it is the insiders selling out to those market participants fearful of missing out. It is when the FOMO effect is at its most powerful.