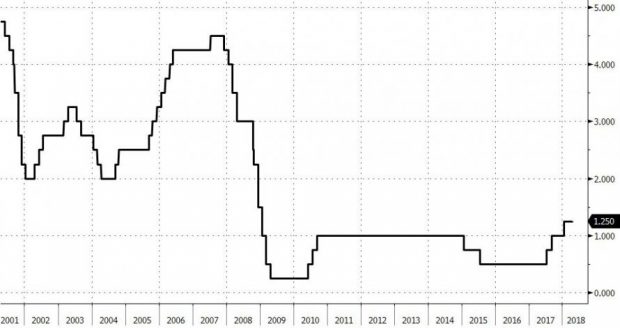 Loonie Drops As Bank Of Canada Holds Rates (As Expected)

With Canadian economic data at its most disappointing in 20 months, domestic trade-wars over oil pipelines exploding, and a housing market on the verge of collapse, The Bank of Canada held rates unchanged (as expected), sending a weak signal that sparked Loonie selling…

2018 has not been a good one for Canada’s economy…

but BOC writes off 1Q growth weakness, saying it will rebound in 2Q.

Slower economic growth in the first quarter primarily reflects weakness in two areas. Housing markets responded to new mortgage guidelines and other policy measures by pulling forward transactions to late 2017. Exports also faltered, partly owing to transportation bottlenecks. Some of the weakness in housing and exports is expected to be unwound as 2018 progresses.

Also says the economy will be slightly above potential over the next 3 years, crediting federal and provincial budget measures. 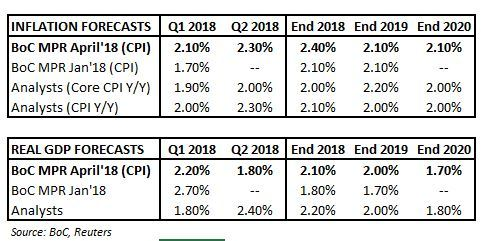 But the FX market is not buying it…

The central bank played down a faster-than-expected pick-up in inflation as temporary, arguing the shocks of higher gas prices and minimum wages in some provinces will dissipate by 2019.

These releases codify Poloz’s narrative the expansion can be prolonged without fueling inflation.