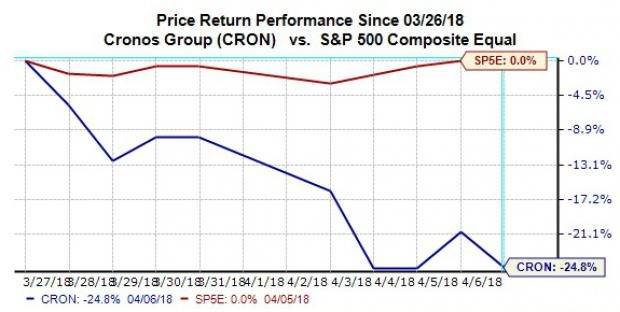 Stocks tumbled well into the red on Friday, with heightened concerns about a trade war between the U.S. and China weighing on investors around the world. A tit-for-tat tariff battle is clearly the last thing Wall Street wants to see right now, and despite the promise of another strong earnings season, major indexes are falling as plenty of folks are opting to play it safe.

Trade war fears have fueled volatility in several key global markets over the past few weeks. But interestingly enough, a series of headlines out of Canada caused a unique selloff in that country’s budding marijuana market, threatening to drag down one of the investment world’s hottest new segments.

The selloff in marijuana stocks was primarily a technical event—inspired, in large part, by the failure of industry bellwether Canopy Growth Corp. TWMJF to defend its 50-day moving average earlier this week. These trendy stocks are largely tracked by active traders with tight strategies, and Canopy’s dip below its 50 day led to a cascade of sell orders.

But investors who are seriously interested in this market know that there are plenty of different options to focus on. With this in mind, let’s take a closer look at how a few popular stocks with exposure to the marijuana industry fared during this recent volatility.

Cronos Group became the first pure-play medical marijuana company to list on an American exchange when it debuted on the Nasdaq in late February. The firm invests in companies that are licensed to produce and sell medical-grade pot. Here’s how the stock has performed over the past two weeks: 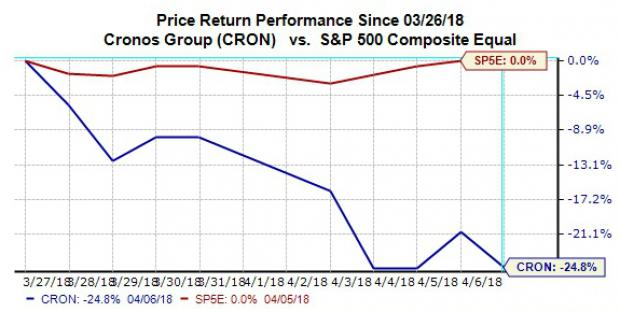 Based in Toronto, Cronos is particularly exposed to the technical headwinds of the Canadian marijuana market. This an inherent risk to this type of investment, and although the company has made some positive moves recently, volatility will likely linger.