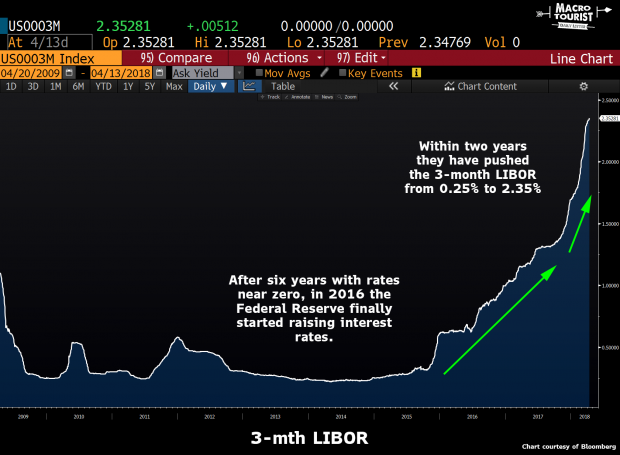 No Better Signal Than The Yield Curve

Remember back a few years ago when all the hard-money advocates were complaining about how the Federal Reserve was distorting the economy with their zero interest rate policy? Hedge fund managers like Greenlight Capital’s David Einhorn constantly harped about the artificial “sugar high” the aggressive monetary policy stimulus was inflicting on both markets and the economy. These disciples kept pushing for higher rates. Immediately. Like yesterday.

Well, they got their wish. After six years of leaving rates basically at zero, in 2016 the Federal Reserve embarked on a tightening campaign and rates have been marching higher ever since. 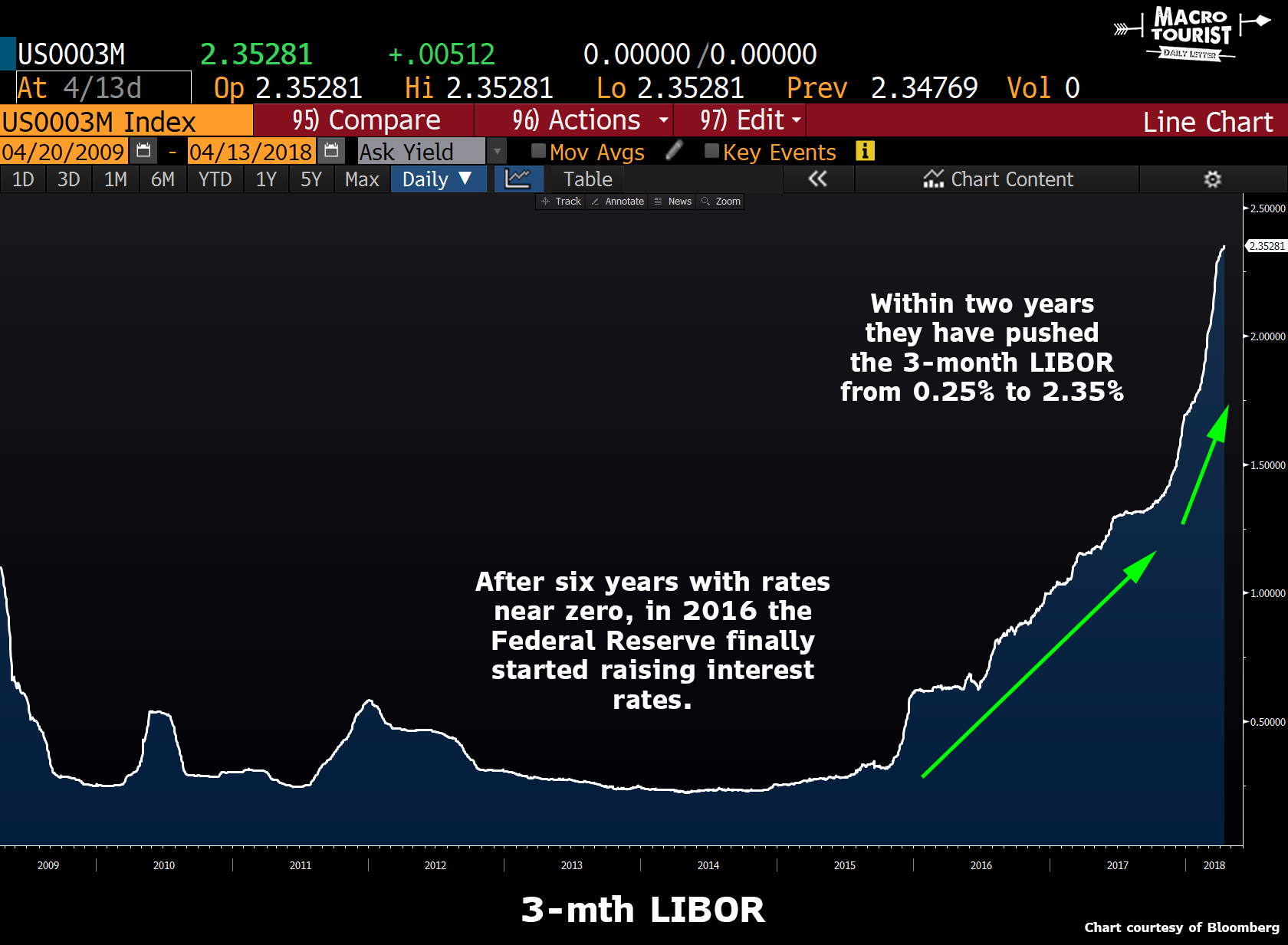 I can already hear the complaints from the hard-money crowd about why this isn’t good enough – the Federal Reserve is raising rates, but it’s been at a glacial pace. And no doubt they are correct. This has been one of the slowest tightening cycles on record. And let’s face it – two hundred basis points of tightening in two and a half years is not that much.

Yet, the reason for the dawdling pace of rate raises can best be summed up by one of Forest for the Trees’ Luke Gromen’s tweets: 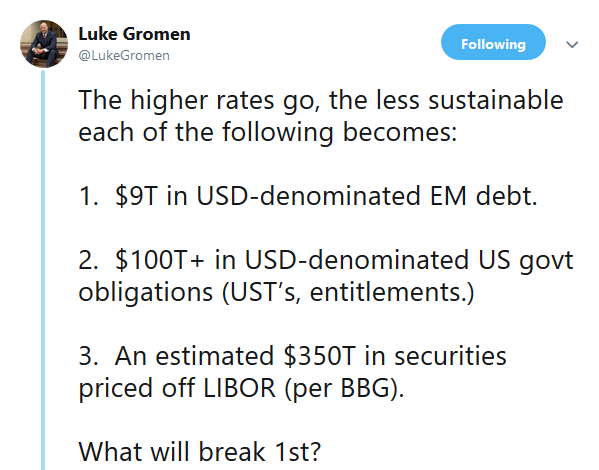 Never has the world been this indebted. To think this massive debt burden won’t affect the economy’s sensitivity to rate hikes is just naive.

I have no desire to engage in a discussion about the correct course of Fed action. I have my opinion, but it means squat. I am much more interested in figuring out what the market believes.

During the past two years, the whole LIBOR curve has been pushing higher. For example, here is the Eurodollar 3-month future yield curve today and one year ago: 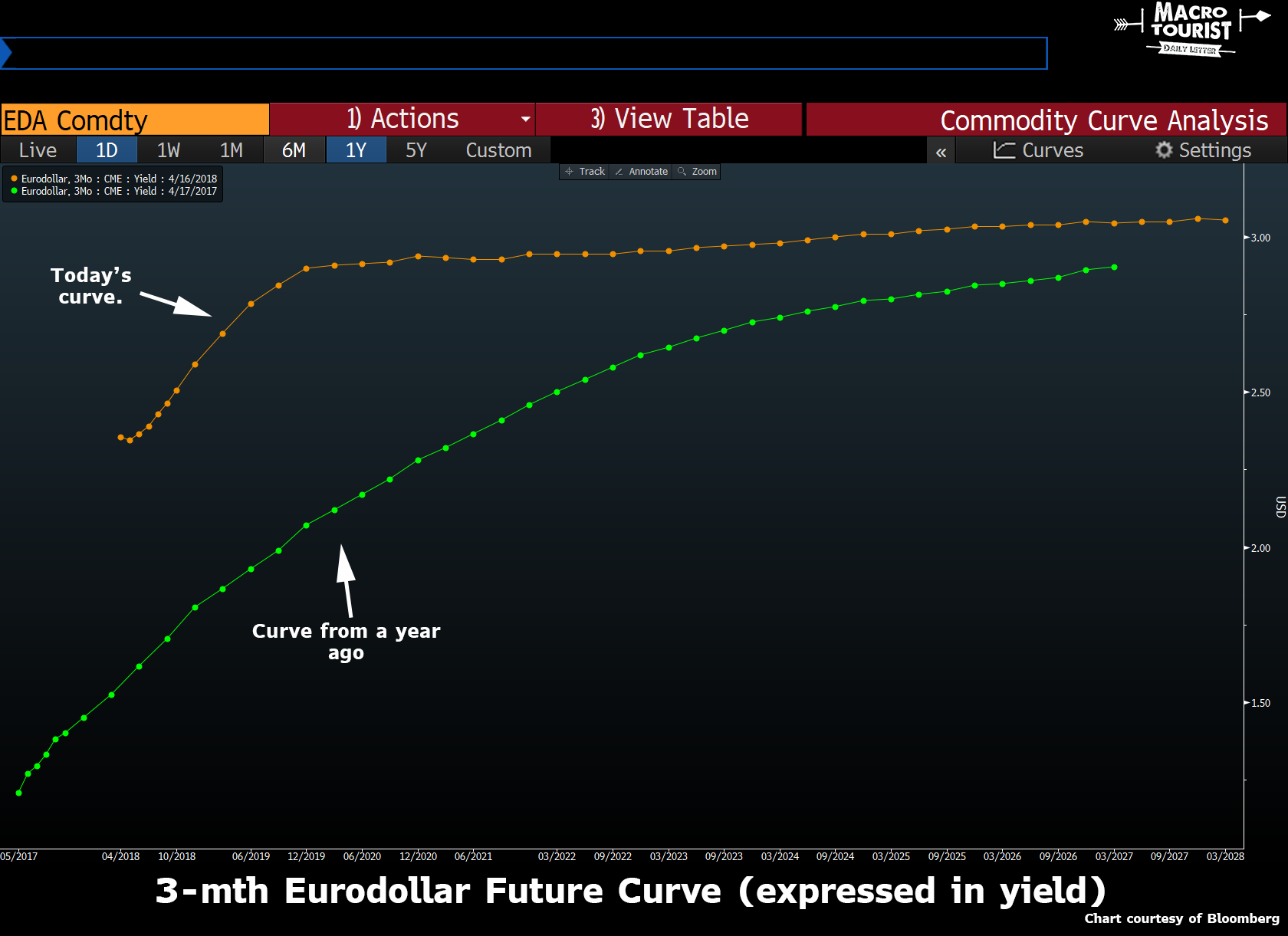 Easy to understand. The whole curve has shifted higher as the Federal Reserve has raised rates.

But the developments of the past month are much more interesting. 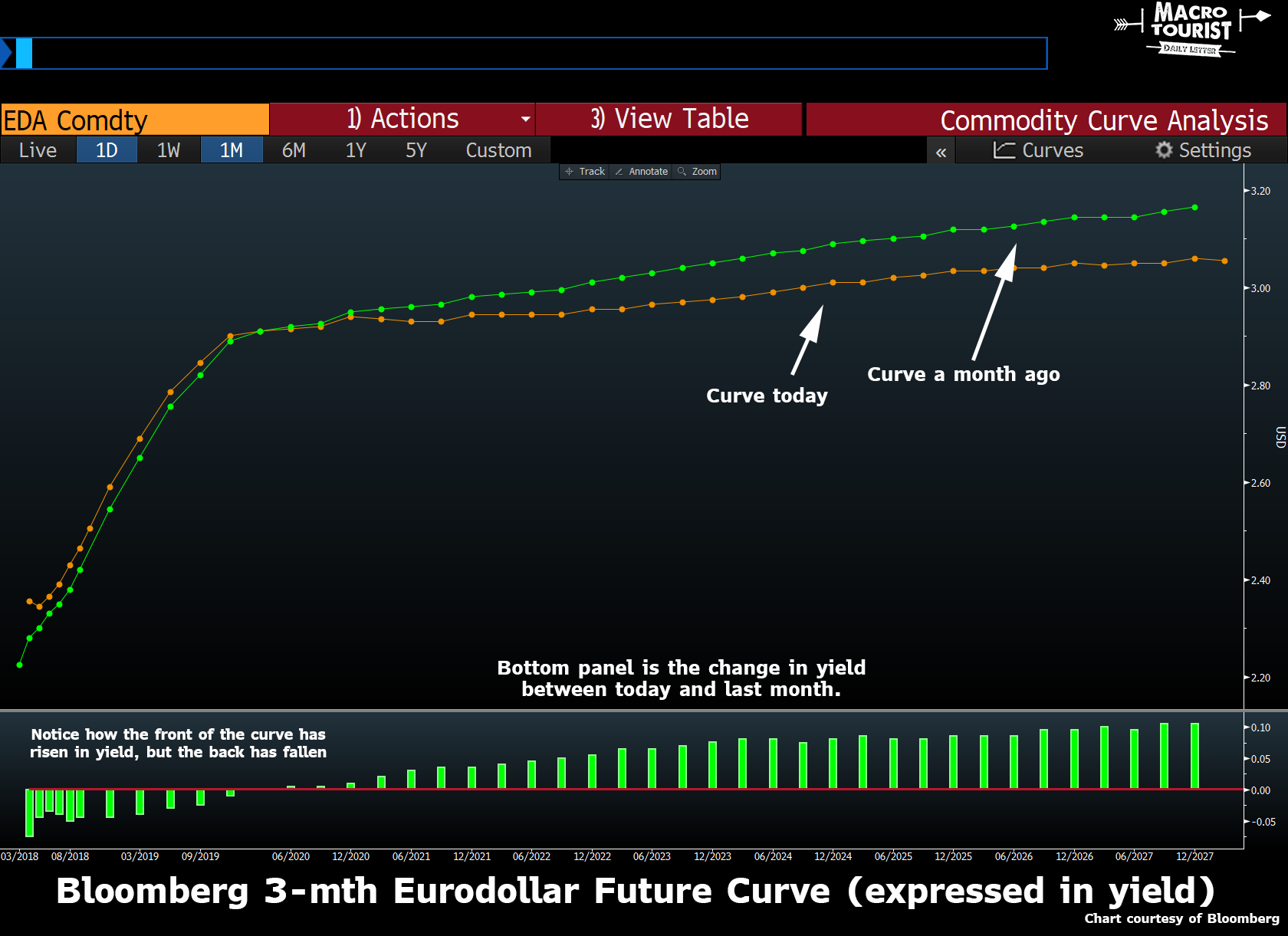