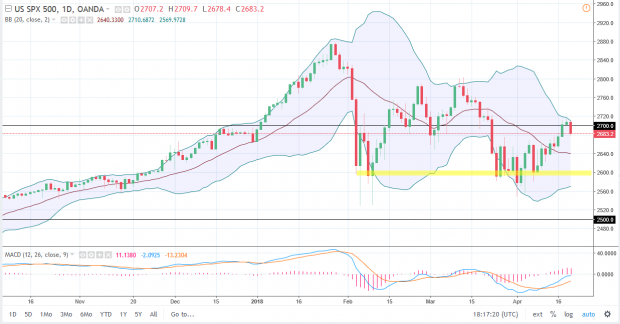 The S&P 500 fell during the trading on Thursday, breaking below the 2700 level. After forming the shooting star and Wednesday and look as if we were running out of strength, and that seems to be the case now that we have rolled over during trading on Thursday. Even with this move, it looks like the 2650 level should be supportive, based upon the previous resistance. I like the idea of buying dips as we continue to find value underneath. If we can break above the top of the shooting star from the session on Wednesday, that would be another bullish sign, perhaps suggesting that we are going to go to the 2800 level. I like the idea of picking up value as it presents itself, especially if we can stay out of trade wars, and avoid an extension of the tariffs. Corporate earnings have been reasonable, and therefore I think the buyers will return. However, in the short term it looks like we may have a little further to go to the downside. 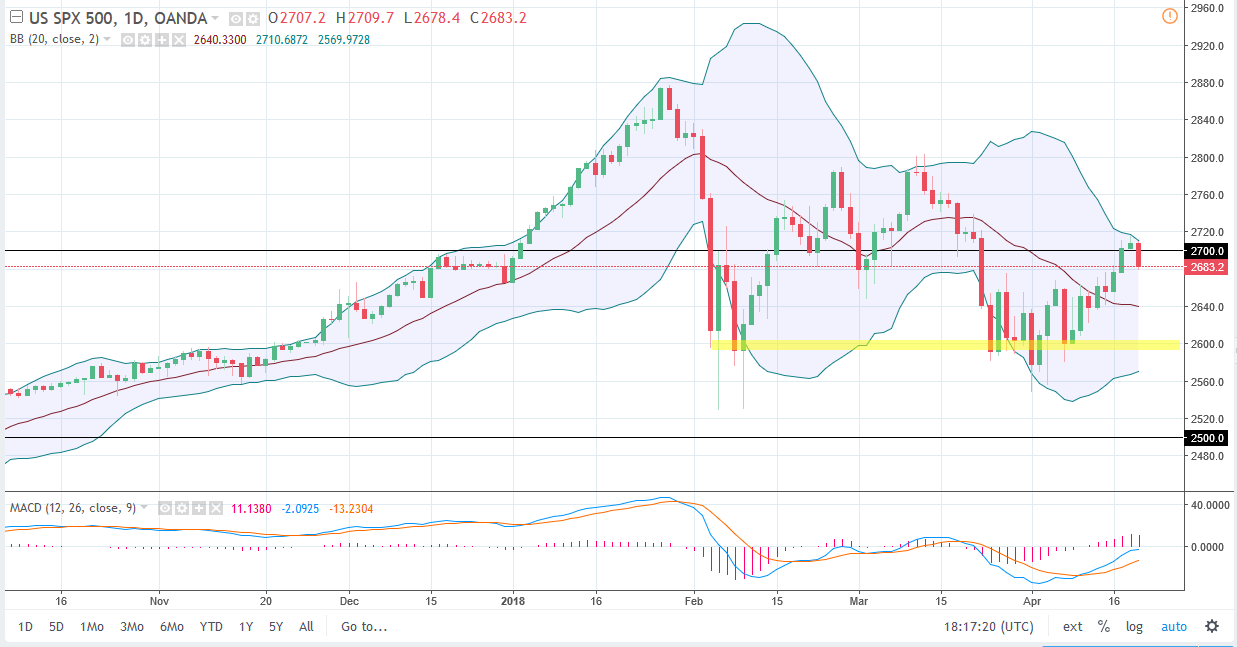 The Nasdaq 100 also fell during trading, as Thursday was a bit rough. However, we still have plenty of support at the 6700 level to be found, and I think that we will probably find buyers jumping into the market somewhere in that area. The alternate scenario as we turn around right away and break above the highs from the Wednesday session, which would also have the market heading towards the 7000 handle. That’s an area that has been resistive in the past, but I think it’s only a matter of time before breakout above there. When you look at the chart zoomed out the way I have it, you can see that we are trying to form a “W pattern”, which is a very bullish sign. 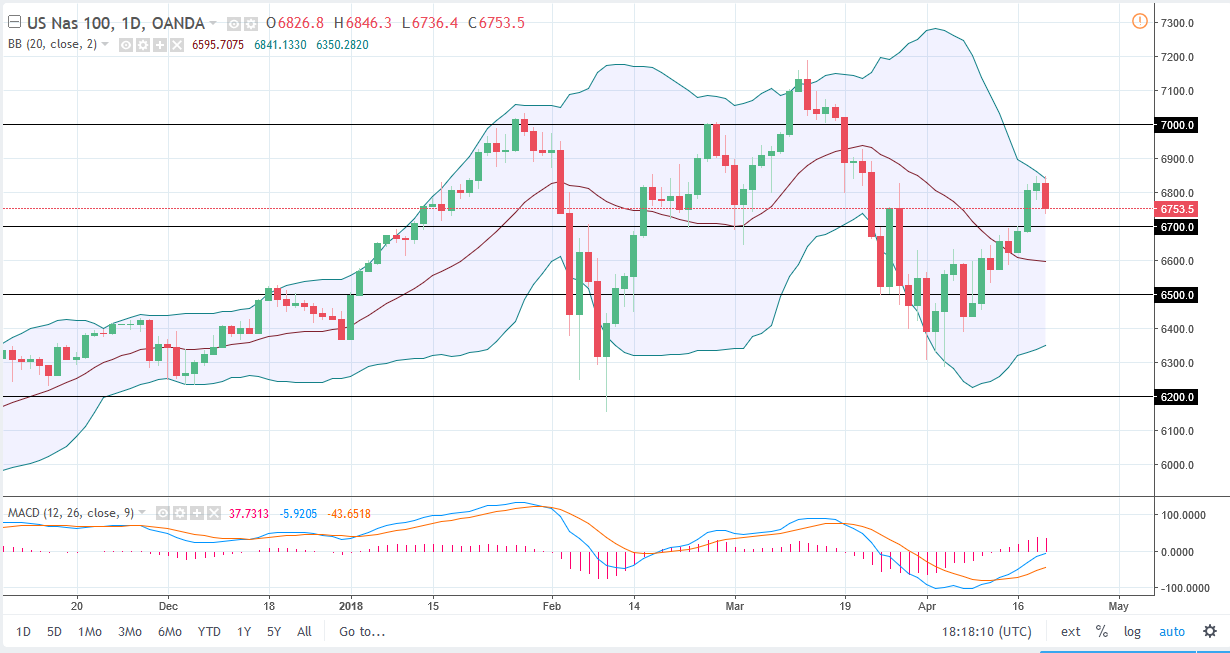