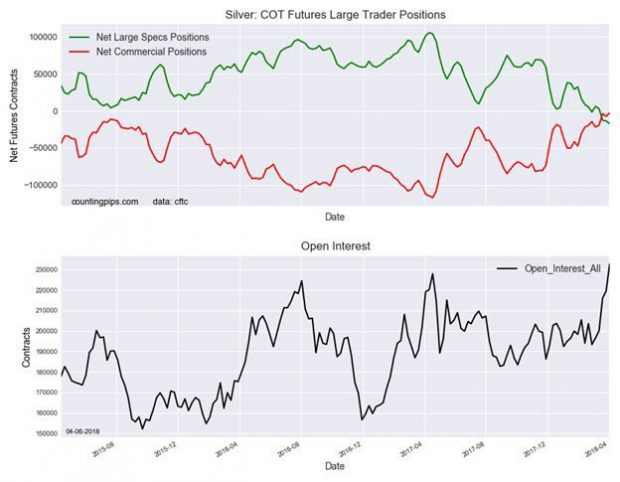 Silver May Be Getting Ready To Shine Again

The setup for higher silver prices is so good it’s scary. The relative positioning of speculators versus the bullion banks in the futures markets is extraordinarily lopsided.

A bet on silver moving higher from here looks a lot like a no-brainer. So much so that David Morgan, publisher of The Morgan Report and silver guru is advising just a bit of caution, as he told listeners in an exclusive interview on this past Friday’s Money Metals Weekly Market Wrap Podcast.

The bullion banks (Commercials) are almost certainly now betting for higher silver prices and have relinquished their concentrated short position.

Meanwhile, the large speculators are positioned increasingly short. The good news for silver bulls is the bullion banks dominate the futures markets, by hook or by crook, and they generally win versus the speculators.

In the chart below from Zachary Storella (Investing.com), the red line represents the “Commercials” which are the bullion banks and miners. It shows their collective position virtually even, or neutral. It is the first time this has happened since the Commodity Futures Trading Commission began publishing the more detailed Commitments of Traders report in 2009. 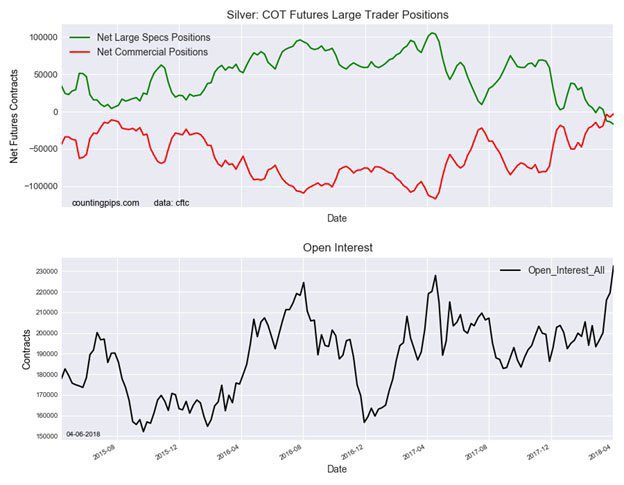 One could argue that if the commercials are neutral, that isn’t exactly the same as the bullion banks being positioned long.

Remember though, the commercial category includes both the producers and the bullion banks. Miners are generally going to be short by default. It is typical for them to hedge their production by selling futures and delivering the physical metal later. This hedging allows them to raise funds for current operations and protect themselves from a drop-in metals prices down the road.

If the miners are short, the bullion banks have to be betting long.

Meanwhile, the speculators are taking the other side of that bet. If history is going to repeat and the banks are going to once again take the specs back to the woodshed for a whipping, it is full steam ahead for silver prices, right? Not quite so fast, says David Morgan.